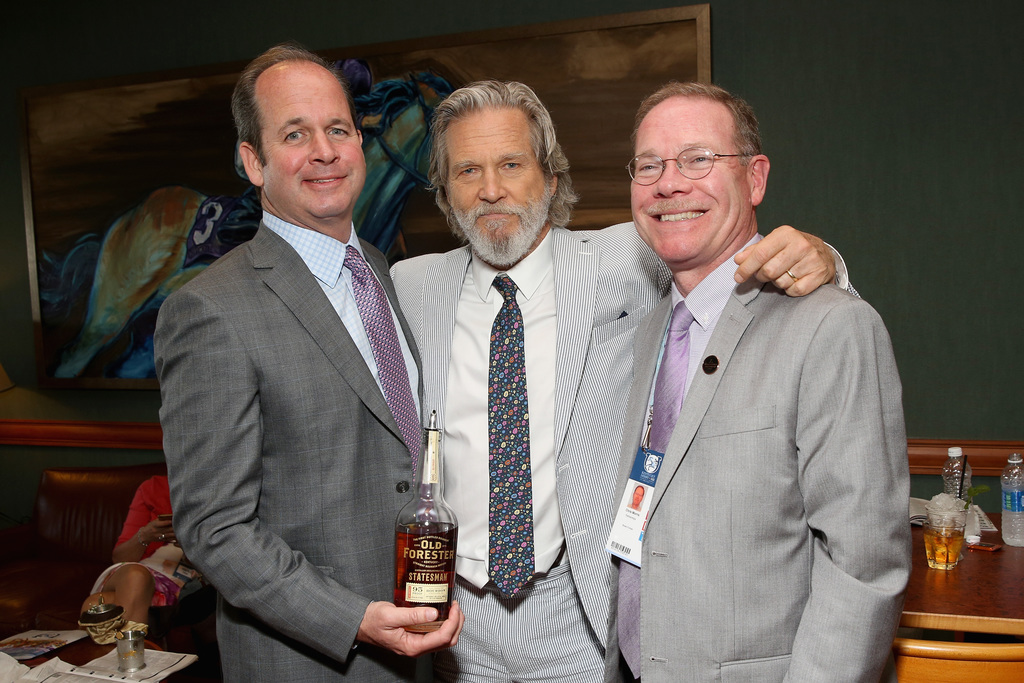 The Old Forester brand is releasing a new bourbon in collaboration with the movie “Kingsman: The Golden Circle.” Old Forester Statesman is launching in August, ahead of the film’s debut in September, in which it has a “significant” role. Jeff Bridges—who stars alongside the whiskey as the character Champ—debuted the bourbon at the Kentucky Derby this past weekend, where a sneak peek of the film was screened.

Kingsman: The Golden Circle continues the story of a secret spy organization saving the world behind the guise of a modest British tailor shop, as featured in Kingsman: The Secret Service. In the new movie, the American operation of the organization is called Statesman, and the crew works as bourbon distillers in Louisville, Kentucky. You can watch the trailer here.

Old Forester Statesman has the same mash bill as regular Old Forester, but is a selection of special barrels from the warmest parts of the warehouse, blended to create notes of devil’s food, leather, spices, and citrus. It’s 47.5% ABV and will hit shelves with a price of $55.