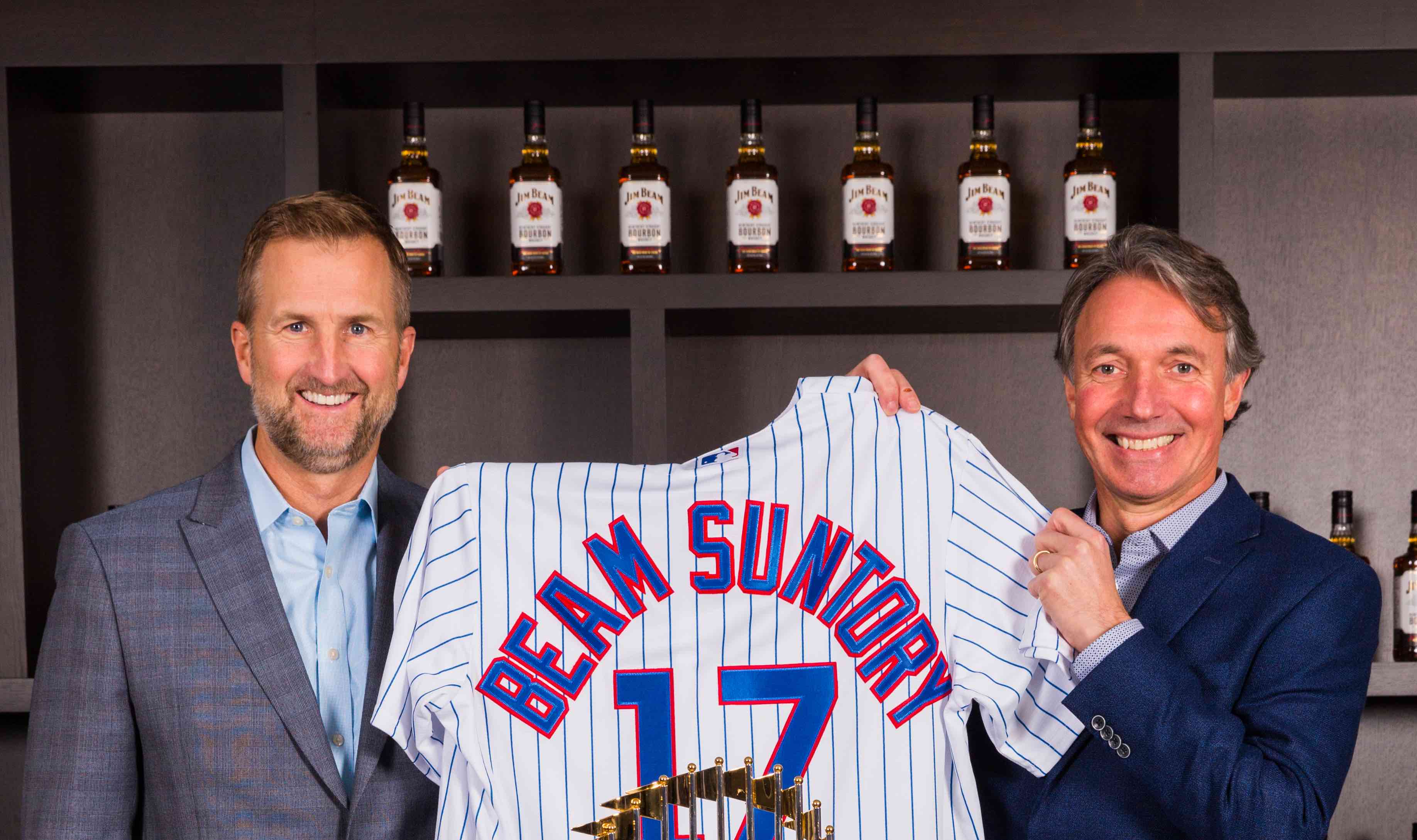 As part of a deal made by parent company Beam Suntory, Jim Beam bourbon will have long-term naming rights to a new first base club at Wrigley Field. The club will take two seasons to complete, so for now, expect to see Jim Beam signage and promotions in the upper deck patio where it will eventually be located, as well as throughout the stadium. The Cubs’ spring training home, Sloan Park in Mesa, Arizona, will also feature the Jim Beam brand.

You can’t hit the stadium every time you want a drink, however, so Jim Beam is also planning to release a special Chicago Cubs bottling this year. In addition, Maker’s Mark—also part of Beam Suntory’s whiskey portfolio—has launched a limited-edition bottle whose wax dip is red and blue, the Cubs’ team colors. That whiskey is available now at stores throughout Chicagoland. Other Beam Suntory brands, like Hornitos tequila and Effen vodka, will also be featured in the multi-year partnership with the Cubs. The sponsorship makes sense for Beam Suntory as the company recently moved its U.S. headquarters to downtown Chicago.

Although it’s more common to see beer brands backing the big leagues, the Cubs aren’t the first major sports team to have a prominent whiskey partner. In fact, last year’s World Series was sponsored by Evan Williams, and brands like Jack Daniel’s and Crown Royal frequently do tie-ins with teams, stadiums, and events. As whiskey continues growing in popularity, we’ll likely see even more of this kind of activity in the NFL and NBA, as well as MLB. After all, whisky fans already enjoy a drink while cheering on their teams at home or at the bar—why not in-person as well?