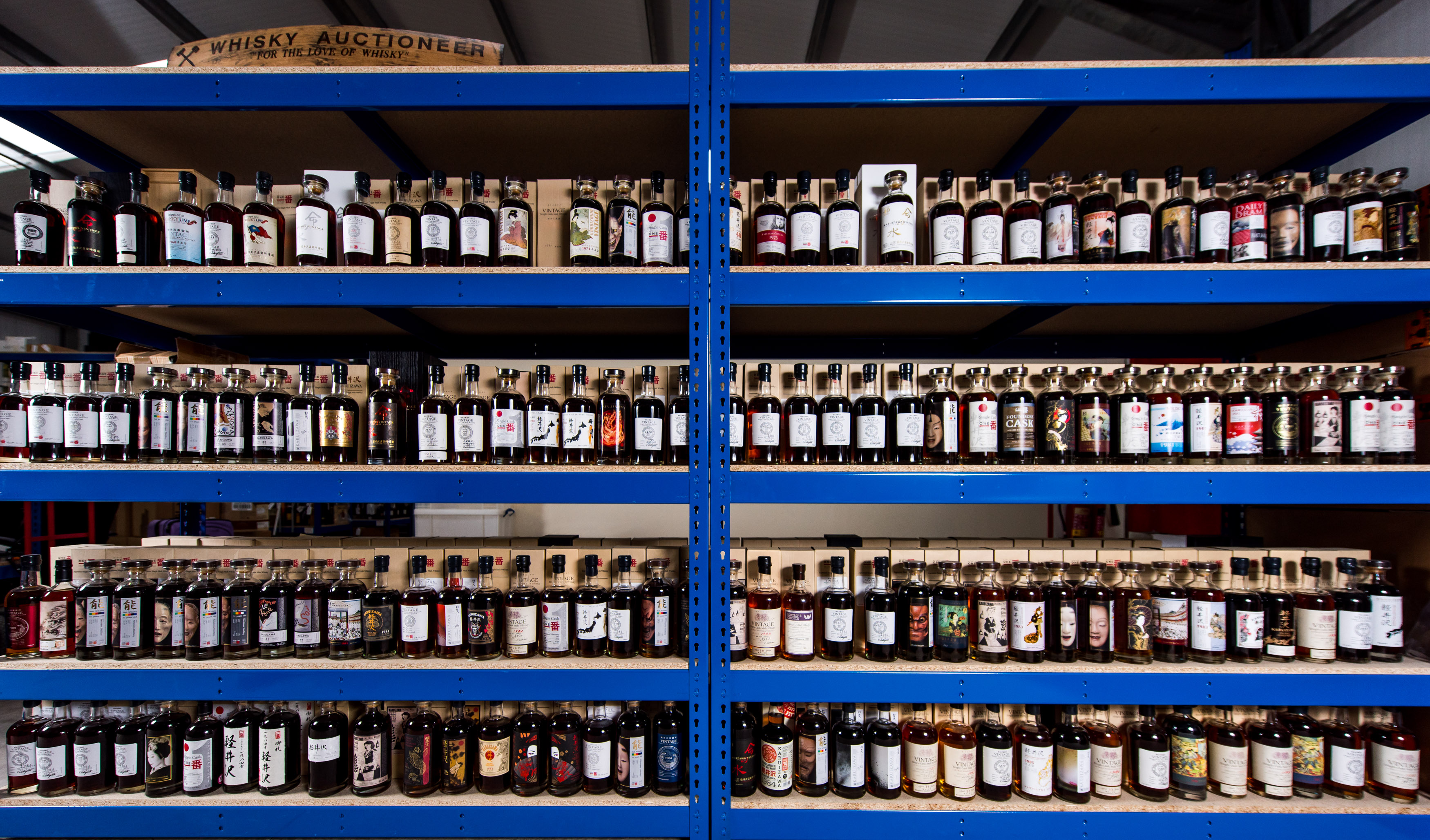 A bottle of Karuizawa 1960 52 year old, nicknamed “The Wanderer,” has broken the record for the most expensive standard-sized bottle of whisky sold at auction, wresting the title from the Yamazaki 50 year old. The record-breaking bid of $141,551/ HK$1.1million was set on April 2nd by Poly Auction Hong Kong (with buyer’s premiums, the total was $166,793/HK$1,298,000). This represents a 29% increase over the previous record of $109,585/HK$850,000 set by Yamazaki 50 year old First Release last October, an indication of the quickening tempo in the global secondary market for rare whiskies.

With only 41 bottles released in 2013, the Karuizawa 1960 52 year old has quickly established itself as one of the most desirable whiskies among top collectors. In 2015, it became the first Japanese whisky to hold the title of most expensive standard-sized bottle sold at auction, a position scotch hasn’t held for over three years. “The Wanderer” wasn’t the only bottling of Karuizawa 1960 52 year old to exceed the prior record this month either: A bottle called “The Archer” was sold by Whisky Auctioneer on April 17th for $125,756/£100,100 at their dedicated Karuizawa auction. The Perth, Scotland-based auction house has delivered a number of spectacular themed auctions over the past year. The 294 lots in April’s Karuizawa auction sold for a combined total of $971,775/£772,038. U.S. buyers were successful in winning 84 bottles, more than bidders from any other country.

There may not be a single Scotch whisky to challenge this record right now, but Sotheby’s Hong Kong set a whisky auction record on the same day as the Poly Auction sale with the Macallan in Lalique Legacy Collection. The lot included all six decanters, from the Macallan in Lalique 50 year old through to The Macallan in Lalique 65 year old, plus Lalique glassware and six Macallan Fine and Rare miniatures, all housed in an ebony cabinet. It sold for a hammer price of $810,701/HK$6.3 million, beating Sotheby’s previous Macallan record of $620,000/HK$4 million for the 6-liter bottle of Macallan M in 2014.