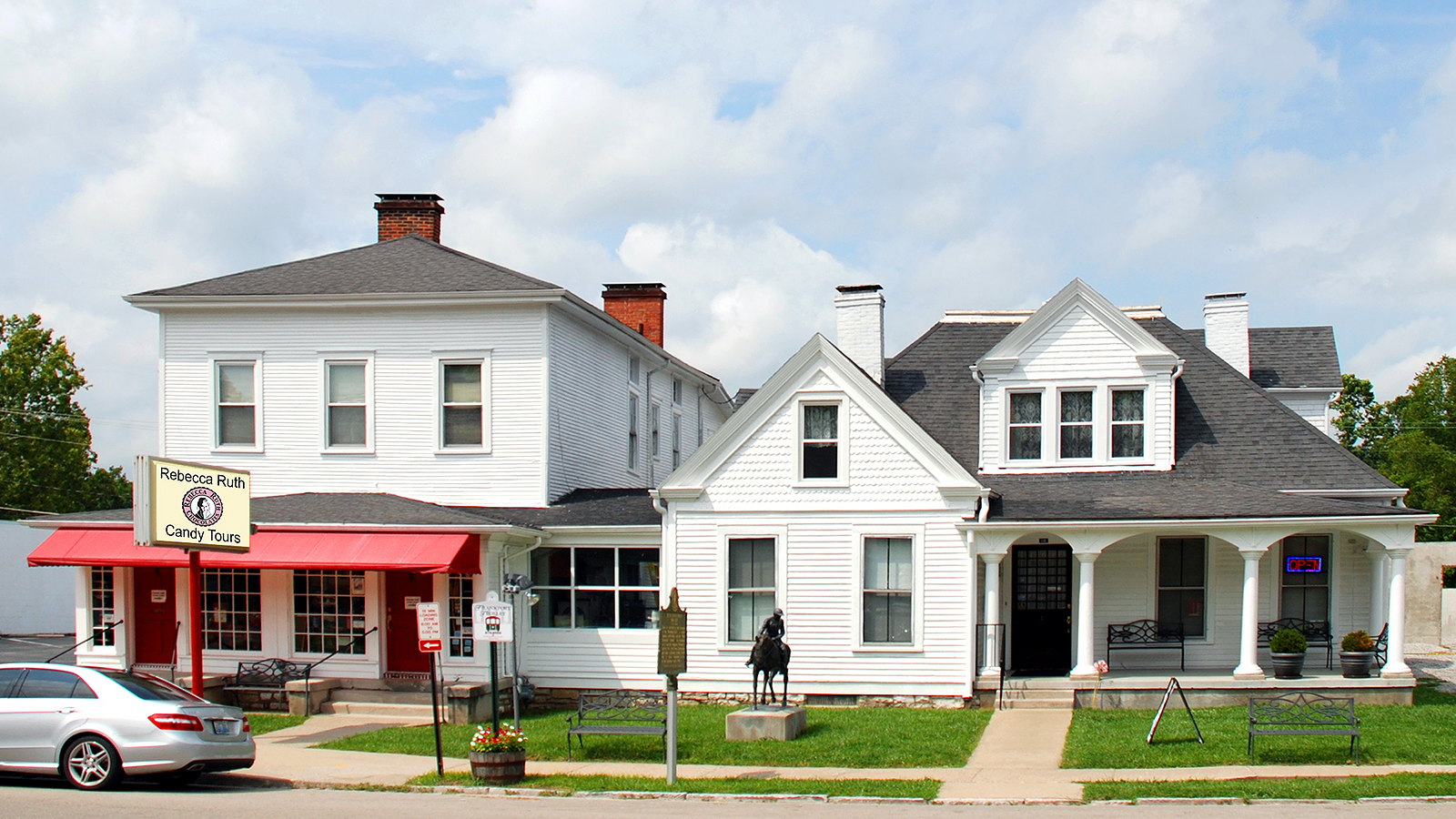 Rebecca Ruth Candy is a landmark in tiny Frankfort.

Frankfort is the state capital. It has many lodging and dining choices, most of them chains, many clustered at or near the intersection of U.S. 127 and I-64. Downtown Frankfort is small, with an interesting historic district. There are many government buildings. Visitor attractions include the Thomas D. Clark Center for Kentucky History, the Kentucky Military History Museum, and the Old State Capitol building.

Bourbon balls, a classic Kentucky confection, were invented by the Rebecca Ruth Candy Company. Their tiny factory in downtown Frankfort gives a charming tour and has a killer gift shop.

Most people consider Serafini the best fine dining restaurant downtown. It’s mostly Italian, with a little Kentucky thrown in. Rick’s White Light is a funky diner that’s only open from 10 a.m. to 5 p.m. Tuesday-Friday, 8 a.m. to 3 p.m. on Saturday. Specialties include crawfish pie and po’ boy sandwiches, including alligator when in season.

The Buffalo Trace distillery is why you are in Frankfort, of course. The walk-in tour is good but the tours you reserve in advance are better. They have several and all are free. Just don’t present your Kentucky Bourbon Trail passport for a stamp. Sazerac, the parent company of Buffalo Trace, is not a member of the KDA.

Buffalo Trace, like many of the big distilleries that offer tours, has an on-site dining option. At Buffalo Trace it is the Firehouse Sandwich Stop, located in what was the distillery’s actual fire house, built in 1930. Maker’s Mark also has a nice sandwich shop. The one at Jim Beam specializes in barbecue. Woodford Reserve is gourmet.

The rest of the tourable distilleries are around Bardstown. You can reach them all out of Louisville, but Bardstown is a little closer. It is, however, a small town; quaint and historic, but small. Your choices for lodging, dining, drinking, and entertainment will be much more limited.

Where To Eat and Drink