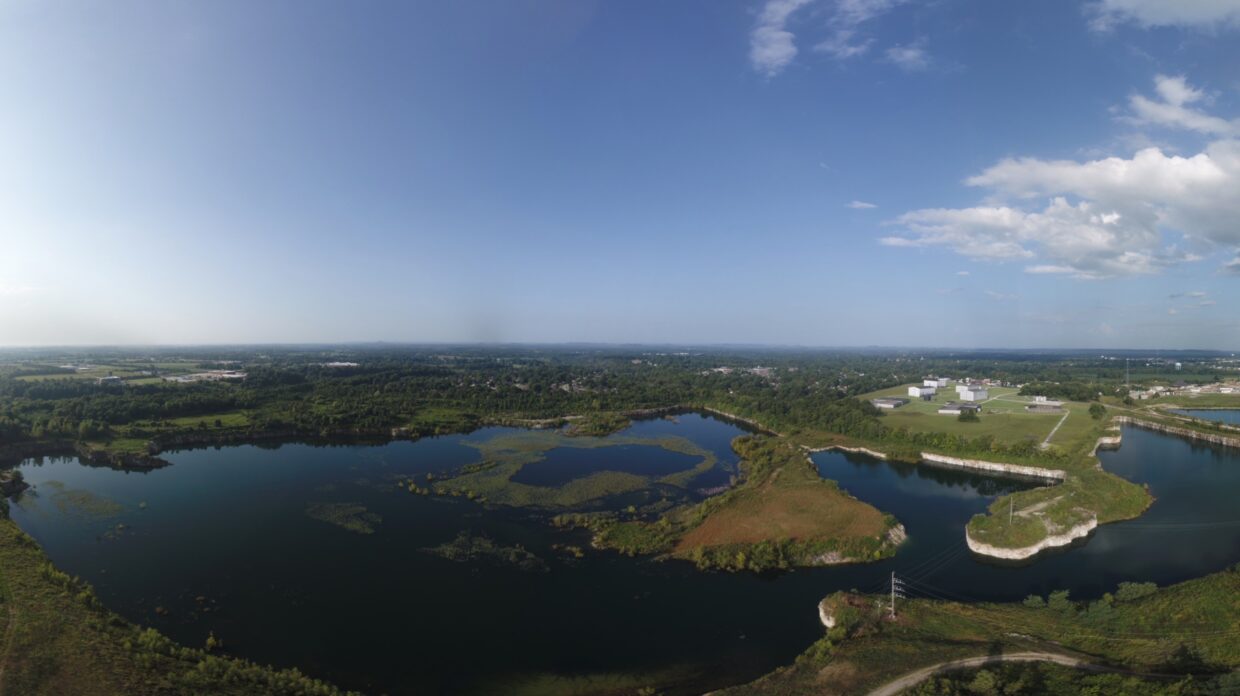 The new Kentucky Owl campus will be surrounded by water, which will be used by the new site in a number of different ways.

Cedar Creek Quarry is a 420-acre parcel of land located at 2095 E. John Rowan Blvd. in Bardstown, Kentucky, just a few minutes drive from the town’s most famous distilleries—Heaven Hill, Lux Row, Barton, Willett, and Bardstown Bourbon Co. The former quarry site has become a peaceful set of small lakes, all surrounded by wildlife. But springtime is expected to bring the sound of groundbreaking on a long-awaited new project—Kentucky Owl Park, which will feature a new distillery, rickhouses, and a variety of visitor amenities.

The story began in 2014, when entrepreneur Dixon Dedman resurrected an old family recipe to create a luxury, limited quantity bourbon and rye under the Kentucky Owl name. The whiskeys won raves from critics, and Kentucky Owl became an overnight sensation. Enter Stoli Group—the distribution and marketing arm for Luxembourg-based drinks giant SPI Group—which acquired Kentucky Owl in 2017 and unveiled plans for this ambitious $150-million project in the heart of Bourbon Country. Construction was slated to start in early 2018 and be completed by 2020, and the delays have people wondering what’s taking so long.

David Mandell, president of Stoli-owned Kentucky Owl Real Estate Company LLC and former CEO of Bardstown Bourbon Co., blamed the hold-up on the pandemic and a series of leadership changes at Stoli, but stresses that the push is on to get operations up and running as quickly as possible. “Distilling and warehousing will be the primary focus—and bringing visitors to the site during the construction process,” Mandell adds. 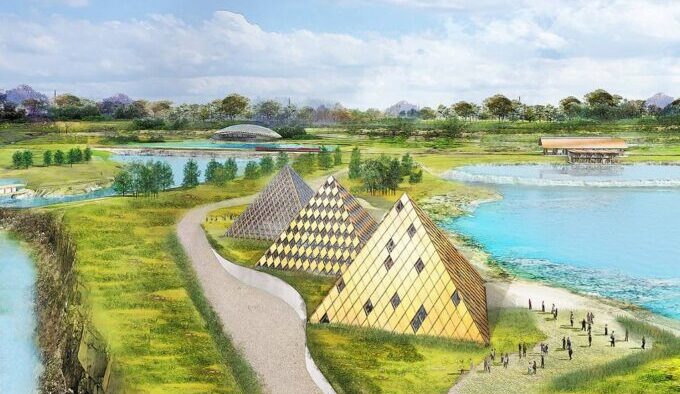 The fact that the future Kentucky Owl Park comprises 420 acres that are predominantly water is a big advantage, Mandell maintains. “We’ll be using that water not only to make our products, but also in the cooling and production process of the distillery,” he says. The distillery buildings’ design will be pyramidal, conceived by Japanese architect Shigeru Ban, whose body of work also includes the Aspen Art Museum in Colorado and Swatch Group’s Biel, Switzerland headquarters, among numerous other notable projects. “The pyramid is a natural shape to house a large still [and was] an inspiration for Shigeru Ban,” Mandell says. It’s still too early to say how many stills the distillery will have once construction is complete, but they’ll be versatile. “We’re developing a system that allows for tremendous flexibility and innovation in production, allowing us to produce multiple different styles of bourbon and whiskey,” Mandell adds.

Central to building the new distillery is a concept known as biophilic design, “where the idea that being surrounded by natural materials, particularly wood, has a positive effect on human beings in their workspace,” Mandell says. “What’s beautiful about this [new distillery] is connecting the heavy timber elements with artisanal, high-end distilling equipment, surrounded by massive pools of fresh limestone water. You have all the natural elements that go into making whiskey in a sustainable fashion.”

Plans for Kentucky Owl Park’s amenities—including a visitor center, bar and restaurant, event center, a hotel, and even a train station along a route shuttling passengers among the area’s various distilleries—are still taking shape. “With me coming on board, and because of demand for our Wiseman bourbon and [other] Kentucky Owl products, we’re looking at the prioritization of the buildings and reevaluating the timeline,” Mandell says. But a fully operating train station “is our goal … because that train line connects Jim Beam, Four Roses—it runs all the way down to Kentucky Owl and beyond,” he adds, noting that R.J. Corman Railroad Group, LLC owns the rail lot. “Part of the vision would be to have that train, at some point, bringing passengers along the distilleries from Jim Beam into Bardstown.”

In addition to pandemic-related delays and leadership changes, there’s also been “a lot of work behind the scenes—a good amount of design and development on a number of buildings, [but] also site studies,” Mandell says. But with those hurdles out of the way, “this project is now prepared to move forward rapidly. We’ll certainly be making our own whiskeys, but there’s such a rich history in blending—not only in America but in Scotland, Ireland, and other places—so that leaves a lot of room for innovation. All of that is part of the future.” 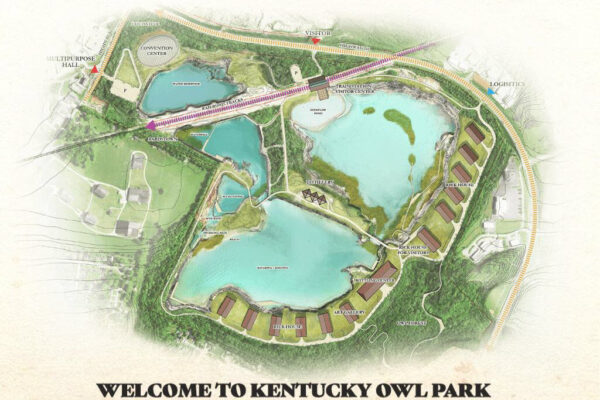 Rhea has his work cut out for him—not only because Kentucky Owl’s whiskeys are highly sought-after among whiskey enthusiasts, but also because the ultimate goal of this project is to open a distillery that can make a number of other whiskeys. “Kentucky Owl, given its size, will be a small part of what we’ll produce here,” Dmitry Efimov, former head of Stoli Group’s American Whiskey Division, told Shanken News Daily in 2017 after the company mapped out plans for the new distillery. (Efimov, who previously helmed SPI North America, is no longer with the company, according to his LinkedIn profile.) “We plan to create a few brands, and if we come across a good opportunity, we’ll also acquire a brand or two,” Efimov said at the time. “So, there will be much more than Kentucky Owl.”

Notably, Kentucky Owl’s latest release, The Wiseman—a blend of 4 year old Kentucky Owl wheat and high-rye bourbons, as well as older, sourced Kentucky bourbons—is the brand’s first bourbon produced and distilled in collaboration with Bardstown Bourbon Co., as well as its first whiskey created by Rhea. “Seventy percent of the liquid that’s in The Wiseman is Kentucky Owl’s product that was made in collaboration with Bardstown Bourbon Co.,” Mandell says. “What you’re going to see coming forward is a whole suite of products and collaborations with other great distillers and blenders,” although it’s too early to name specific partners or even a master distiller for the new distillery.

“Those determinations have not been made yet,” Mandell says, adding he’s nevertheless thrilled to tackle the next steps of bringing the project to life—even if they’re not quite carved in stone. “It is a beautiful, exciting project,” he says. “It has great vision for Kentucky Owl, for the whiskey industry, and for this entire community. That’s certainly what excites me the most about it.”