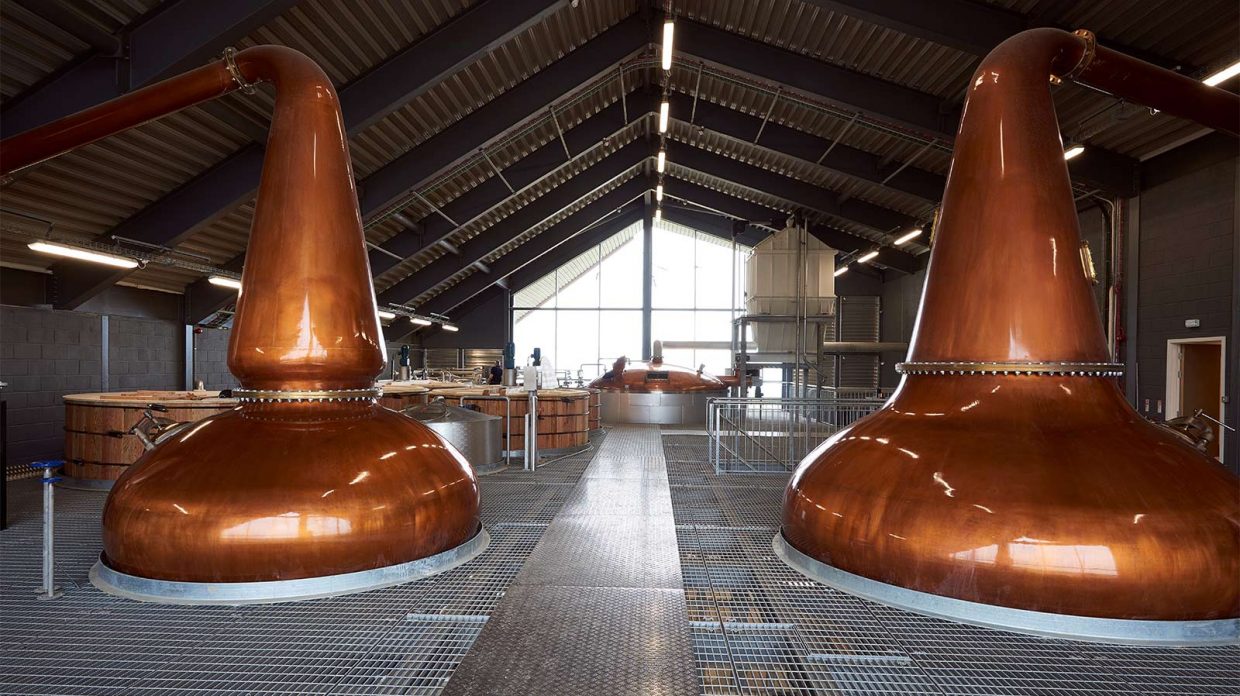 The second whisky producer on Scotland's Isle of Arran, Lagg Distillery uses two pot stills. The facility is owned by Isle of Arran Distillers, which also operates the distillery in Lochranza, 25 miles north of Lagg. (Photo by Luigi Di Pasquale)

A new scotch distillery officially began welcoming whisky lovers this month. Lagg Distillery lies on the southern tip of the Isle of Arran, near the village of Lagg—an area that was a hotbed of whisky production, both legal and illicit, during the late 18th and early 19th centuries. Following two years of construction and the start of production in April, Lagg Distillery has opened its doors to the public with a new visitors center and daily tours.

Lagg is the island’s second whisky producer, both owned by the same company; its sister facility, Isle of Arran Distillers, is located 25 miles north in the village of Lochranza. The two distilleries are designed to complement each other by producing different whisky styles. “The spirit for Lagg was decided pretty much as soon as the shovels went into the ground,” says distillery manager Graham Omand, who worked at the Lochranza distillery for nearly a decade before moving over to Lagg. “At Lochranza, what we aim for is a light, easy, sweet spirit, and particularly non-peated as well; whereas in Lagg, we were going for a very different approach. There are a lot of phenols in it. It gives off a very smoky, earthy flavor.” Omand and Arran’s master distiller, James MacTaggart, developed the recipe for the spirit. 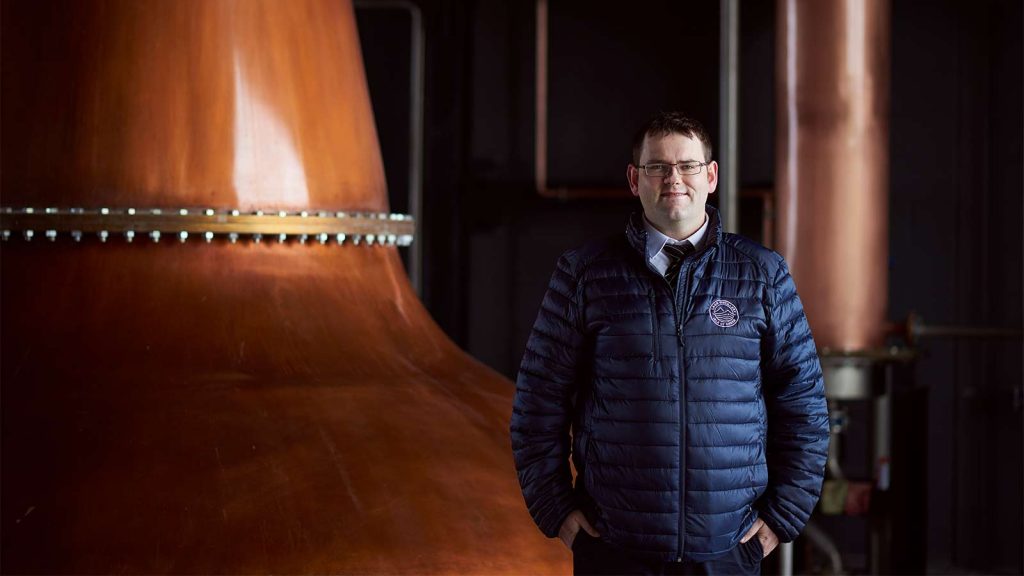 Although the Lochranza distillery had previously made peated whiskies such as Arran Machrie Moor, the plan is now to shift production of peated spirit entirely to Lagg, which filled its first cask on April 10. That cask—a sherry butt reserved for members of the Lagg Cask Society—was filled with heavily peated spirit made with barley malted to 50 PPM. The spirit is expected to mature into a rich, earthy, smoky single malt—quite different from the Arran single malt produced in Lochranza. “Lagg is two-and-a-half times smokier,” Omand says. “It’s something you’d probably put [alongside] a Lagavulin or a Laphroaig from over in Islay.”

Lagg’s peated spirit differs from its sister distillery’s whisky not only in peat level, but in production. Whereas at Lochranza, the wort—liquid from cooking the malted barley—is left alone so that solids settle out of it, Lagg’s wort is agitated, which creates a cloudy appearance and more malty notes in the final spirit. “We’re going for a much earthier, heavier, more malty, natural, grassy flavor,” Omand says. Like Lochranza, Lagg Distillery has four wooden washbacks and a pair of pot stills.

While the spirit made at Lagg will have to age at least three years, and likely much more, before it’s ready for bottling, the visitors center is selling new-make—which can be sampled as part of the six daily tours (£8-£10; free for under-18s)—as well as three heavily peated whiskies made at Lochranza. Distilled in 2011 from 50 PPM malt, the offerings include a quarter cask finish, sherry cask finish, and rum cask finish, all for sale exclusively at Lagg. The visitors center also features a café, shop, and fine-dining restaurant, and super-fans can sign up for the Cask Society, which offers a range of benefits.

Even with production of peated spirit shifting entirely to Lagg, Arran’s Lochranza distillery still has plenty of peated whisky maturing. “The Machrie Moor that Lochranza sells will be available for many, many years to come,” Omand says, noting that the shift to producing peated whisky at Lagg aims to differentiate the two styles better. “The main reason was identity. We don’t want people getting confused with what we were trying to create. Further down the line, once Lagg establishes itself and has its own selection of whiskies, if you want peated, it’s Lagg. If you want non-peated, it’s Lochranza. Lagg was going to be fully peated from the get-go.”