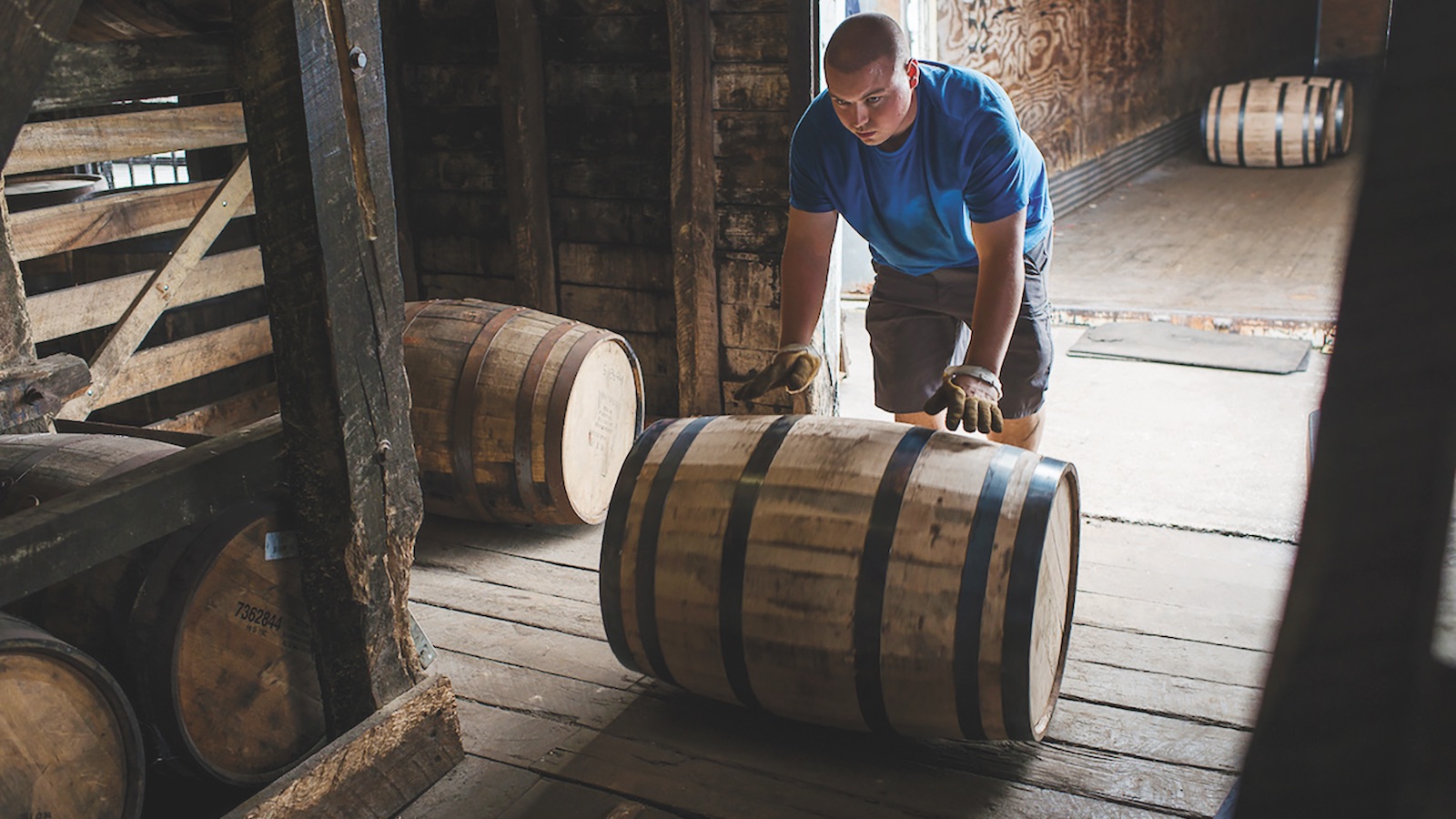 Although whiskey has just four simple ingredients: water, grain, yeast, and oak, it can get complicated. To understand the term ‘barrel proof,’ for instance, you must understand the oak barrel’s role—to house the whiskey as it matures, imparting pleasurable flavors and also eliminating undesirable ones. Then there’s proof, which is simply a measure of alcohol content equal to twice the percentage of alcohol by volume. For example, a 100 proof spirit is 50% alcohol.

Although it is not part of the federal government’s Standards of Identity for Distilled Spirits, the term ‘barrel proof’ is officially defined. In 1979, the Federal Bureau of Alcohol, Tobacco, and Firearms “recognized the need to establish guidelines for use of the terms Original Proof, Original Barrel Proof, Entry Proof and Barrel Proof on distilled spirits labels.” (See ATF Ruling 79-9) Original proof, original barrel proof, and entry proof on a label indicate the same thing: “that the proof of the spirits entered into the barrel and the proof of the bottled spirits are the same.”

This is more unusual than you might imagine, and there is a good explanation. Proof often changes during aging. In the cool climate of Scotland, proof tends to stay the same or go down. In Kentucky and Tennessee, where the climate is warmer and only new barrels are used, proof almost always goes up.

Barrel proof is a little different. It means, according to ATF Ruling 79-9, “that the bottling proof is not more than two degrees lower than the proof established at the time the spirits were gauged for tax determination.” Aged spirits are gauged for tax determination when the barrels are dumped for bottling. The ‘two degrees’ rule gives the distillers wiggle room if there is a slight proof drop between gauging and bottling. The intention is for the proof in the bottle to match that of the barrel. This explains why barrel proof whiskeys will often bear a number like 52.7% alcohol rather than a nice round 53%. ‘Barrel strength’ is synonymous, as is ‘cask strength,’ preferred in Scotland.

“We produce barrel proof whiskey because whiskey connoisseurs demand it,” says Denny Potter, Heaven Hill master distiller. [Update: Denny Potter left Heaven Hill in September 2018 to join Maker’s Mark Distillery.] “The desire to chart your own course with barrel-proof whiskeys is undeniable. Whether you want the straight-out-of-the-barrel robustness or controlled dilution, someone can find their perfect sip. But knowing a barrel proof bourbon’s provenance contributes here as well. We often make it clear where single barrels or many of our batches come from. And to understand the variances of aging on proof and flavor most effectively comes out in barrel proof whiskeys.”

One misconception about barrel proof whiskeys is that you are supposed to drink them straight. You certainly can or, by adding water, you can adjust the proof to suit your taste.

“Dad always told everyone to add some water or ice to the Booker’s bourbon to open it up and enjoy it at the strength you enjoy it,” says Fred Noe, Jim Beam master distiller and Booker’s son. “I practice that myself and I add some ice and water to Booker’s.”

Booker’s bourbon, introduced 30 years ago, popularized barrel proof for the modern era, although barrel proof versions of Old Fitzgerald, Weller, and others existed back in the 1950s.

Barrel proof spirits typically carry a premium price, but there is a value case to be made since you are not paying for added water. And Booker added water generously for his ‘Kentucky Tea.’ “Dad’s ‘Kentucky Tea,’ which was mostly water, produces an extremely flavorful drink in warmer months with big flavor and refreshing results,” recalls Noe.

Get as close as you can to whiskey from the barrel with widely available barrel proof whiskeys.

Elijah Craig Barrel Proof—65.3% ABV, $60
An uncut and unfiltered 12 year old labeled with all the nerdy stuff we love. Batch A118.