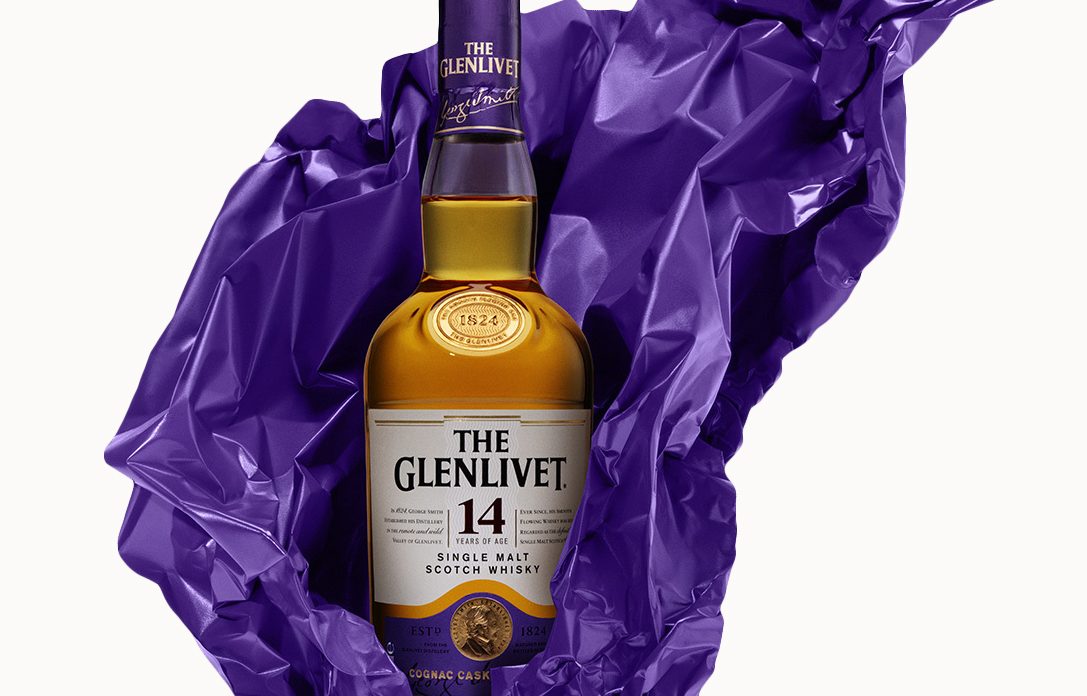 It seems like high season for distillery openings, with two new facilities opening and a major project announced. Kansas City’s J. Rieger & Co. has officially opened its new distillery, featuring a 40-foot slide for visitors, while over in Scotland, Holyrood Distillery in Edinburgh is now welcoming guests to observe its innovative production. Meanwhile, Beam Suntory announced that it’s building a 1.2 million proof gallon “craft” distillery at its Clermont, Kentucky Jim Beam plant. We spoke with master distiller Fred Noe to get details about the facility, which is slated to open in 2021.

For whisky that’s ready to buy now, however, there are plenty of options, starting with a super-aged Macallan single cask. The Exceptional Single Cask 1950 is nearly 68 years old, with just 336 bottles available and a price befitting its ultra-rare status: $58,000.

Much more easy to access is Glenlivet’s new 14 year old, finished in cognac casks. The whisky is exclusively available in the U.S. for $55.

After initially bringing you news about it in May, we can now provide more detail on The Walking Dead bourbon, Spirits of the Apocalypse. The whiskey is available for pre-order now and will hit retail shelves in September, priced at $35.

Barrell has unveiled its newest innovation, a vatted malt whiskey sourced from multiple American distilleries. The whiskey is available in limited amounts for $90.

Hood River Distillers is relaunching the Easy Rider brand as Kentucky straight bourbon. Priced at $25, the whiskey is currently for sale in Oregon, with expansion planned.

San Jose, California’s 10th Street Distillery has launched its single malt whiskey. Currently for sale in California only, with expansion planned, the whiskey is $65.

The Louisville Bourbon Transit Co. is rolling out the third batch of Bedtime Bourbon, sourced from Tennessee and aged for 8 years. Just over 1,000 bottles are for sale in Kentucky only for $69.

Finally, Oban has a new limited-edition single malt for sale at the distillery only. Oban Old Teddy costs £150 ($182), with 3,960 bottles available. 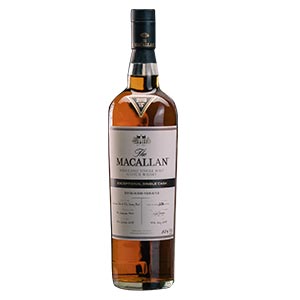 The latest release in Macallan’s Exceptional Single Cask range, this whisky was distilled on November 9, 1950 and bottled on September 24, 2018. It spent those nearly 68 years maturing in a first-fill sherry butt.

Macallan debuted the Exceptional Single Cask range in 2017, releasing seven whiskies aged 12 to 22 years. While all single-cask whiskies are, by their nature, limited, this 67 year old takes things in a markedly rarer direction. 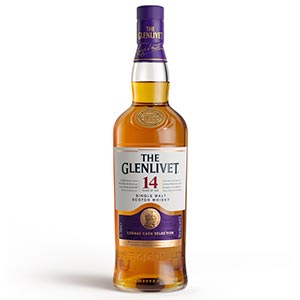 A new addition to Glenlivet’s core range, this single malt was aged in bourbon and sherry casks and partially finished in cognac casks. From now through December 31, Glenlivet will donate $1 from every bottle sold at participating retailers to the Purple Heart Foundation.

Cognac cask finishes are slowly growing in popularity, although they’re tricky to pull off, requiring a delicate touch. While Glenlivet Captain’s Reserve has used cognac casks in its maturation, it’s not available in the U.S. This 14 year old—exclusively for sale in the U.S.—should make up for that. 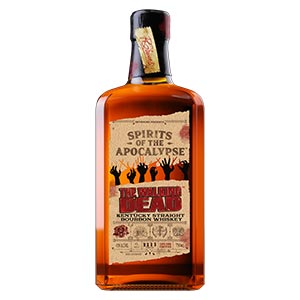 Spirits of the Apocalypse The Walking Dead Kentucky Straight Bourbon

Joining the ranks of Game of Thrones and Star Trek, The Walking Dead is getting its own whiskey—in this case, a Kentucky straight bourbon. It’s available for pre-order now at Reservebar.com, and will be hitting shelves nationwide this fall.

We initially reported this whiskey’s release back in May, when its label was approved by the Alcohol and Tobacco Tax and Trade Bureau (TTB). Parent company Diageo is slowly trickling out more information, but the salient points—price and availability—have been confirmed. 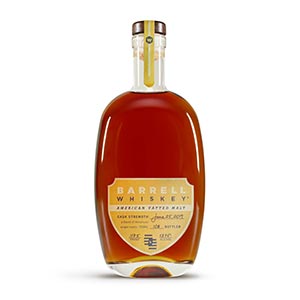 This whiskey combines a number of American single malts (whiskey made with 100% malted barley) into one blend. The term “vatted” is another way of saying “blended.” Although Barrell isn’t disclosing all the distilleries whose whiskey is included, some of them are listed below:

Barrell has been on the forefront of blending American whiskeys; most of its bourbon releases are blends of straight bourbon, and its Dovetail blend of whiskey and bourbon showed off even more complex blending to great effect, scoring 90 points. A blend of all-American single malt whiskeys is a first, not just for Barrell, but in general; however, as American single malt continues to go from strength to strength, this will not be the last time we see multiple whiskies combined in one bottle. 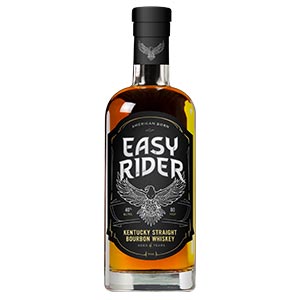 This technically isn’t a new brand, but is being relaunched by its new owner, Hood River Distillers. Previously distilled in Oregon and aged for 6 months, the whiskey is now 4 year old Kentucky straight bourbon, proofed with water from Mount Hood and bottled in Oregon.

Hood River Distillers previously owned the Pendleton Canadian whisky brand, which it sold to Casa Cuervo in late 2017. Although it produces other spirits as well, such as vodka and gin, Hood River’s other whiskies are McCarthy’s, one of the first American single malts, and Trail’s End, a Kentucky-made bourbon that’s finished in Oregon oak. 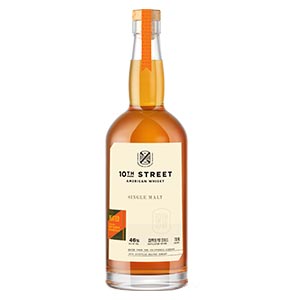 This peated single malt is made at 10th Street Distillery in San Jose, California, and aged in used bourbon barrels. The distillery practices an extended fermentation, which it says allows local microflora to impact the flavors created in the process.

Peat may be most closely associated with Scotland, but many American distillers are using it too. We’re always excited to try smokey American whiskies (these are some of our favorites) and look forward to reviewing 10th Street soon. 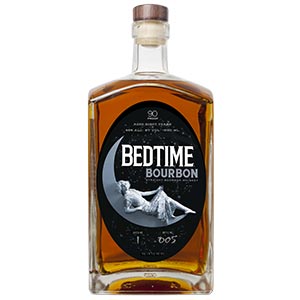 Bottled by The Louisville Bourbon Transit Co., this is a straight bourbon distilled in Tennessee from a mashbill of 84% corn, 8% rye, and 8% malted barley and aged for at least 8 years.

The Louisville Bourbon Transit Co. was founded by Carla Jacob, Joel Jacob, and Scott Ritchter in 2017. Bedtime Bourbon is currently their sole product, with the tag-line “It’s never too early for Bedtime.” 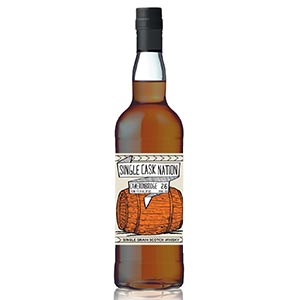 The fifth batch of single cask whiskies from independent bottler Single Cask Nation is rolling out now. This release includes five single malts and a single grain, all from Scotland:

One of the best reasons to drink whisky from independent bottlers (and there are many) is to discover new aspects of familiar distilleries. You may already be familiar with Clynelish 14 year old, but that whisky is blended to profile and tastes more or less the same no matter how many bottles you buy. A single cask, however, is utterly unique, and its flavors could vary quite dramatically from the standard product, while still retaining the distillery’s essential character. With this release, which has two single casks apiece for both Clynelish and Ledaig (peated whisky made at Tobermory Distillery), you get even more opportunities to discover an unknown side of an old favorite. 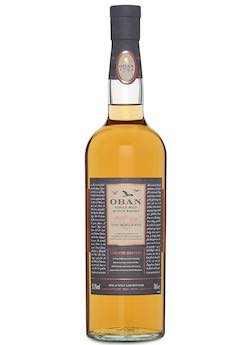 This limited-edition whisky, available only at Oban Distillery, is named for former master distiller “Old Teddy” Maclean, who began his work in 1953. Over the years, his son, Young Teddy, and grandson, Derek, followed in his footsteps; Derek continues to work at Oban to this day. The whisky was matured in refill and ex-bodega sherry casks.

Picking up a distillery-only bottling is one of our favorite things to do when traveling to Scotland—so if you’re on your way to Oban anytime soon and looking for a unique souvenir, this would likely do the trick. For more tips on what to buy when visiting scotch distilleries, check out this article.