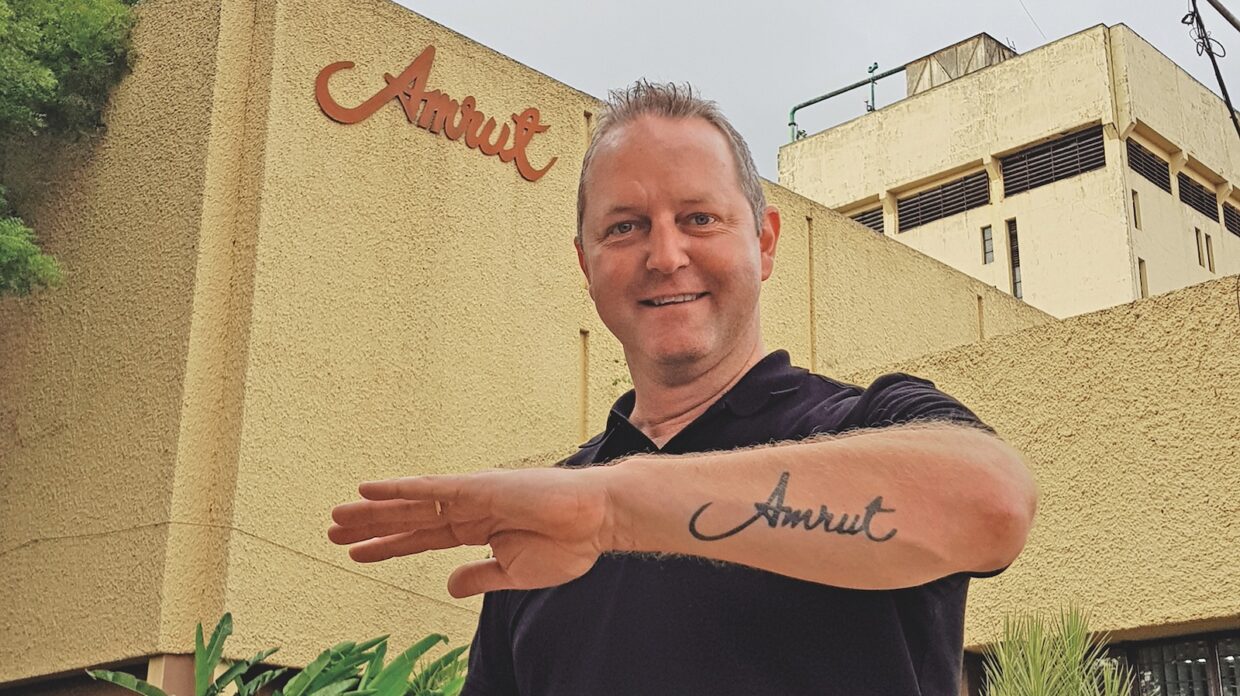 Dennis Steckel displays one of his two Amrut tattoos while standing in front of Amrut Distillery.

Some relationships are skin deep: For Dennis Steckel and his love of Amrut single malts, the term takes on a whole new meaning. Steckel sports not one, but two Amrut tattoos on his forearms—symbols of an abiding fascination that has transformed the mild-mannered Swede into the whisky’s No.-1 fan worldwide. On his left arm is a reproduction of the logo on Amrut’s distillery in Bangalore, India, while his right arm shows a variation of the “Greedy Angel” illustration that bedecks the brand’s oldest bottlings, with the names of Steckel’s three children inked below.

“I really connected with that angel,” Steckel says of his first time seeing and tasting a bottle of Greedy Angels in 2015. His first encounter with Amrut had come just a year or two earlier, and he was instantly smitten. “I’m a person that if I’m doing something, I will do it 110%,” Steckel explains, noting that Amrut’s name intrigued him initially, but the whisky itself was what won him over. “Some people say, ‘Indian whisky? No, I’ll never try.’ For me, it was exactly the opposite because I’m really interested to try different things.” He started with Amrut’s core single malt. “It was good—so good that I thought I should check this out a little more.”

After buying some single-cask bottlings, Steckel started looking throughout Europe for every Amrut expression he could find, often making trades for sought-after single malt scotches he owned. “They couldn’t understand why I gave away every scotch whisky and wanted Indian whisky,” he laughs. “It was quite easy at that time to get people to let go of their Amrut.” Steckel now has a collection of around 250 bottles of Amrut, including some of the rarest releases—like Greedy Angels 8 year old and 12 year old, and the first Blackadder independent bottling from 2008.

Not content to confine his passion to himself and close friends, Steckel started a club for all Amrut fans in 2016. “When you have a crazy guy like me and it’s 110% and you have tried to figure out how to get hold of casks from everywhere, my thought was ‘How shall I go further with this?’” he says. “I thought that I had some fever, a good fever” and that’s how the Amrut Fever club was born. Amrut Fever counts over 1,400 fans in its private Facebook group, where Steckel posts a new photograph of an Amrut whisky every day. He stages the photos on twice-monthly jaunts by car or bike to scenic areas around his town of Älmhult (the home base of Ikea, where he works in shipping logistics). “People started telling me, ‘Some people walk the dog; you walk the whisky,’” he says.

Steckel first visited Amrut in 2016, just as elections were happening. In India, alcohol producers must shut down during elections, and even Amrut’s biggest fan couldn’t legally tour the distillery. After months of planning—not to mention the 4,400-mile trip from Sweden to Bangalore—Steckel was disappointed, but undeterred. Then, in a stroke of good luck, the elections wrapped up earlier than expected, just in time for then-master distiller Surrinder Kumar and his successor, Ashok Chokalingam, to give Dennis and his traveling companion, Michael Tucek of independent bottler Blackadder, the full Amrut experience.

Steckel has since visited Amrut twice, each time pursued by local media eager to understand why this ordinary Swedish man has taken such a shine to the local distillery. (One journalist said to him, “I expected to meet a millionaire,” he relates. “Instead I meet Dennis in a T-shirt.”) On his second trip, in 2018, Amrut had just completed an expansion project that tripled its capacity. Steckel and his wife, Linda, happened to be visiting on the day that the extension was formally opened, and he was invited to cut the ribbon, as well as add the first malt to the mash tun. “It’s something that I’m very, very proud of,” he says. “It’s a memory for life. Linda realized then how much I meant to them.” 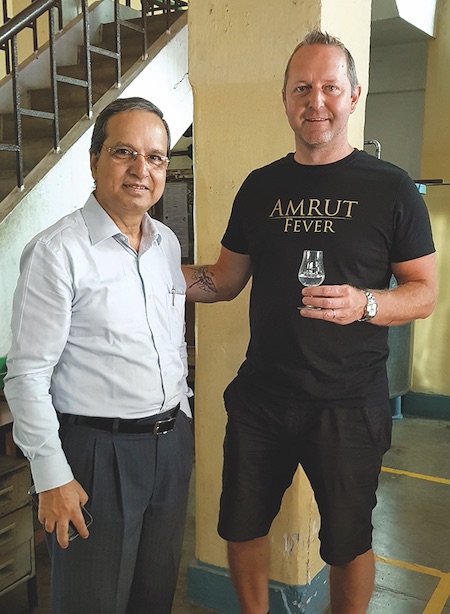 From Amrut’s perspective, Steckel has been a gift. “Dennis is a diehard Amrut fan, and he does many things on his own without expecting anything in return. That is super rare,” says Chokalingam. “His unconditional love for the brand is phenomenal.” Though Amrut and Steckel have no business relationship, the company has made clear how much it values this super-fan, offering him the chance to fill his own cask during the 2018 visit. That whisky is still maturing, but Steckel has had other opportunities to collaborate on Amrut special bottlings. The first was an exclusive for Amrut Fever members, released in 2017, called Amrut Con-Fusion—a play on the distillery’s core Fusion expression, specially finished in oloroso sherry casks. Steckel says another Amrut Fever bottling is in the works.

Even more special to Steckel was a pair of Blackadder single-cask Amruts, the result of a tasting he did with Blackadder founder Robin Tucek in 2017. Blackadder is one of the only independent bottlers with access to Amrut casks, and Tucek brought several samples to Steckel, seeking his opinion. Later that year, the two met up at a whisky festival and Tucek revealed the “Dennis Steckel Selection”—the sample Steckel had liked best, bottled with his name and a reproduction of his Greedy Angels tattoo on the label. “It was surreal,” Steckel says. “I was so happy.” A second Dennis Steckel Selection came out in 2019.

Out of everything Steckel’s love of Amrut has created, perhaps the most surprising occurred in his own backyard—or rather, the parking lot of Ikea headquarters, which employs a few hundred Indians, including some from Bangalore. After a profile of Steckel was published in The New Indian Express, one of his colleagues approached him in the parking lot to say he had read it. “Then I realized how small the world is,” Steckel says. “[My Indian colleagues] are now keeping tabs on me. They are surprised that they can get so much Amrut in Sweden that’s not available in India.” After hosting some Indian coworkers for tastings pre-pandemic, Steckel is now planning a special Amrut tasting for them once COVID-19 restrictions are lifted.

Steckel has become special to Amrut as an informal ambassador whose love for the whisky precedes all else. On his visits to the distillery, even bottling line workers wanted to snap a selfie with him. The last time he was there, a woman asked if she could see his Amrut tattoos, and they stopped the whole line so that everyone could take a look. “When I’m there, they think I’m some kind of famous,” he says. “But I’m just the same that I ever have been, just loving Amrut.”

Daily drinker: Amrut Portonova and Peated Cask Strength
The one he dreams of trying: Single Cask Nation’s independent bottling of 5 year old Amrut bourbon cask (Cask No. 2635) at 62.8% ABV.
Three words that best describe his relationship with Amrut: Family, love, devotion
Most memorable Amrut moment: Cutting the ribbon on Amrut’s new distillery expansion in 2018.
Most extreme thing he’s done for Amrut: When a friend got the chance to buy one of four bottles of Amrut Greedy Angels 12 year old exported to Sweden, within 24 hours Steckel had traded him a 1972 Macallan bottled by Gordon & MacPhail—a whisky worth about $800 more. He opened the Amrut to taste it the very same day. 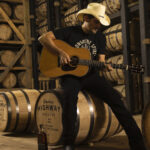 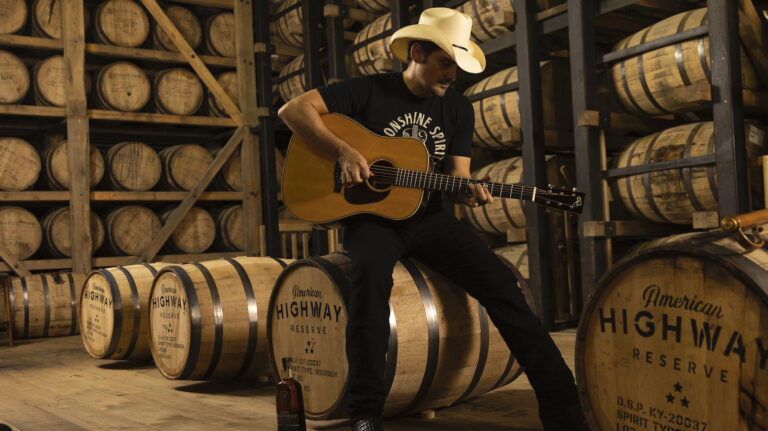 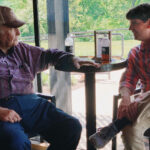 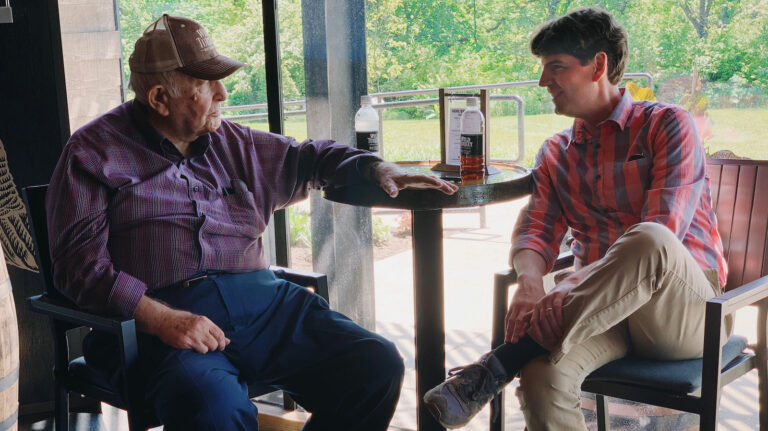 Jennings has turned his love of Wild Turkey into a blog, a book, and more.