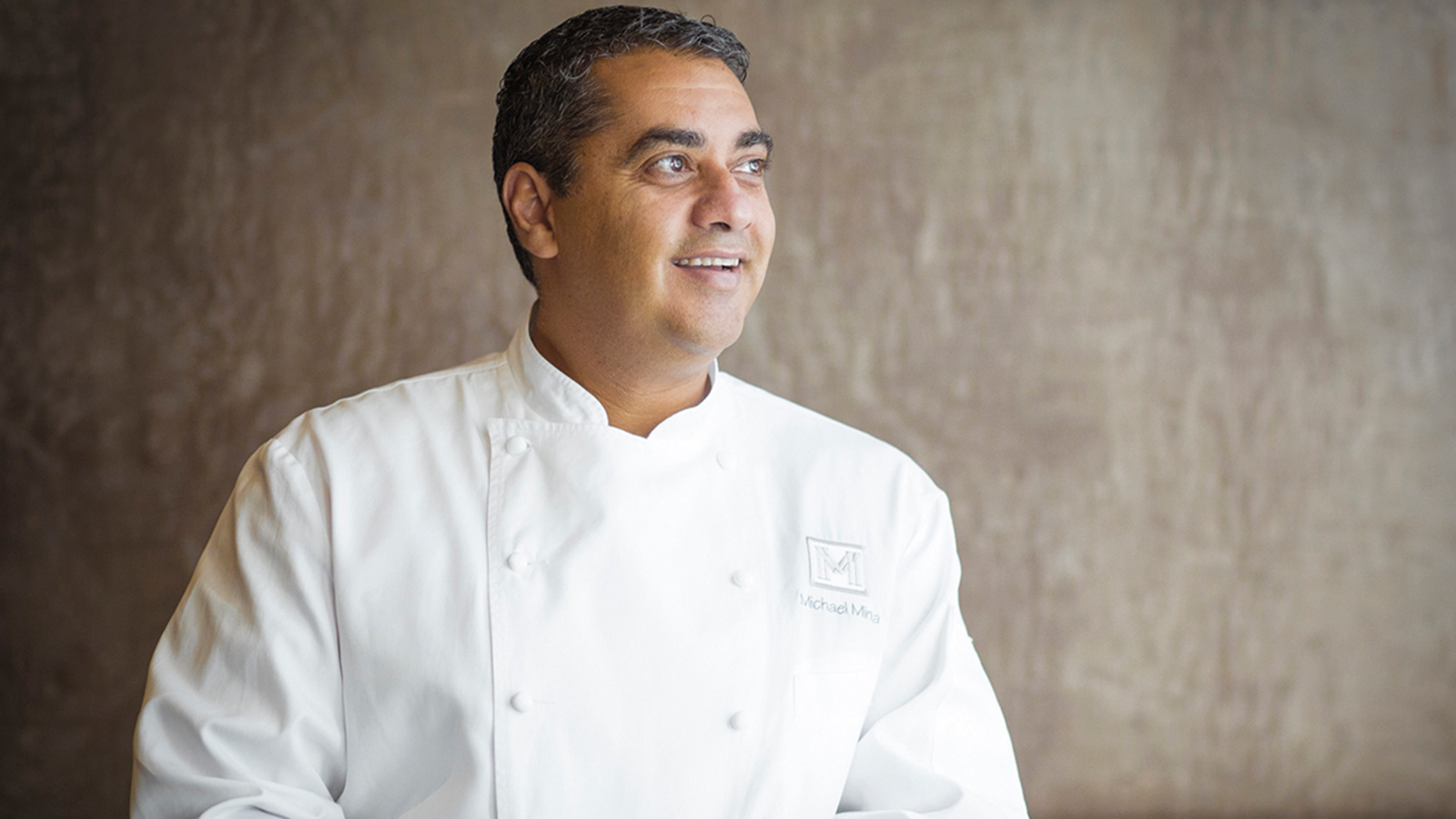 Chef Michael Mina outfits each of his restaurants with a custom whisky list.

The day after Michael Mina moved to San Francisco in 1989 to open his first new restaurant, an earthquake rattled the city. If it was an omen, it was a good one, because almost immediately he began shaking things up as chef du cuisine at Aqua, where he was named Rising Star Chef of the Year and then California’s Best Chef by the James Beard Foundation.

That would be a career’s worth of accomplishments for many in the culinary world, but Mina, a Culinary Institute of America grad, was just getting started. After impressing tennis legend Andre Agassi with his cooking at Aqua, the duo partnered to form the Mina Group, which would go on to open roughly three-dozen restaurants—and is still growing solidly—in New York, Vegas, D.C., Boston, Miami, Hawaii, Los Angeles, Scottsdale, Chicago, and, of course, Dubai. He’s earned multiple Michelin stars, was Bon Appétit magazine’s Chef of the Year, and won many other honors. And more than anyone in the restaurant business, he did it with help of whisky.

Says chef Mina, “Whether it’s Scotch, bourbon, or Japanese whisky, we sell a lot of it; neat, on the rocks, and in cocktails. It’s definitely the strongest spirits category across the board for us,” a restaurant industry anomaly in a nation where vodka is the bestselling spirit. But then Mina doesn’t love vodka like he does whiskies. He’s built elaborate programs and special events around the water of life, and even named several of his restaurants after it, most notably the Bourbon Steak brand, inspired by a historic cattle stockyard, the Bourbon Stockyards in Louisville. The name equally captures both the meaty menu and the whisky list of this high-end steakhouse concept. As Mina recalled, “What was really important to us from the beginning was a very elaborate whiskey list, in this case bourbon.” Today there are half a dozen Bourbon Steaks—and one Bourbon Pub—from coast to coast.

That being said, Mina’s favorite whiskies are made further east than Kentucky, much further east, on the other side of the Pacific. “My great friend Marc Benioff [the billionaire founder and CEO of Salesforce] introduced me to Japanese whisky. I love its smooth character and rich complexity. Japanese is my favorite style. For everyday drinking I love Nikka Coffey Grain. When I am in the mood for something special, I love Hibiki 17 year old.” Each restaurant he opens focuses on a spirit, a selection based on the cuisine and location, so while every Bourbon Steak has a deep bourbon list, the new one coming to Nashville will also feature Tennessee whiskeys. While all his eateries have some Japanese whiskies, Pabu, his izakaya-style spots in San Francisco and Boston, have 50-60 varieties. His just-opened The Street in Honolulu, a night market-inspired open air concept, has a standalone Japanese whisky bar in it.

After the USDA lifted its total ban on the importation of Japanese beef in 2012, an embargo that had kept real Kobe and its wagyu siblings out of American restaurants for most of this century, Mina went to Japan to source his own supply of rare wagyu, choosing Matsusaka. He was among the first restaurateurs to have a Japanese beef program in this country, and in a staggering coincidence, grew up in Ellensburg, Washington, famous only in racehorse and cattle circles for its prized export, tens of millions of dollars’ worth of timothy hay, a dried-grass feed prized in Japan. This fan of Japanese beef and whisky had an idea. “Ellensburg is one of the only places that produces timothy hay, so I got some sent down and used it to smoke some wagyu at the table and served it with Hibiki 17. The meat is roasted, then smoked, and it really picks up the flavors and goes with the whisky. It’s an off-menu item, but we get regulars who request it at our restaurants wherever they travel.” Insider tip: if you give some notice, you too can partake in this magical fusion of smoke, beef, and whisky.

In late 2010 the chef made it full circle, returning to the same San Francisco kitchen that made him famous, opening his eponymous Michael Mina in the old Aqua space, landing a Michelin star (later two) and Esquire’s Restaurant of the Year award. Seven years later, it’s the flagship of a delicious empire now more than ever—last year he renovated and reduced the number of seats to make his finest dining experience even finer.