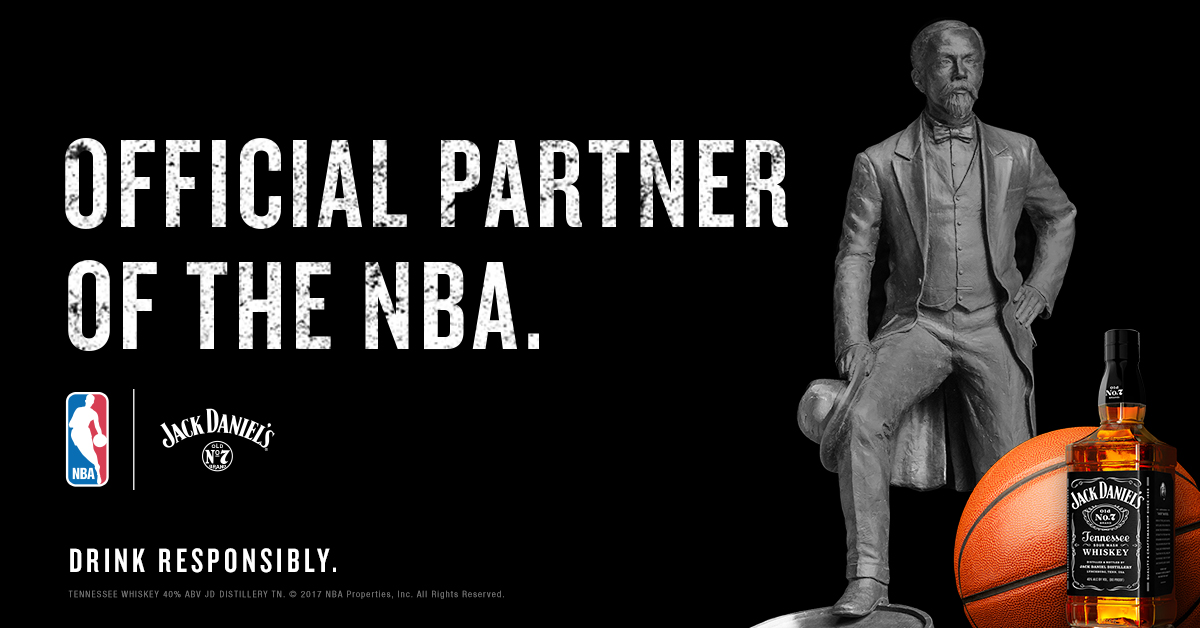 There’s never been a better time to be a whiskey-drinking sports fan. The NBA announced a new partnership with Jack Daniel’s Tennessee whiskey that will continue over the next several years. The sponsorship agreement covers both the NBA and WNBA, as well as the NBA D-League and USA Basketball, and it starts with a two-day “experiential event” during NBA All-Star Weekend, February 17th-19th, in New Orleans.

Jack Daniel’s currently sponsors five NBA teams—the Atlanta Hawks, the Denver Nuggets, the Los Angeles Clippers, the Oklahoma City Thunder, and the San Antonio Spurs—but this new partnership covers the whole organization. During the course of its sponsorship, Jack Daniel’s will host events, media, and hospitality programs throughout the NBA’s arenas. You can also expect to see NBA-themed tie-ins when buying a bottle of Jack off the shelf, and there will be custom ad campaigns linking the two brands.