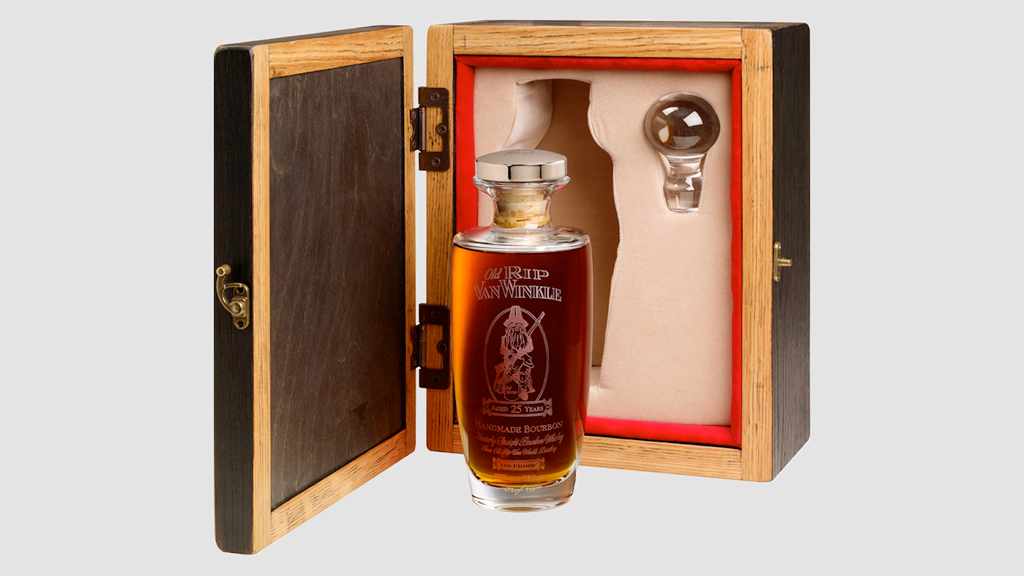 Hold onto your hats: There’s a new Van Winkle bourbon about to hit stores, and it’s the oldest one ever released. Old Rip Van Winkle 25 year old is 50% ABV (100 proof). Available in April, the bourbon’s recommended retail price is $1,800.

The 25 year old came from eleven barrels of bourbon distilled in 1989 at Stitzel-Weller distillery, where they rested until being moved to Buffalo Trace distillery’s warehouses in 2002. In 2014, the whiskey was moved to stainless steel tanks to keep it from becoming over-aged.

There are only 710 handmade glass decanters available. Each decanter is packaged in a handmade wooden box whose lid is made of staves from the original oak barrels that held the bourbon. A certificate of authenticity signed and numbered by Julian Van Winkle, grandson of founder Julian P. “Pappy” Van Winkle, Sr., accompanies each package.

Old Rip Van Winkle 25 year old will roll out to stores in April—if indeed it ever makes it that far, since anything with the Van Winkle name is notorious for selling out long before it hits shelves. Start calling your local retailers now to find out about availability—and if you’re lucky enough to get some, let us know what you think!