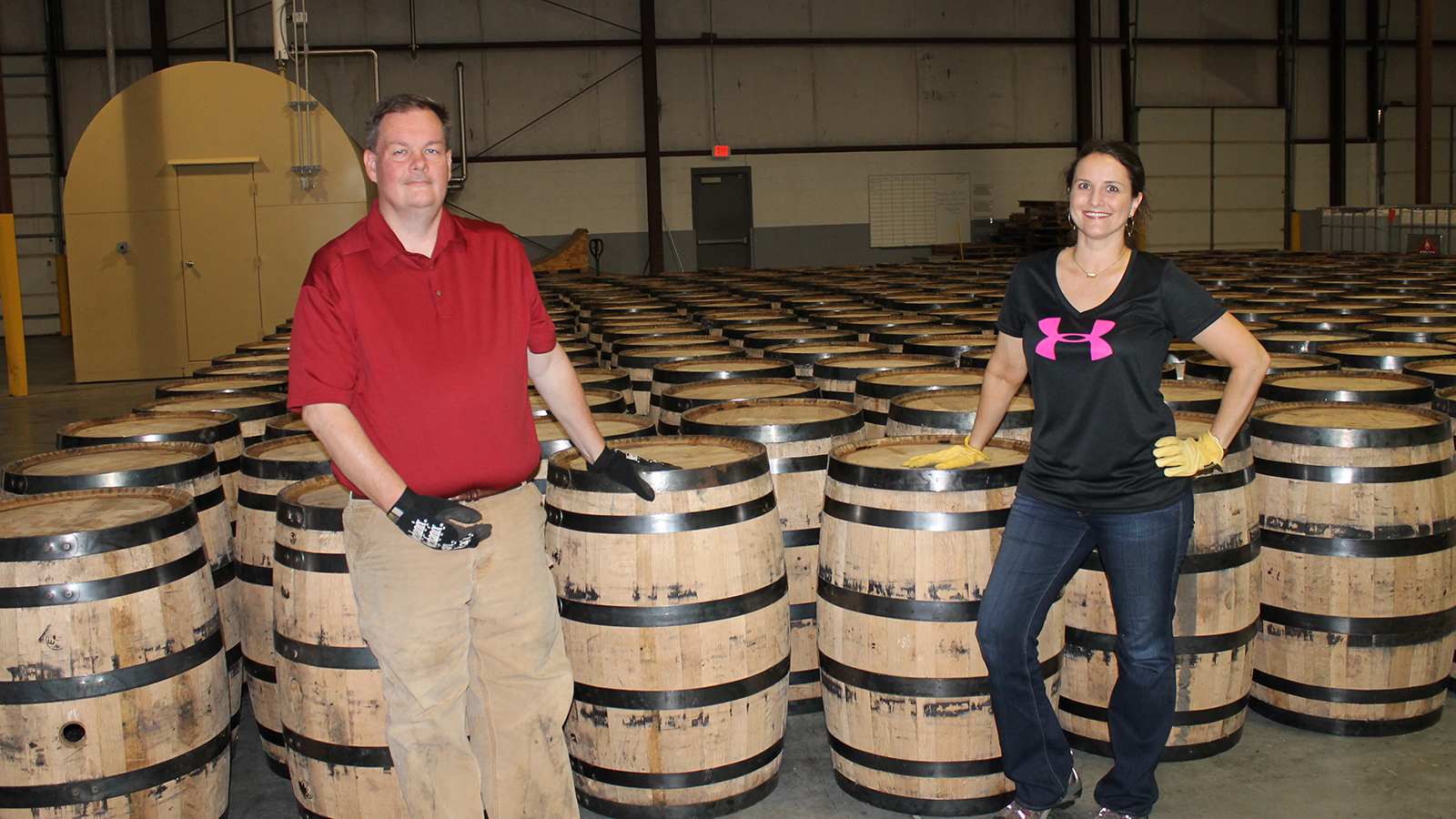 John Lunn and Allisa Henley are hard at work producing a new Tennessee whiskey for Sazerac.

Tennessee whiskey is more or less synonymous with Jack Daniel’s. In fact, the only other major distiller of the style is George Dickel. But a new Tennessee whiskey will soon present a third option. It made an early debut at the 2017 San Francisco WhiskyFest (and will reappear at the 2017 New York WhiskyFest). Distiller Allisa Henley of Sazerac’s as-yet-unnamed Tennessee whiskey distillery provided tastes of the whiskey she and master distiller John Lunn began putting into barrels in June. Along with the 3 month old whiskey, Henley offered WhiskyFest attendees the opportunity to taste unaged distillate before and after filtering through maple charcoal, also known as the Lincoln County Process.

Just a few years ago, Lunn and Henley were employed as distillers at the George Dickel Distillery in Tullahoma, Tennessee, a facility with a column still capable of making more than two million proof gallons of whiskey each year. But in 2015, Lunn and then Henley accepted positions at a new distillery in northeastern Tennessee, built to make Popcorn Sutton’s whiskey. The 50,000-square-foot distillery has a more modest footprint: two 2,500 gallon pot stills and one 1,500 gallon pot still, as well as a 5,000-gallon mash cooker, three 10,000-gallon fermenters, and a small bottling line. There, Lunn and Henley made distillate according to a recipe developed by legendary moonshiner Popcorn Sutton, essentially a bourbon mashbill (corn, rye, malt) augmented with sugar.

In 2016, not long before Christmas, Sazerac—which owns Buffalo Trace and Barton 1792 in Kentucky—announced they had purchased the distillery. “There was no warning,” says Lunn. “Sazerac just happened. We were told the day before.” The staff were all summarily fired and, thirty minutes later, rehired by Sazerac.

Their jobs were never at risk. “A big part of the appeal of the distillery to Sazerac was the fact that John and I were there and knew how to do it,” says Henley. Sazerac bought the distillery to make Tennessee whiskey—and left the details up to Lunn and Henley.

“Sazerac treats each distillery as its own business,” says Lunn. “They asked us, ‘What would you do if it was your company?’” He and Henley had already talked about starting their own distillery. “We already had a wish list.” Sazerac is also known for its experiments and innovations, like Buffalo Trace’s Experimental Collection. “They’re letting us create our own mashbill,” says Henley. In June of this year, she and Lunn settled on a recipe and went into production, filling barrels and storing them in an unused part of the facility.

By law, Tennessee whiskey follows the rules for bourbon, with the additional requirement that it must be distilled and aged in Tennessee and be filtered through maple charcoal. Lunn and Henley weren’t charcoal filtering for Popcorn Sutton’s, but they followed the process at George Dickel. The first time they made charcoal for the Sazerac project, they burned the wood in Lunn’s backyard, and posted the video to social media.

With Sazerac and its large portfolio of successful whiskeys behind the distillery, there is no pressure to sell an unaged or immature whiskey. “They’re not going to rush it. It’s all about the quality, and it’s up to us to decide when it’s ready,” Henley says.

Although the distillery was built just a few years ago, it is not entirely automated. “There is still a lot of manual operation,” says Lunn. “It’s important to hear the steam lines, the agitators, how they’re acting.”

Lunn and Henley aren’t doing everything themselves: they’re training an 8-person crew. “It’s not just the ‘how’ of it,” says Henley. “Operators know to turn this valve, get it to this temperature. We educate them on the ‘why’—this is why we’re asking you to do it this way.”

Lunn has moved closer to the distillery, while Henley is commuting from her Middle Tennessee home and traveling to events and other venues to represent the yet-to-be-named whiskey. Both compare their experience to the story of the three bears. “It’s like Goldilocks,” Lunn says. “We worked for a very big company, then a tiny one. Sazerac feels just right.”