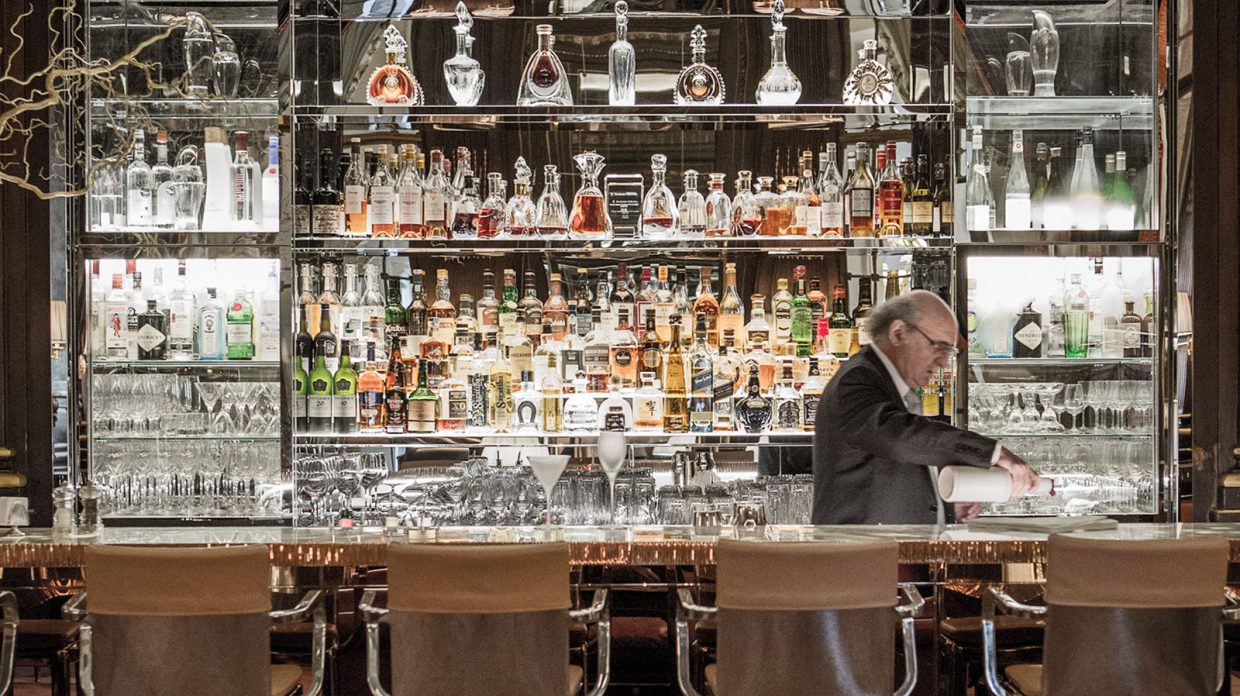 France may not be terribly famous for its whisky production, but the spirit occupies a special place in the Gallic heart nonetheless. Indeed, for all of the wine consumed and produced between Calais and Cannes, the French still manage to consume more whisky per capita than the citizens of any other nation, including heavyweights like Scotland, Ireland, and the U.S.

Just as notable among Parisian drinking habits is the massive cocktail renaissance underway, following a mixological Dark Age, where a Kir or Kir Royale was the order of the day and Martinis were likely to be made with vodka and no vermouth.

But go back further, and you’ll find Paris has played a crucial role in cocktail history—it was here, after all, where the Boulevardier, essentially a whisky Negroni, was born nearly a century ago, and where it can still be enjoyed at Harry’s New York Bar in the 2nd arrondissement, once popular with celebrities like Ernest Hemingway and Coco Chanel. It’s said that George Gershwin composed An American in Paris in the Ivories Piano Bar downstairs. After decades of cocktail doldrums, a new generation of mixologists has returned Paris to its spirited roots.

Beyond cocktails, there are more and more options for discovering and enjoying whisky, straight or on the rocks, than ever before. The best part is that these days, whisky lovers can take advantage of all that Paris has to offer throughout the city, with fantastic options at both the fancier as well as the more bourgeoisie-end of the tippling spectrum. Whether it’s a dimly lit hideaway in a little-visited corner of town or a twinkling bar at one of the city’s numerous refurbished hotel legends, whisky is always within reach. 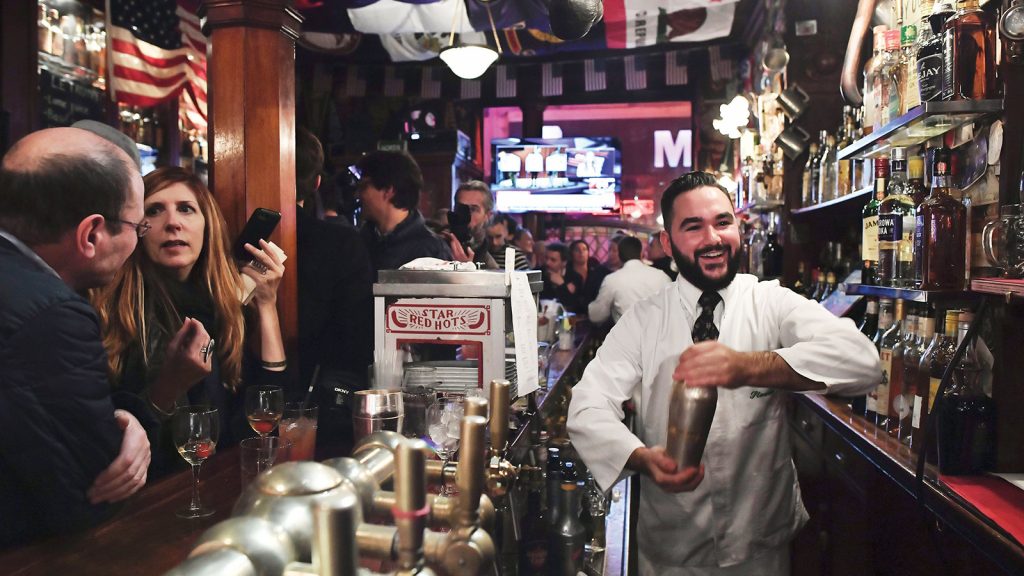 Paris proper isn’t exactly bursting with distilleries, and it’s most talked-about one doesn’t produce whisky yet. But it will, and all signs point to a bright, whisky-hued future for the suitably named La Distillerie de Paris. It’s not open to the public, but its gin and brandy are generating a lot of buzz in the city right now. Seek them out at bars throughout town, along with excellent French-made whisky from Brenne and Armorik.

Not far from La Distillerie, over in the 18th arrondissement, is Brasserie La Goutte d’Or, one of the city’s most respected brewers. Stop by for a visit to the brewery on Thursdays and Fridays between 5:00 and 7:00 p.m. and Saturdays from 2:00 to 7:00 p.m. From sour ale to IPA and chai wheat beer to a North African farmhouse ale, Brasserie La Goutte d’Or has been leading the Parisian craft-brew renaissance since 2012.

Also on the Right Bank is the Paname Brewing Company, which not only crafts excellent beers, but also serves them in a venue that dispels the stereotypes of eating and drinking in Paris. Just off the Bassin de la Villette, and with sweeping views of the 19th century manmade body of water, guests can enjoy their suds and snacks in a number of spaces here, including inside the old granary building and on the veranda, among others. Their “street food menu,” with options like Chinese ribs, a pulled-pork burger, quesadillas, and more, provides far-reaching fodder for pairing with a great glass of whisky, including offerings from Nikka, Four Roses, Lagavulin, and more.

Moonshiner, in the 11th arrondissement, requires a bit of effort to find—inside Pizzeria Da Vito, head right toward the walk-in for the bar’s entrance; trust us here. Cocktail fans will be rewarded by creative yet unpretentious drinks like the Goldie Manhattan—made with Dalmore 12 year old, Rabarbaro Nardini, and Camomilla liqueur—and over 80 whisky selections.

Over in the 12th, east of the Marais, Le Calbar takes a decidedly global approach to their whisky offerings, with Laphroaig 10 and 15, Hudson Baby bourbon, 1776 bourbon and rye, Sonoma rye, plus others, as well as a cocktail program that’s both creative and unexpected, like “Le Cocktail Fortune”—Nikka from the Barrel, Valdespino El Candado Pedro Ximenez sherry, Patrón XO Café, Noilly Prat vermouth, and Poudre d’Or—colorfully described on the cocktail menu as “fruité, epicé & bling bling.”

After all that bling bling, it’s probably best to call it a night. In the 10th arrondissement, Hotel Providence might entice you for one last nightcap before bed. Each room boasts a fully stocked mini-bar, including wine, Champagne, Fever Tree tonic, and mini bottles of various spirits, along with a shaker and all the necessary tools to concoct a DIY cocktail.

Fortify yourself for day two with a trip up to The Hardware Société, an easy walk from the artist enclave neighborhood of Montmartre. With American-style brunch dishes served in an airy, supremely friendly atmosphere, you’ll be perfectly prepped for the day ahead. 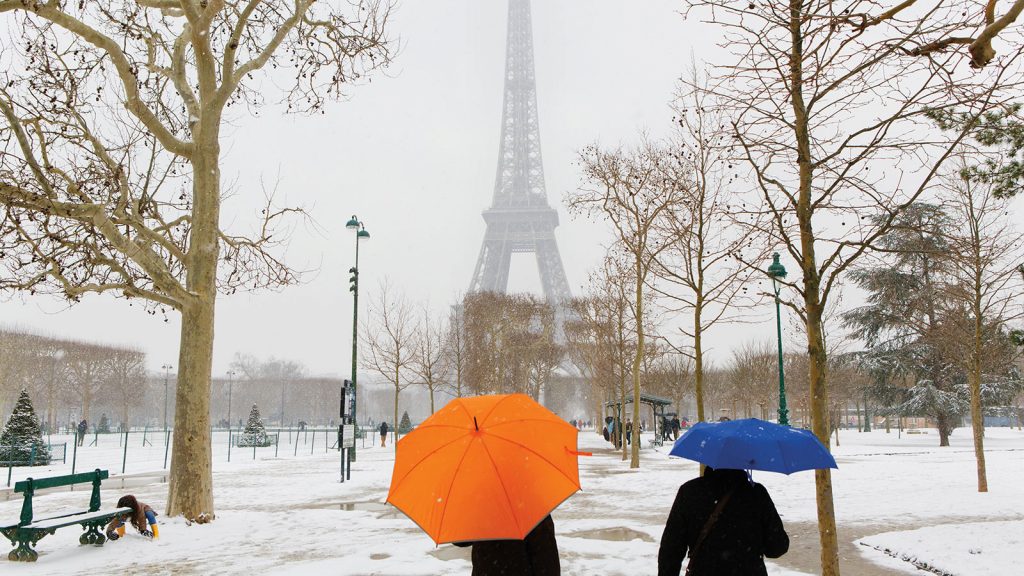 The French consume more whiskey per capita than the citizens of any other nation.

From Hardware, hop on the Metro and head to the center of town to begin a day of whisky sampling, eating, and touring the city. But not before checking into one of the grand hotels in this part of Paris, like the Ritz, with its justifiably venerated Bar Hemingway and Ritz Bar. Or Le Meurice, also in the 1st arrondissement, followed by a stop at its Bar 228, where William Oliveri has been shaking and stirring some of the city’s top drinks for nearly three decades as the head bartender. He can mix up anything, but for a true Parisian experience, ask him to kindly create a drink that caters to your personal taste. Also in the 1st arrondissement is one of the most soulful restaurants in the city right now: Chez La Vieille, helmed by American-born chef Daniel Rose, where classics like rognons de lapin—rabbit kidneys whose impossible tenderness is juxtaposed against toasted bread—are given both new life and deep respect. Make sure to book a table in advance. This is one place where the whisky can wait. Instead seize upon their collection of Chartreuse, with some rare and fascinating bottles, like green Santa Tecla 2016.

For something more classically American in flavor, look to one of the three locations of The Beast, where smokehouse favorites (Black Angus brisket, baby back ribs, mac and cheese) can be paired with a Buffalo Trace Old-Fashioned, Brooklyn Lager, Maison Sassy Cidre Rosé, or one of dozens of bourbons, including cult favorites like Pappy Van Winkle.

For a more specific focus on the water of life, it’s hard to beat Golden Promise Whisky Bar, with over 1,000 whiskies and various whisky-themed rooms in which to sample. Golden Promise Whisky Bar is part of the La Maison du Whisky family, a go-to for purchasing bottles. Their shop in the 6th arrondissement, LMDW Fine Spirits, is a stone’s throw from Le Comptoir du Relais, a perennial favorite for memorable dinners, where tables are at a premium but worth the wait. The attached hotel, the Relais Saint-Germain, is just about as convenient as possible. Nearby, at Prescription Cocktail Club, the concoctions include not just well-considered combinations of spirits, but also house-made components that you won’t find anywhere else. Depending on the current menu, pepper-infused mezcal, homemade falernum, and more make drinking here a truly only-in-Paris experience. And it’s all proffered in a bar illuminated under whimsical derby-hat lampshades, reminiscent of René Magritte.

Further west in the city, in the 8th, are La Maison du Whisky and The Whisky Shop, both worthwhile destinations. While you’re on that side of town, grab a bite to eat and a drink or two at Café Constant, whose riffs on favorite French dishes can either hew close to the classics or use them as jumping-off points, like salmon tartare with oysters, sea bass, and ginger. From there, walk ten minutes to the Eiffel Tower, hop the elevator to the top, and marvel at the city spread out below, and what a stunning whisky and cocktail destination it’s become in recent years.