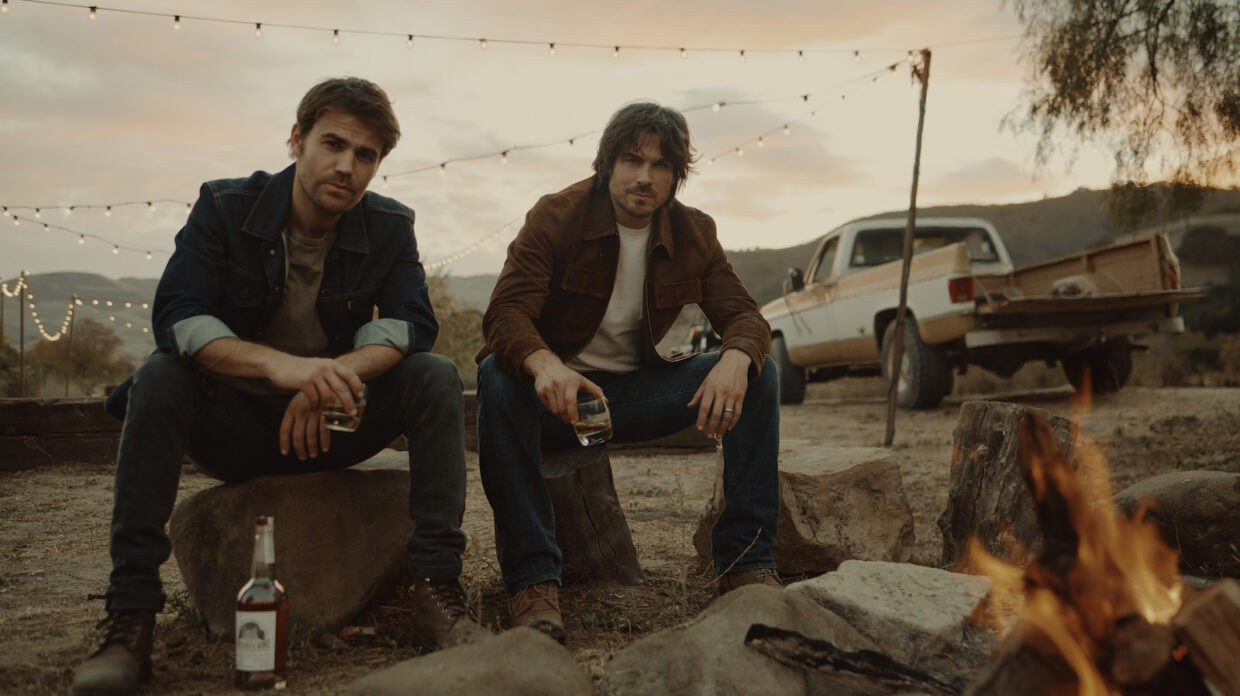 Ian Somerhalder (right) and Paul Wesley joined #TasteWithSpace on May 28 to discuss the creation of their new bourbon, Brother's Bond, and the friendship they developed while filming "The Vampire Diaries."

In case you missed it: On May 28, we caught up with Paul Wesley and Ian Somerhalder (of CW Network television show “The Vampire Diaries” fame) to discuss their first joint venture, Brother’s Bond Bourbon, on our Instagram Live series, #TasteWithSpace. While associate editor Ted Simmons chatted with the duo at length about the nuts and bolts of their bourbon—where they source from (MGP), what’s in the mashbill (65% corn, 22% rye, and an undisclosed percentage of wheat and malted barley), and the process of arriving at the final blend—the discussion also veered into more personal territory.

Wesley and Somerhalder, fielding questions from avid fans who tuned in by the thousands, shared how they initially became bourbon fans themselves, who they’d most like to enjoy a pour of Brother’s Bond with, and what they’re looking forward to as the post-pandemic world reopens. The pair also shed some light on their plans for the future, revealing all that’s to come for Brother’s Bond in the near-term. There’s certainly a lot in store, including rye whiskey and bottled in bond bourbon line extensions. Swing by our Instagram page to catch the full interview, and tune in this Friday, June 4, when Simmons talks to Ardbeg distillery manager Colin Gordon.