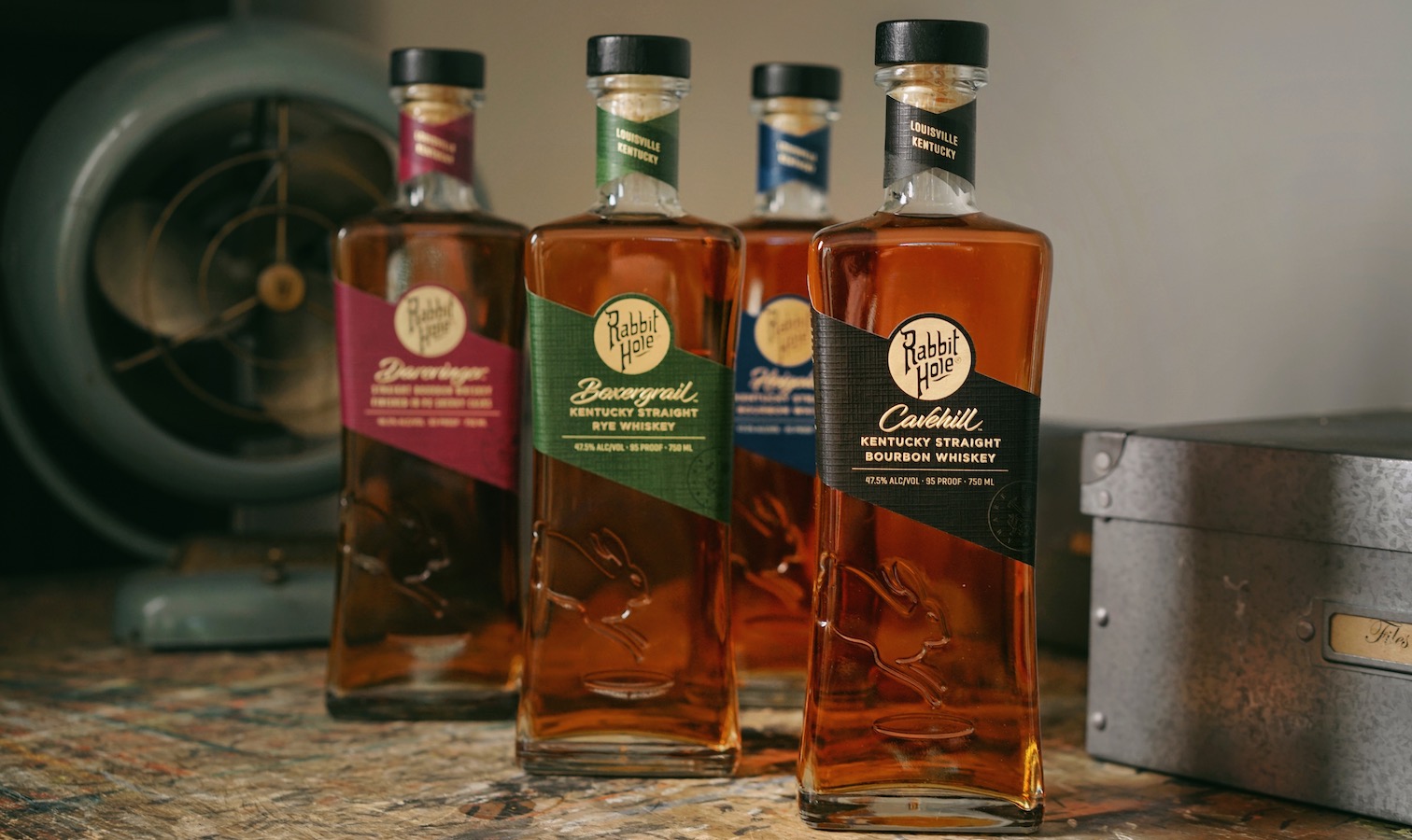 Rabbit Hole Distillery is relaunching its line of whiskeys with new names and introducing a new bourbon named for 19th-century immigrant Christian Heigold.

Just a few weeks after announcing its sale to Pernod Ricard, Rabbit Hole Distillery is unveiling a new whiskey—along with a complete rebranding of its core range—debuting next month. The change is intended to honor influential figures in Louisville and in the life of Rabbit Hole founder Kaveh Zamanian, and the new whiskey—a straight bourbon—ties the spirit of a 19th-century Kentucky immigrant with Zamanian, who emigrated from Iran as a child. “He was a stonecutter who settled here in Louisville, and carved all kinds of ornate symbols of what I consider to be immigrant patriotism, really a tribute to America and what it stands for,” Zamanian says. “In a lot of ways, I relate to that spirit of patriotism and what America signifies and stands for in terms of opportunity and possibility.”

Rabbit Hole’s new whiskey is made with 70% corn, 25% malted rye, and 5% malted barley, aged for just under four years in toasted and charred new oak barrels, and bottled at 47.5% ABV. It launches next month, priced at $70. Called Rabbit Hole Heigold, it’s named for Christian Heigold, a German who immigrated to Louisville in 1850. A stonecutter by trade, Heigold built a mansion in The Point neighborhood of the city, decorating it with patriotic carvings and epigrams, including a bust of President James Buchanan.

The choice to name a whiskey after Heigold takes on additional dimension when the era in which he lived is put into context. No doubt, Heigold felt love and pride for his new country and wanted to demonstrate it by plying his skillful art on his own home. But visibly exhibiting his American identity was also a political statement at the time, when the anti-immigration and anti-Catholic Know-Nothing Party was stoking distrust and hatred of newly arrived immigrants. In Louisville, the loudest local voice for the party was newspaper editor George Prentice, whose rhetoric eventually sparked violence on August 6, 1855, an election day, when an angry Protestant mob attacked German and Irish Catholic businesses and homes, killing 22 people; the day later became known as Bloody Monday.

Heigold and his home survived the violence, and the Know-Nothing Party faded into obscurity shortly thereafter, but those patriotic carvings remain visible on the house’s façade, which is now located in Waterfront Park, just a mile and a half from Rabbit Hole’s distillery. While naming a bourbon for Heigold wasn’t a political statement per se, Zamanian says that one of his goals is for the whiskey to unite people in a time of divisiveness.

“Spirits embody one of the finest expressions of who we are as human beings, and just like food, music, the arts, it’s about bringing people together,” he explains. “There’s a certain kind of political climate these days that seems somewhat divisive, and…at Rabbit Hole, we’re in a very different position in the sense that we want to bring people together, to celebrate our diversity and celebrate our individuality, rather than to make it a divisive or binary issue.”

Along with Heigold’s debut, Rabbit Hole is giving its three other whiskeys new names, though the liquid itself remains the same. “All of them tie into place and persons,” explains Zamanian, who still runs the distillery following the Pernod deal. “The place is Louisville, and the persons are distinct individuals that have inspired me.”

Rabbit Hole’s core 47.5% ABV Kentucky straight bourbon ($60), made with a mashbill of 70% corn, 10% malted wheat, 10% malted barley, and 10% honey malted barley, will now be known as Cavehill. The name comes from Louisville’s historic Cave Hill cemetery. “It’s the resting place of more distillers than anywhere else in the country, and it’s right down the street from my house,” Zamanian says. “I have a lot of reverence there. These are individuals that paved the way.”

Finally, Rabbit Hole’s 46.5% ABV PX sherry cask-finished bourbon has been dubbed Dareringer ($80). Pronounced like Derringer, Dareringer is made with 68% corn, 18% wheat, and 14% malted barley. The whiskey’s name is a nod to Zamanian’s wife, Heather, who first got him to drink bourbon. “The sherry cask finish is a very elegant, sweet expression of one of our bourbons,” Zamanian says. “My wife, Heather, is a Louisvillian, and equally elegant, sweet, and charming. And she’s been, in a sense, a muse for me behind the brand.”

Heigold and the rest of the newly designed whiskeys will launch for sale at the distillery on September 1, with wider distribution to 18 states, and eventually the whole country, rolling out later in the month. Rabbit Hole also has plans to rebrand its gin as Wool and Water—named for Chapter 5 in “Through the Looking-Glass”—that will be unveiled later in the year.