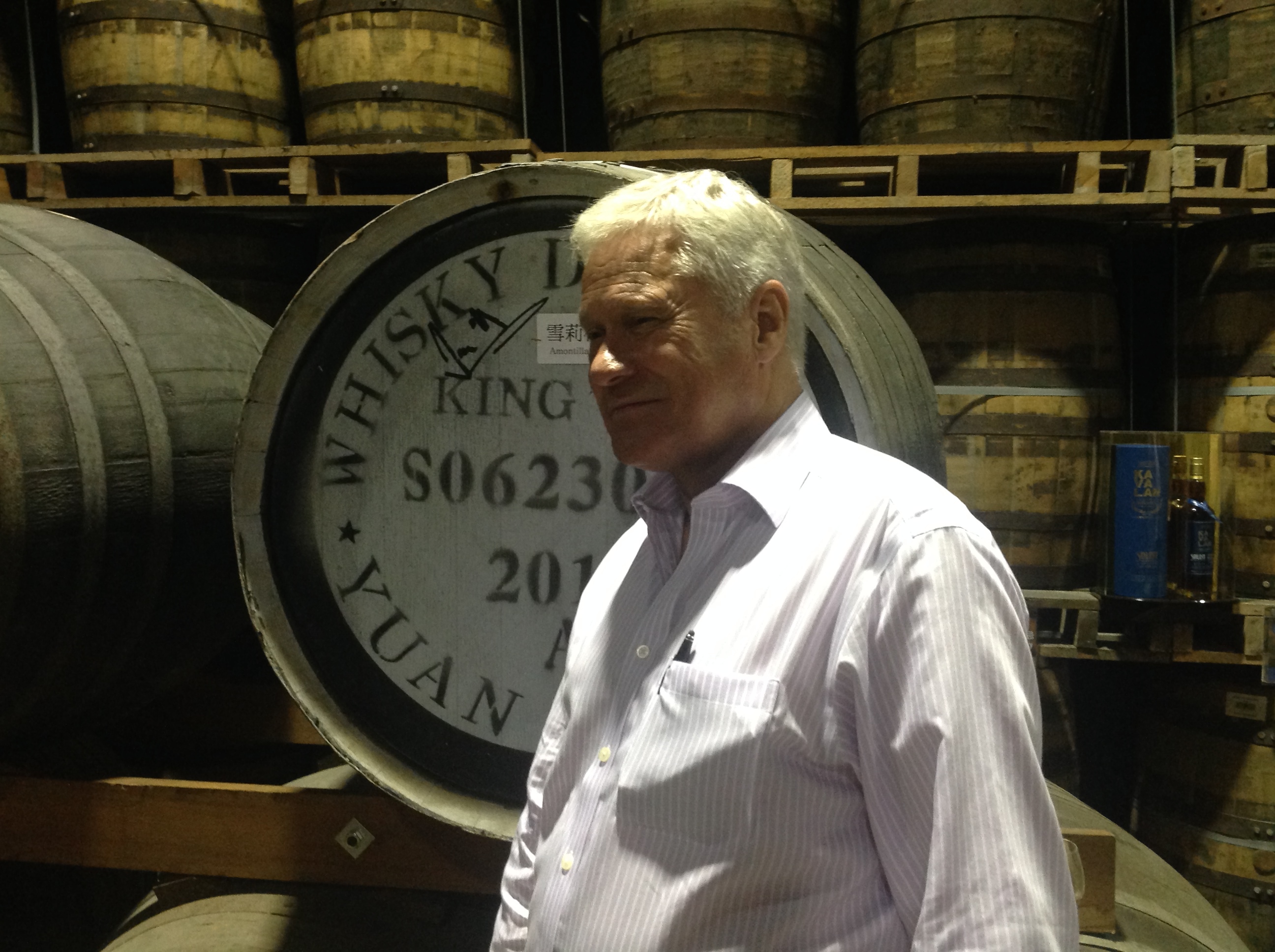 Fans of whisky from India’s Amrut, Penderyn of Wales, Kilchoman on Islay and Taiwan’s Kavalan all owe a debt of gratitude to one man: Dr. Jim Swan, a magician who turned aspiring distillers’ dreams into reality. His sudden and untimely passing on February 14th has been mourned internationally, a testament to the sorrow keenly felt by the global whisky community at the abrupt loss.

The foundation of Dr. Swan’s profession placed him within the inner circle of Scotland’s brightest scientific spirit researchers, through Inveresk Research International, then Pentlands Scotch Whisky Research Limited in the 1970s under the leadership of director of research Dr. James Gray. Dr. Swan’s skill was applied research into the fusion of the laboratory and sensory analysis of whisky, which meant conducting his studies side by side with the mashmen, brewers, and stillmen on shift in malt and grain distilleries across Scotland. During the 1970s and 1980s, Dr. Swan managed research programs funded by the UK Government and European Union, and published his findings on the sensory analysis of maturation of potable spirits, compounds affecting the peatiness of Scotch whisky, and the flavor vocabulary of Scotch whisky that became popularized as the Flavor Wheel. He earned his PhD from Heriot-Watt University in 1988, the same institution that awarded him a bachelor’s degree in applied chemistry in 1965.

In 1993, Dr. Swan partnered with Dr. Harry Riffkin to buy Tatlock & Thomson in Glasgow, helping to turn it into an internationally-recognized analytical business for the wine and spirits industry. Dr. Swan was a Fellow of the Royal Society of Chemistry and was awarded a Fellowship of the Institute of Brewing and Distilling. During the late 1980s and 1990s, his research focus switched to oak cask maturation, and he investigated air-seasoning versus kiln-drying of timber, freeze-thaw seasoning techniques, and optimizing toasting regimes. He lectured on the topic as a leading participant at the International Barrel Symposiums in Missouri, organized by Independent Stave Company in the late 1990s and attended by the likes of Elmer T. Lee, Jimmy and Eddie Russell, Craig Beam, and Harlen Wheatley. This helped Dr. Swan to develop strong relationships with World Cooperage, putting him in an ideal position to make valuable introductions when the modern distillery building boom began. Demand for his skills and experience grew, and the Tatlock & Thomson team travelled from Scotland to the India to consult at Amrut distillery and the Mohan Meakin distilleries. They were also brought in to work on the launch of Penderyn distillery in Wales.

There are no copper-bottomed guarantees when building a distillery, but there was a number you could call to get the next best thing. Launching his own consultancy business in 2002, Dr. Swan became the go-to guy for new distillers around the globe. He was hired for his Midas touch: only when clients emptied the cask did they understand that everything he had taught them had turned to gold. He became master blender for Penderyn; he was instrumental in creating the recognized quality of Kilchoman single malt; and he became something of a national hero in Taiwan for his work on Kavalan whisky. In typically Scottish manner, he handled the adulation with humility, modesty, and good grace. The list of distillery project clients grew to encompass the U.S., Scotland, England, France, Israel, India, Australia, and others.

When Dr. James Gray opened Tatlock & Thomson’s state of the art premises in Fife in 2013, it was heartening to see Dr. Swan reunited with his old friends and colleagues. With his finger on the pulse of the new distilleries, Dr. Swan was fascinating to interview, generous with both his time and explanations. He forecast warnings of pressure on supplies of good-quality American oak casks, explained to me how you can make great whisky in hot climates, and introduced me to the right people to get the best angle on a story.

From his birth on Christmas Day 1941 to his sudden death at home on Valentine’s Day 2017, he was the embodiment of the intrepid and inventive Scot. He was the éminence grise of the whisky world: greatly respected by all, championing quality whisky making around the world, and taking quiet satisfaction in his life’s achievements through sharing his knowledge with others. When he died, it was just the start of another busy working week. He will be missed throughout the whisky world.