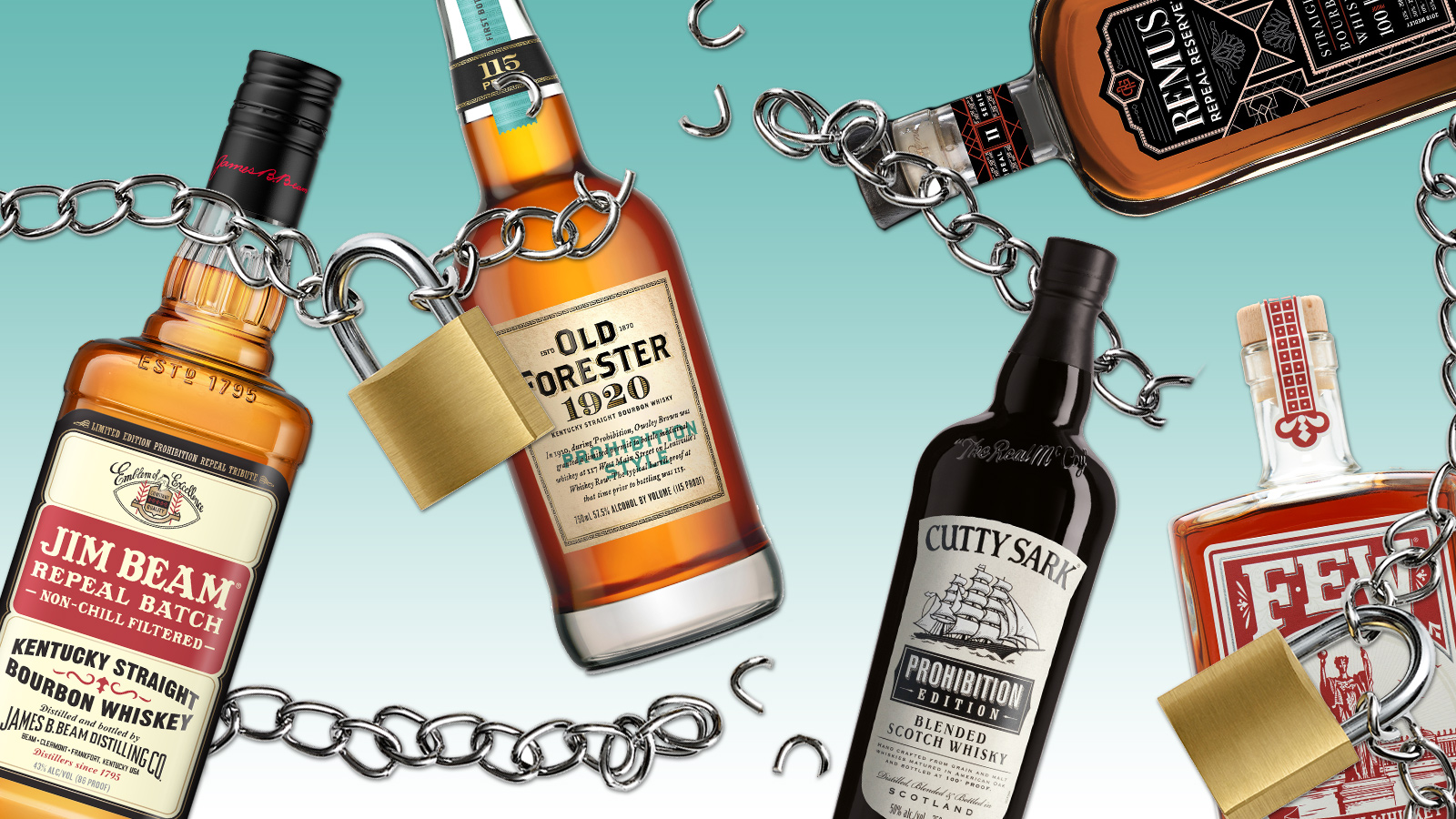 At Whisky Advocate, we don’t often have to look far for a good reason to raise a glass, although the calendar has plenty to offer by way of whisky-themed holidays. While some may seem generated by marketing departments (National Hot Toddy Day, anyone?), others have real, historic roots. December 5 marks the anniversary of the passage of the 21st Amendment in 1933, which brought an end to 13 years of U.S. Prohibition, when all recreational alcohol was banned.

Prohibition sought to curtail public drunkenness, crime, and domestic violence, but it had some unintended consequences as well. Bootlegging—the production, distribution, and sale of illicit alcohol—led to a rise in organized crime, and the country missed out on hundreds of millions of dollars in tax revenue, instead spending millions to enforce Prohibition laws.

Repeal Day, as it is now known, resuscitated America’s whiskey industry, leading to the vast array of bourbons, ryes and other domestically made spirits that we get to enjoy today. It also reopened the country to legal imports of scotch, Irish, and Canadian whiskies. While it took decades for the whisky industry to recover from the effects of enforced abstinence, today the outlook is much brighter. Some producers have released whiskies paying homage to Repeal Day—or even recalling the heyday of Prohibition, which was a time of great, ahem, creativity for whisky drinkers looking to get a dram. In honor of enjoyable, and legal, consumption, here are some whiskies to try.

6 Whiskies Worthy of Toasting the Repeal of Prohibition

A new release for 2018, Jim Beam Repeal Batch celebrates the 85th anniversary of the repeal of Prohibition (the score is pure coincidence). The packaging is a throwback to the 1930s, when Repeal occurred. This is a limited-release bourbon from Beam, but at an affordable price, making it easy to try. Jim Beam also offers a Pre-Prohibition Style Rye (85 points).

Thanks to a federal grant, Old Forester was one of the few distilleries able to legally produce, transport, and sell whiskey throughout Prohibition, making it available as “medicinal whiskey.” These circumstances have made Old Forester the longest-running bourbon on the market today, and 1920 Prohibition Style (named for the year that Prohibition took effect) honors that continuous legacy. Bottled at 57.5% ABV, this whiskey is a whopper, and represents the type of bourbon that company president Owsley Brown I would have bottled a near-century ago.

George Remus was a criminal attorney who became one of the country’s most lucrative bootleggers. During Prohibition, liquor sales were still allowed for medicinal purposes, so Remus created a drug company to purchase locked-away booze. He would sell it wholesale to drug stores but have his own men hijack the shipments, funneling the product into the illegal liquor trade. Despite paying off local, state, and federal officials to look the other way, he was eventually sent to prison in 1925. This bourbon is named for Remus and made at Indiana’s MGP Distillery, which describes his exploits as “a loophole or two.” It is released annually in limited amounts; Series II is available now.

American Prohibition had an impact on foreign markets as well, giving Canadian whisky an entry to the market through Midwest bootleggers like Al Capone. Cutty Sark’s Prohibition Edition commemorates William McCoy, a boat captain and rumrunner who smuggled the blended Scotch whisky into America through the Bahamas to the East Coast. Bottled at 50% ABV, the whisky stands above regular Cutty in both proof and score.

Located in greater Chicago, Evanston, Illinois was home to Frances Elizabeth Willard, a leader in the 19th-century Temperance movement whose efforts eventually led to nationwide Prohibition. Yet even after Repeal, some states, counties, and municipalities continued to restrict consumption and manufacturing of whiskey. F.E.W. Spirits Paul Hletko had to overturn Evanston’s century-old prohibition laws to open the first distillery within city limits in 2011. He named the distillery after Willard’s initials, winking at the area’s history while creating top-notch bourbon, rye, and other whiskeys.

The Chicken Cock brand was first established in Paris, Kentucky in 1856, but had to move production to Canada at the start of Prohibition. The whiskey was smuggled into the States in tin cans, becoming the house whiskey at the Cotton Club, a speakeasy in Harlem, New York. In 2016, to celebrate its 160th Anniversary, Chicken Cock released its Bootlegger’s Reserve, a blend of bourbon and rye whiskeys that echoes a Prohibition-era practice of blending bootlegged Canadian rye with bourbon.