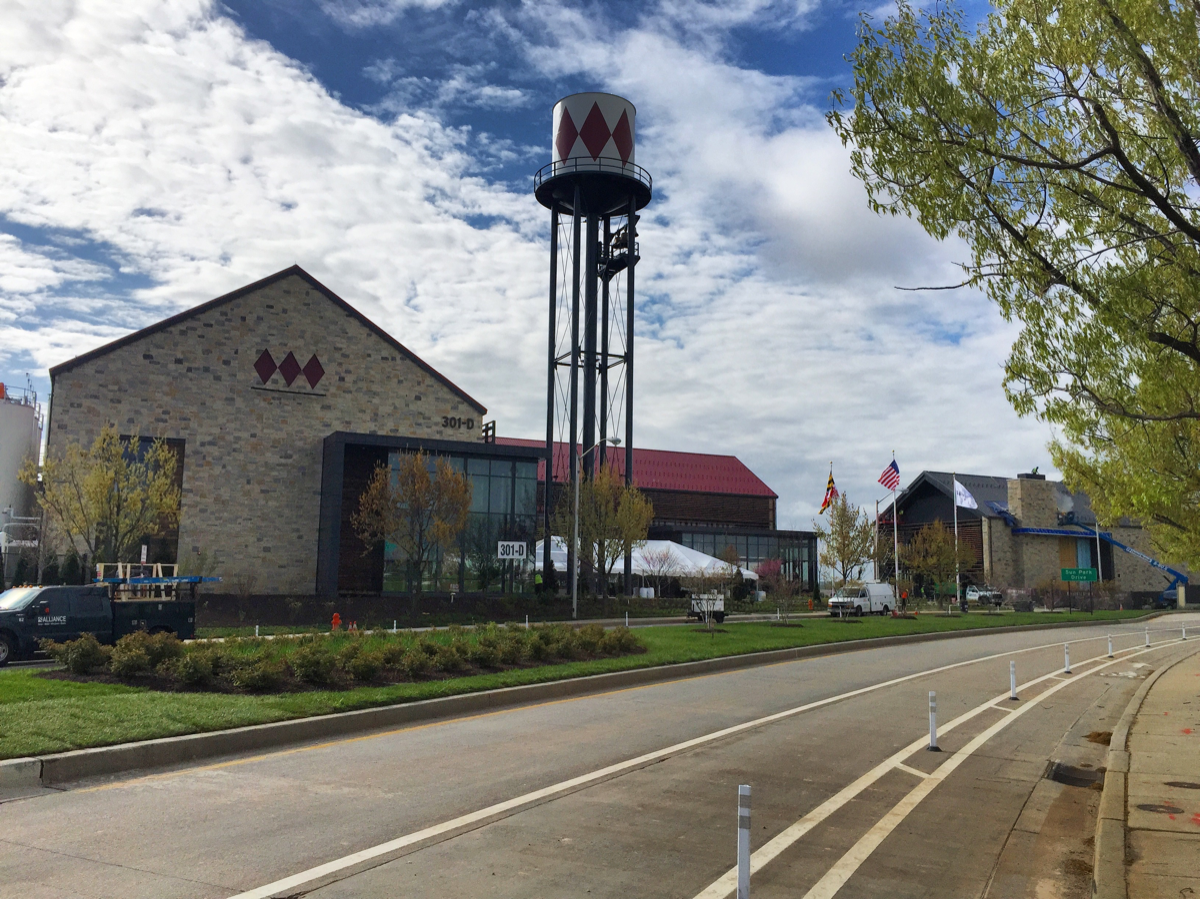 Charm City just got another attraction that’s sure to entice whiskey fans. After about 18 months under construction, Sagamore Spirit Distillery opened on April 21st in the Port Covington neighborhood on Baltimore’s waterfront. The facility spans five acres and includes a distillery, a processing building, and a visitors center, with restaurant and event space that will open in the fall. Production of Sagamore’s rye whiskey—currently made at MGP—began on April 10th.

Sagamore Spirit launched last year as a blend of two straight rye whiskeys—each with a different proportion of rye in the mash bill—currently made to the company’s specifications at MGP. Founder Kevin Plank—better known as the creator of Under Armour—brought on former MGP master distiller Larry Ebersold to develop the recipe for the rye and oversee contract production. Ebersold will remain on board with the company to help ensure continuity of flavor and quality as Sagamore begins distilling and aging the whiskey itself.

The 22,000-square-foot distillery houses nine 6,500-gallon fermenters, an 8,000-gallon beer well, and a 6,000-gallon mash cooker. There’s both a 24-inch column still from Vendome and a 250-gallon pot still that will be used for research, new product development, and creating special releases. Meanwhile, the processing building contains the bottling line, barrel filler, and dump trough, as well as ten proofing and gauging tanks, each with 1,000-gallon capacity. Limestone-filtered spring water from Sagamore Farm, located 22 miles away in Reisterstown, Maryland, is trucked to the building and used for diluting the core rye whiskey to its ABV of 41.5%. (There’s also a cask-strength version that clocks in at 56% ABV.) All the whiskey ages off-site at a 20,000-barrel barn in North Point, Maryland.

Two distillers, Max Hame and Christopher Schultz, and director of quality Ryan Norwood will oversee production, eventually shifting to bottling 100% house-made whiskey. Though Sagamore Spirit president Brian Treacy has stated “we age to taste” rather than a specific number of years, the company plans to age everything for at least four years. “Consistency in flavor is important to us,” he says. “We are eager to taste the new flavors that emerge from the whiskey made and aged in Maryland. Our expert distilling team will perform quality checks throughout the aging process to learn how Maryland’s flora and fauna interact with the whiskey in the barrels.”