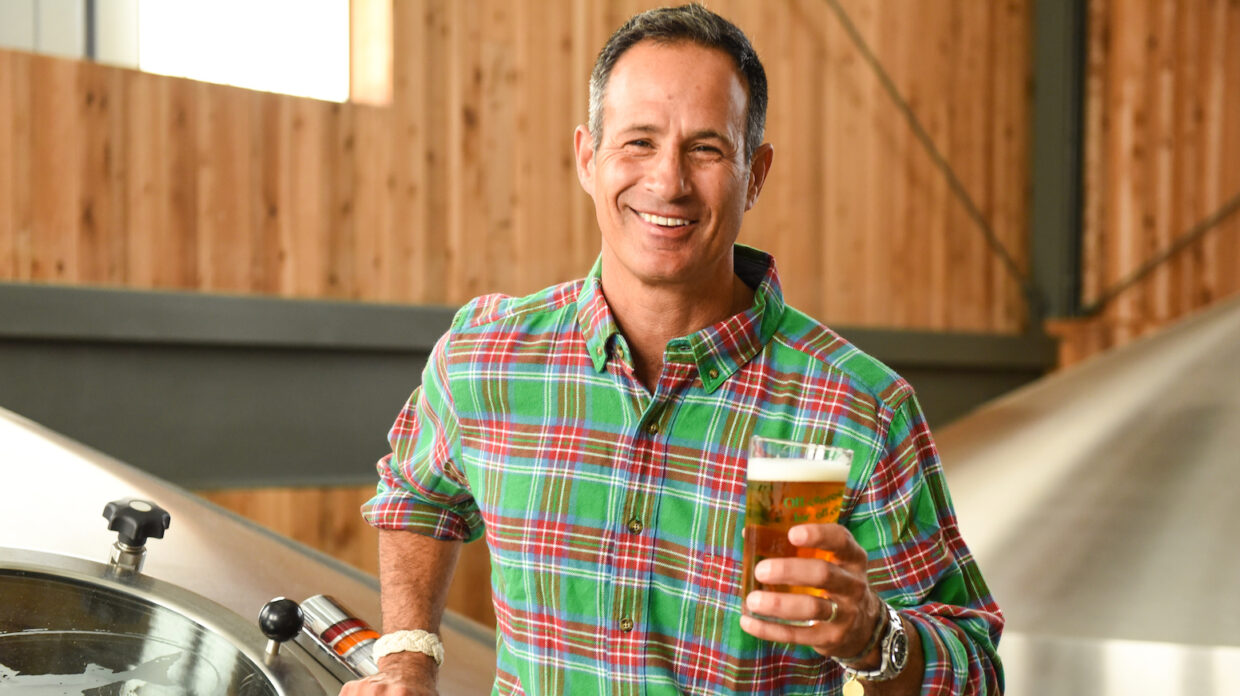 Dogfish Head co-founder Sam Calagione has bridged the gap between brewing and distilling with the spirits arm of his company.

In case you missed it: On August 13, Whisky Advocate traveled to Milton, Delaware to visit the Dogfish Head brewing and distilling team, and speak with co-founder Sam Calagione about making spirits with a craft brewing background. During the interview, Calagione and associate editor Ted Simmons tasted through Dogfish Head Let’s Get Lost single malt whiskey and Sonic Archeology bottled cocktail. The former scored 92 points in our Winter 2020 Buying Guide, while the latter is a mingling of Dogfish Head whiskey, rum, apple brandy, honey, and lemon and pomegranate juices.

Opened in 1995 as a craft brewer, Dogfish Head started making spirits on a very small scale in 2002, and then ramped up production around 2015. Its distilling arm now has a lineup that includes vodka, gin, rum, and American single malt, as well as experimental releases like Sonic Archeology. Calagione explained that his distilling focus will remain innovative, foregoing mainstream styles in favor of single malts while also expanding its line of pre-made cocktails. Dogfish Head’s spirits are currently available in Delaware, Maryland, Virginia, and Washington, D.C., but expansion to nearby states may be on the horizon, capacity permitting. Head to Whisky Advocate’s Instagram page to watch the full interview.