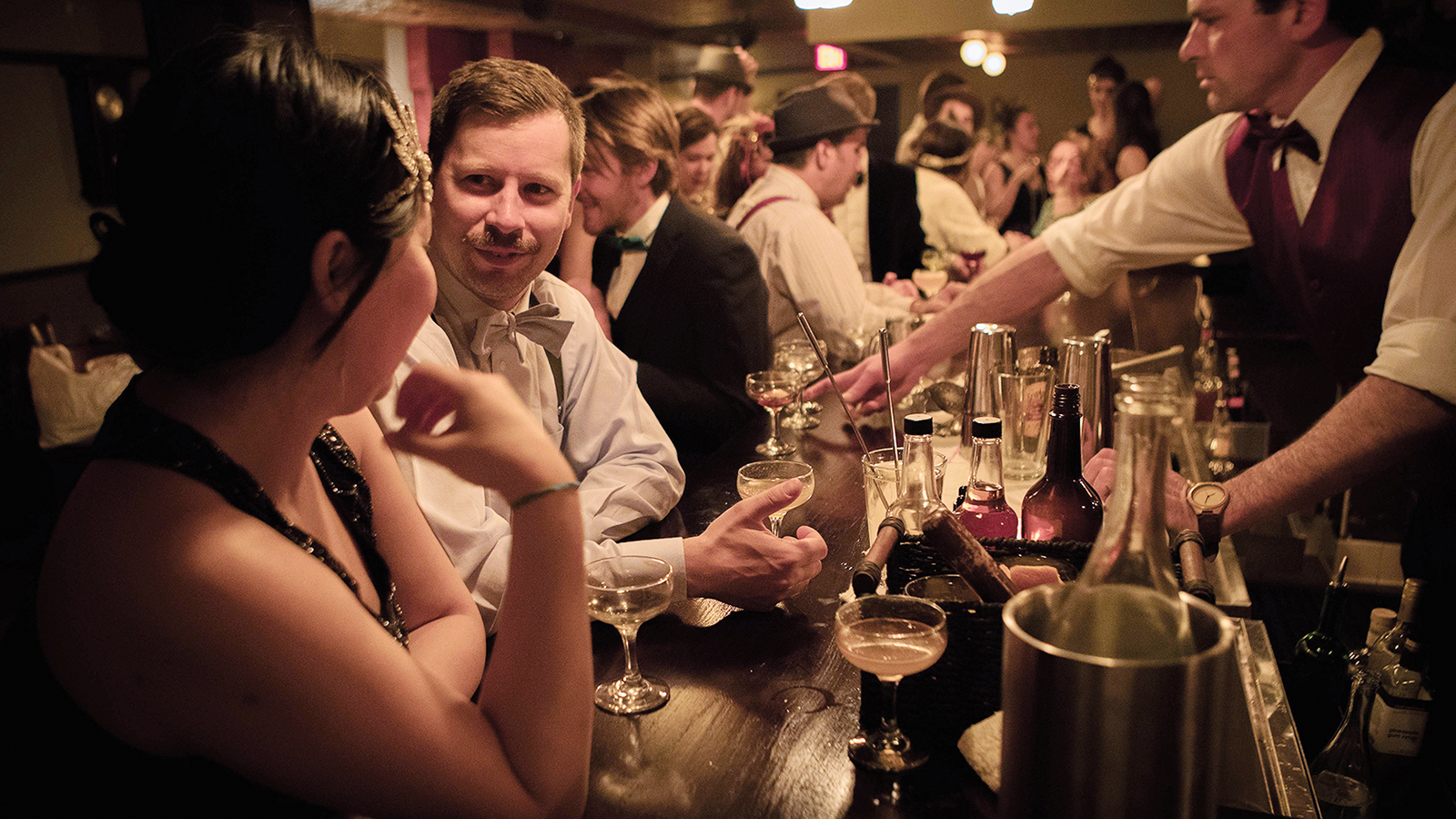 San Francisco has always been a great place to enjoy whisky and has the history to prove it. While the inferno of the 1906 earthquake incinerated most of the city, firefighters worked overtime to save the vast whiskey warehouse of a local merchant named A.P. Hotaling. The building still stands on Jackson St., and the plaque outside displays a cheeky tribute to their effort:

If, as they say, God spanked the town
For being over-frisky,
Why did He burn His churches down
And spare Hotaling’s whiskey?

The rest of the poetry on this tour will come in a glass. No need to rent a car, because the city is small enough to walk or hail a lift or, in true Silicon Valley style, call a ride share.

It’s late morning; you’ve just arrived and are ready to head out on the town. First stop, the Ferry Building for a coffee at Blue Bottle. Enjoy the famous joe as you stroll in this bustling marketplace, because you’re going to need the caffeine.

Latte in hand, enjoy the short walk just 400 paces to the north for lunch at Hard Water, a radiant temple of American whiskey with an airy, light-drenched interior. Gape at its towering wall of whisky, many hundred bottles strong, while finding a stool around the horseshoe bar. If you don’t commit to a whisky flight, take a Mint Julep with your fried chicken (Southern cuisine is the inspiration). 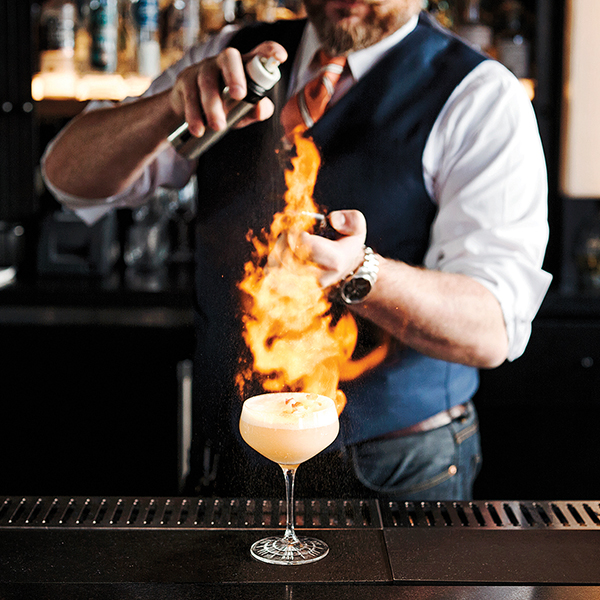 Hurry back to the Ferry Building in time to, naturally, catch a ferry. Inside, at the Bay Crossings stall, buy a ticket to Alameda and enjoy the fifteen-minute cruise before disembarking and strolling one quick mile to St. George Spirits, the king of California craft distilling. Do a tasting and pick up a bottle of its nuanced Baller single malt. Don’t linger though, as you’ve got to get back to town.

Back in San Francisco, it’s a fifteen-minute hike up Market St. from the ferry to Cask, a great place to shop for rare whiskies and cocktail ingredients. A few blocks away sits Rickhouse, another of the city’s standout whisky bars. Dark and burnished—the ceiling’s made of staves from 300 Kentucky bourbon barrels —Rickhouse is gorgeous and boozy. Try to make it before 5 p.m., because this place gets crazy with the after-work crowd.

From Rickhouse, it’s a three-block walk up Sutter St. to the chic Mystic Hotel, which is just off Union Square. Its central location makes it an ideal spot to book a room. The real draw of the Mystic is the Burritt Room bar, which channels San Francisco’s history in noir cinema and smoky intrigue. Indeed, the hotel sits right on Burritt Alley, where Sam Spade’s partner was gunned down in “The Maltese Falcon.”

Put on some nice-ish clothes—no jeans or T-shirts—and a fedora, if you’ve got one. Grab a car to dinner at the Comstock Saloon, a bar dating to 1907 (renovated in 2009), with a beautifully classic vibe. A simple Manhattan or Old-Fashioned is the call and the food is a mix of French bistro and burgers.

Hurry out by 7:40, as just a few blocks away you’ll find the cryptic entrance (password required) to The Speakeasy—a cross between a bar, interactive theater, and a time machine. After entry, you’ll be confronted by a maze of rooms in which different storylines from the age of Prohibition unfold, played by 35 costumed actors. Move about as you wish, observing different stories. There’s cabaret, casino, and complimentary period drinks. It wraps up around 11:30, leaving time for a nightcap.

Another brief car ride puts you in striking distance of your hotel and several of the city’s best whisky bars. Some are just outside the gentrified zone in the slightly seedy Tenderloin District, but despite appearances, it’s generally considered safe. Whiskey Thieves and Bourbon & Branch are great bars, but I’m a fan of Tradition, a classy space that ages and finishes classic spirits in select barrels. Try Redbreast 12 year old after a year spent in a Guinness-washed cask. 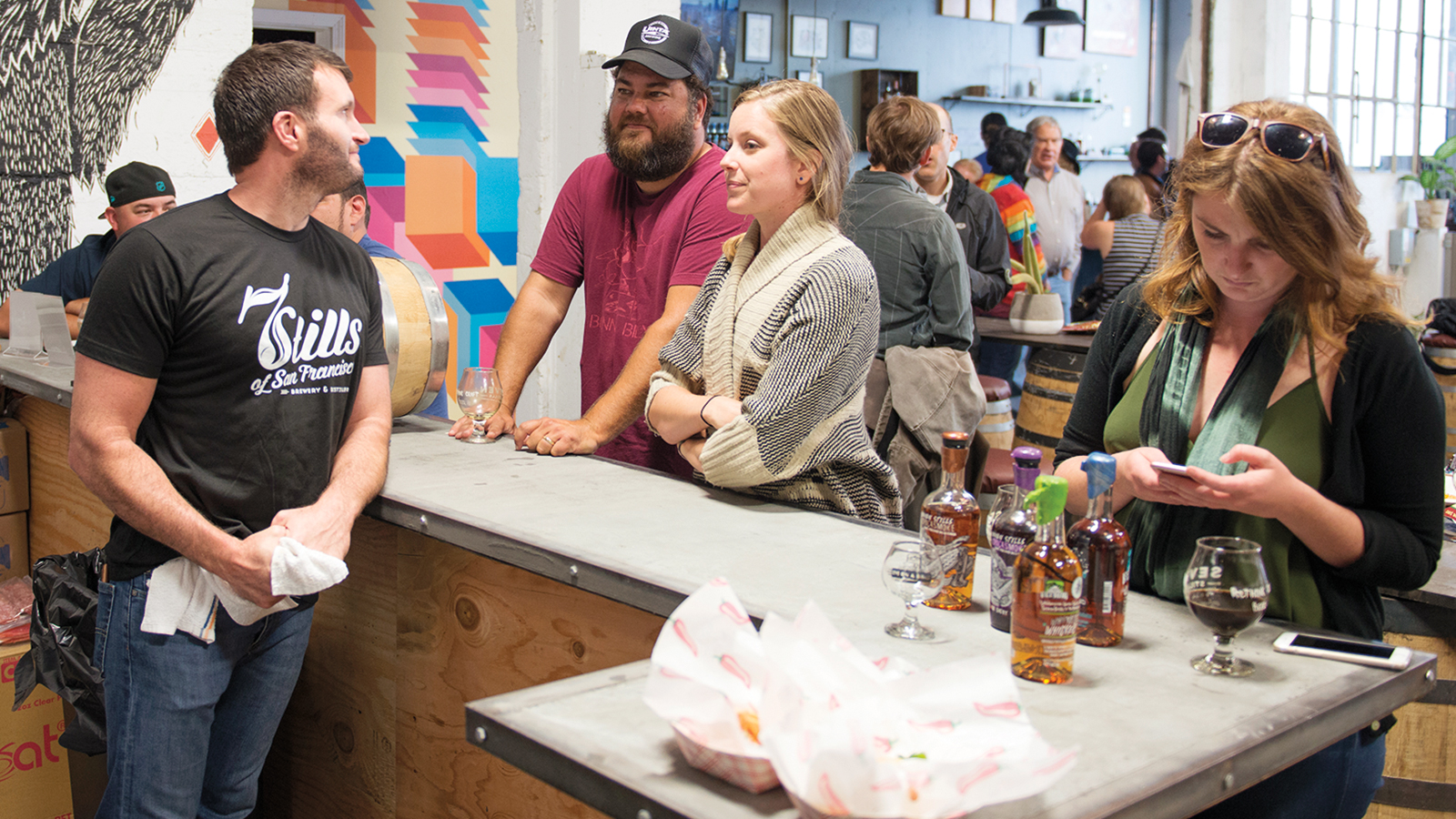 At Craft Distillery Seven Stills, you can sip whiskey and the beer it’s made from.

Today, we head to the other side of town for breakfast overlooking the bay. Grab a car to The Ramp, named for its popular boat ramp, and brunch outside, surrounded by sailboats while downing a spicy Bloody Mary (sub a peaty scotch for vodka). From here it’s just a hop on the KT train (just paces away) to Seven Stills, one of the city’s newest craft distillers, located in the sunny, up-and-coming Bayview District. Seven Stills’ owners specialize in whiskey distilled from their own beer, offering guests an opportunity to taste their whiskey alongside the very fermented stuff it came from, be it a hoppier India pale ale or a more exotic peanut butter milk stout.

From here it’s a short ride to Anchor Distilling, which for the first time in its 24-year existence opened to the public last year. Reservations are mandatory for their guided tastings. Climb through the renowned brewery to the rooftop bar and sample their range of influential spirits. After all, as the first 100 percent rye on the market in generations, Anchor’s seminal Old Potrero ignited the rye whiskey rage way back in 1996. 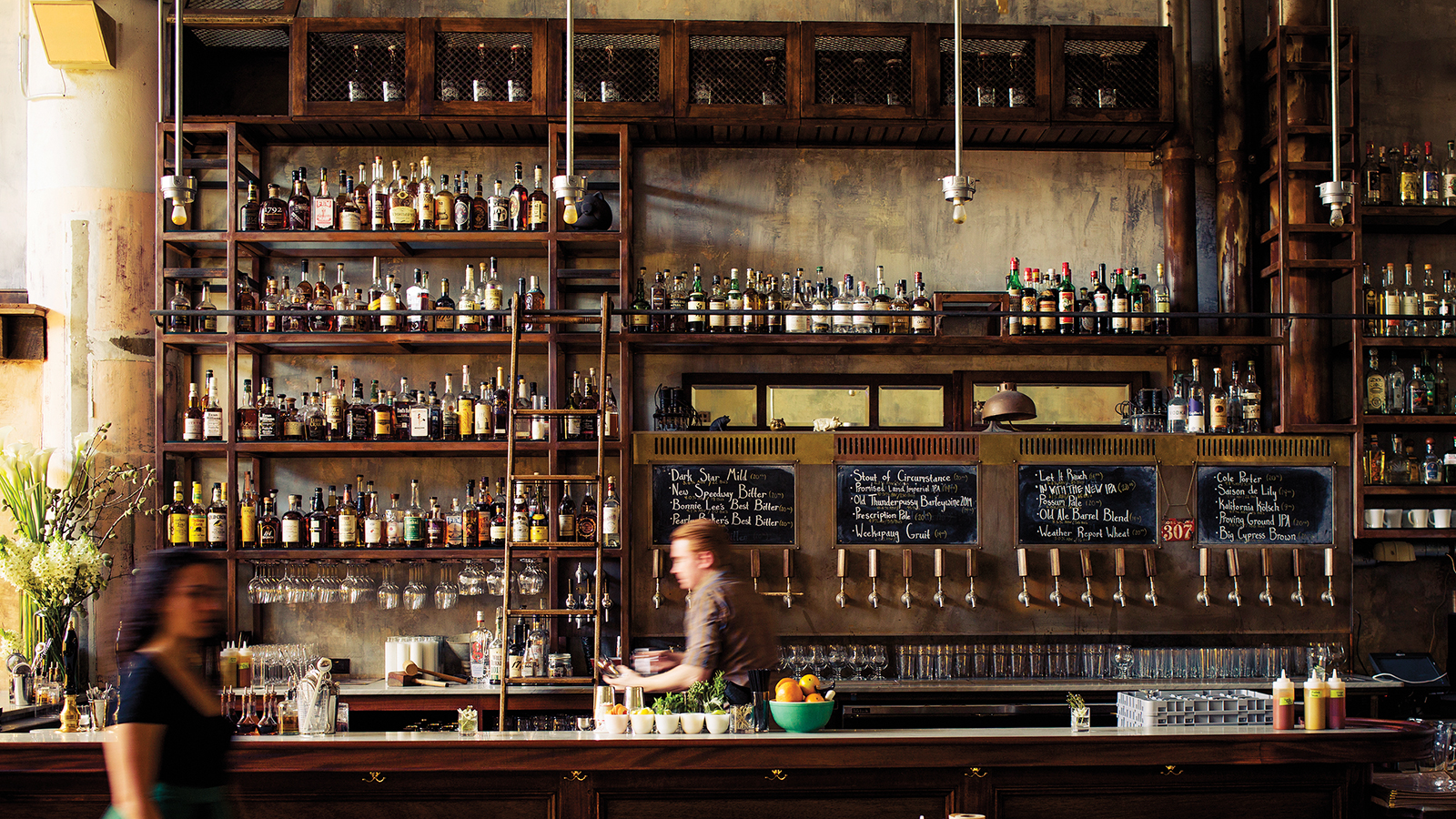 Enjoy the relaxing rooftop view, because it’s time for dinner at The Saratoga, a new heavyweight on the spirits scene. A stylish, swanky restaurant with one of the most serious spirits collections in the country, The Saratoga occupies two levels. Downstairs is an intimate, plush supper club, and that’s where you want to be. Make a reservation weeks in advance to ensure you get a table. Dinner is classic American fare, while whiskey lovers can rejoice over such rarities as Van Winkle 13 year old Family Reserve rye.

San Francisco is crazy for Japanese whisky, and there’s no better place for a postprandial than at Nihon Whisky Lounge in the Mission. A ten-minute car ride gets you to this Tokyo-style bar, with its dark interior, smooth-grained wood paneling, and what they claim is the largest whisky selection on the West Coast, at 500 bottles. If you’re still hungry, salmon sashimi dipped in soy (no wasabi) pairs beautifully with Yamazaki 18 year old.

Finish the night with a dram at Elixir, a hardscrabble San Francisco saloon carrying almost 160 years of continuous bar service. Elixir wasn’t as fortunate as Hotaling’s warehouse; the building that stands now was rebuilt on the original site in 1906, making it a good place to raise an expert cocktail or just a bourbon and a beer to San Francisco’s long love affair with whisky.