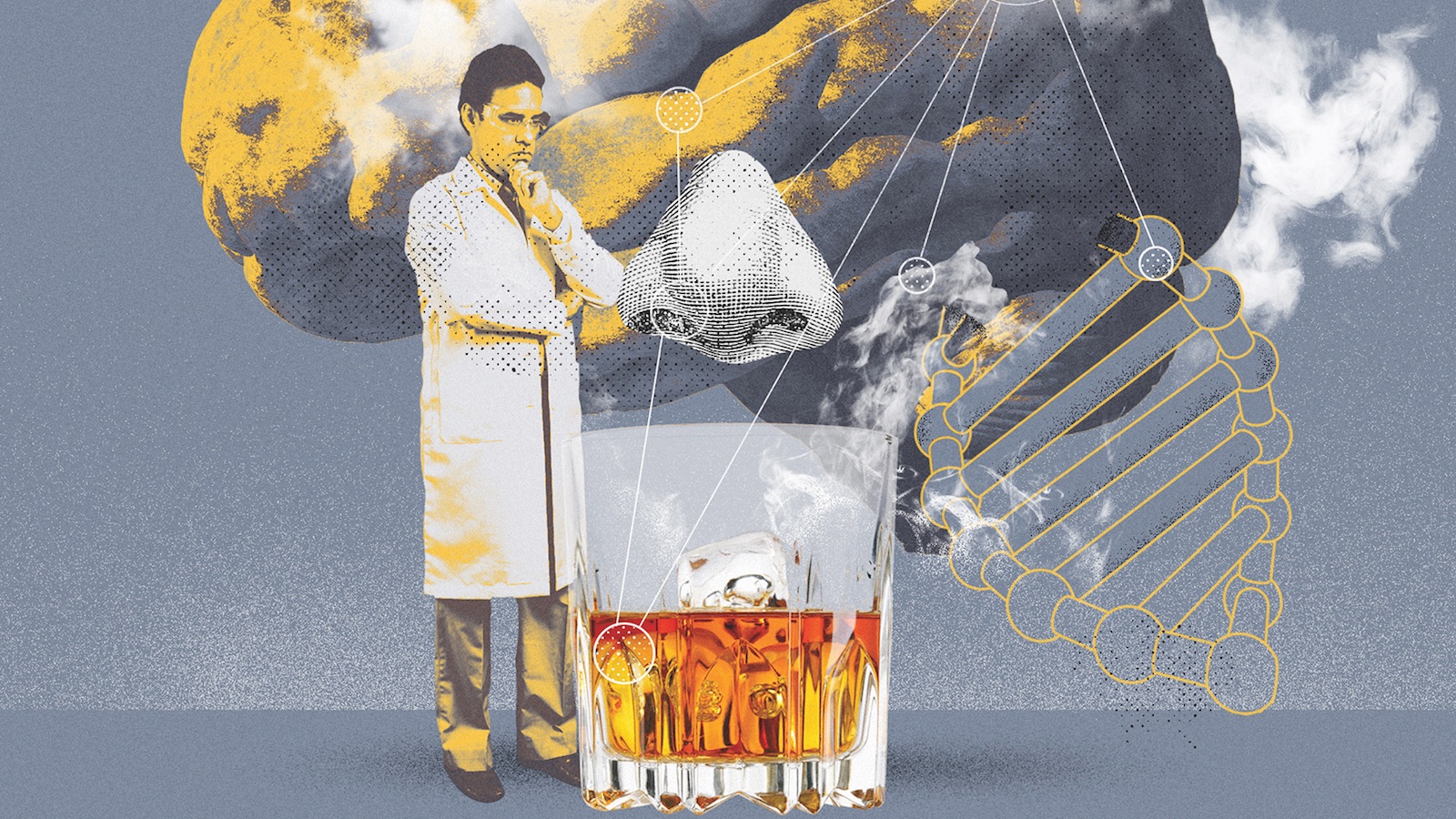 There are psychological reasons including sensory memory to explain why you may favor or dislike smoky whiskies. (Photo by Max-O-Matic)

When man created fire, he didn’t realize the passions he’d inflamed. A few wisps of smoke from a bonfire or whiffs of barbecue on the grill is all it takes to draw a crowd to your backyard. It seems Homo sapiens are hardwired to love the smell of smoke—and perhaps we are.

Since cooking with fire made food safer to eat, helped our bodies absorb more nutrients, and preserved food, “The use of fire to cook might have allowed our early ancestors to diverge from other primates and develop into modern humans, as the higher nutrient density allowed the development of our large brains,” explains Helene Hopfer, Ph.D., assistant professor of food science at Pennsylvania State University. Unlike other animals, humans often require cooked meat. And until relatively recently in our ancestral timeline—within the last 200 years—all cooked food would have tasted of smoke.

In addition to this evolutionary benefit of a taste for smoke, some people develop personal memories around the smell of smoke—good or bad. “We know that exposure to flavors at an early age—think infants—will shape food preferences and choice. If we learn to associate the smell of smoke with delicious food, these memories would also lead to increased familiarity with these smells,” she says. On the other hand, if you associate smoke with traumatic experiences such as a house fire, you may not love the scent of ribs in the smoker. This sensitivity is especially profound because our sense of smell is directly connected to the brain’s limbic system, a primal region that affects mood, emotion, and memory.

Our individual genes may also play a role in our personal perception of smoke. “There is genetic variation in the olfactory receptors in our nose that send information to the brain about what we are smelling,” says scientist Casey Trimmer, Ph.D.

In the past few years, scientists have gained more insight into how these genetic differences impact our perception, though it’s still not fully clear. “As olfaction is a rather complex pattern recognition mechanism—where a single odor compound is able to activate more than one olfactory receptor—linking a specific receptor to a specific compound is tricky,” Hopfer says.

However, one receptor researchers have identified is OR10G4, which is linked to guaiacol, a smoky-smelling compound found in whisky, wine, roasted coffee, bacon, and smoked fish. It’s one of the characteristic components that burning peat imparts to Scotch whisky and is characterized by wood, vanilla, and phenolics. Variations in OR10G4 may explain why some people turn their nose up at the smoky intensity of a peated scotch like Laphroaig while others savor the aroma. “People who can detect guaiacol better tend to find it a bit unpleasant because it’s such a strong odor, whereas people who detect it less like it more,” Trimmer explains.

And of course our sense of smell affects our sense of taste. “Flavor is a combination of a few sensations—mainly taste and smell, but also texture and chemical irritation, like the burn of chili peppers or pungency of onions,” Trimmer explains. “When we eat and drink, our tongues respond to the sweet, salty, sour, bitter, and savory chemicals in our food. Volatile chemicals are also released, traveling up the back of our throat and interacting with the smell detectors in our nose.” So smoke, clove, or anything other than sweet, salty, sour, bitter, or umami is detected by smell.

Smoke compounds in whisky may also irritate these pain receptors, she says. Body and room temperature, as well as the presence and composition of our saliva also influence the release of aroma compounds in our mouth and therefore the taste of foods and drinks, Hopfer adds. Even lights, sounds, other smells, and context effects impact your perception of flavor.

Smoky whisky can be a very divisive taste, and science is just starting to shed light on exactly why. But for those who love it, there’s no substitute for the rapturous, alluring, and addictive taste of smoke.