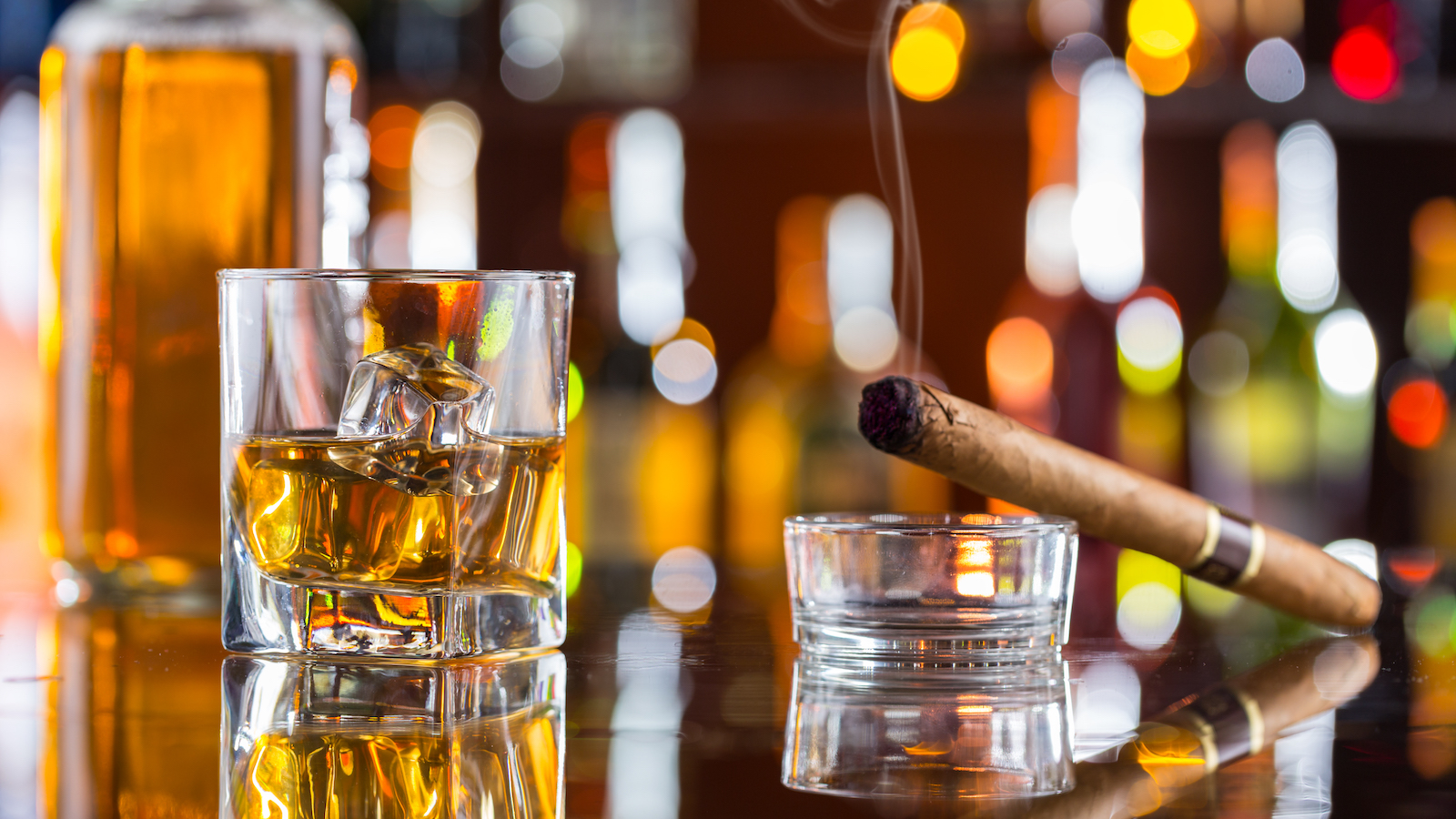 When pairing scotch and cigars, try to complement flavors rather than compound them. (Photo by iStock/Jag_cz)

Finding the perfect cigar to pair with your whisky isn’t as difficult as you might think—though you’ll need to keep a few cardinal rules in mind. When it comes to scotch, though, the matchups get a little more complicated; with its many regions, styles, and variations, scotch is hard to generalize when it comes to cigar partnership. The qualities that define a delicate Lowlands dram bear little resemblance to those in a smoky Islay whisky. Expect to kiss a few frogs—but once you find a match, you’ll be set for life.

Predictably, the Lowlands shine brightest with mild-bodied cigars. Speyside scotches are the most versatile. Islay is the conundrum. Their bold peat smoke often clashes with heavy tobacco smoke. Try instead a cigar that delivers sweetness (even chocolate), to complement the salt spray of their island home.

Try: Lagavulin 16 year old with a sweet, understated Dominican smoke with subtle charms
Top pick: Romeo y Julieta 1875 Deluxe No. 1 ($8)
Why it works: The Romeo refuses to stoke the Lagavulin’s peat bonfire, while drawing out leather and spice with its nougat notes.

Beyond Scotch: Pairing Cigars with Other Whiskies, Brandy, and Rum

Try: Auchentoshan Three Wood with a mild Connecticut-seed cigar
Top pick: Oliva Connecticut Reserve Lonsdale ($7)
Why it works: These two easy- going elements pair fruits from the whisky with the cream and nuts of the cigar to spark plenty of interest.

Try: Glenmorangie Signet with a similarly bodied cigar that brings spice, fruit, and herbs
Top pick: Quesada Tributo Julio ($7)
Why it works: This is a case of just doubling down. Similar notes in both elements (cocoa, nuts, fruit) combine to create a bonbon of a pairing.

Try: Dewar’s 12 year old with a cigar that contains a range of tobacco elements
Top pick: Cain Daytona 550 ($6)
Why it works: The complex flavors of a blend (in this case honey, barley, and cheese) want to mate with a number of this cigar’s flavors (bread dough, apple cider, and cinnamon) to create a tasty sandwich.