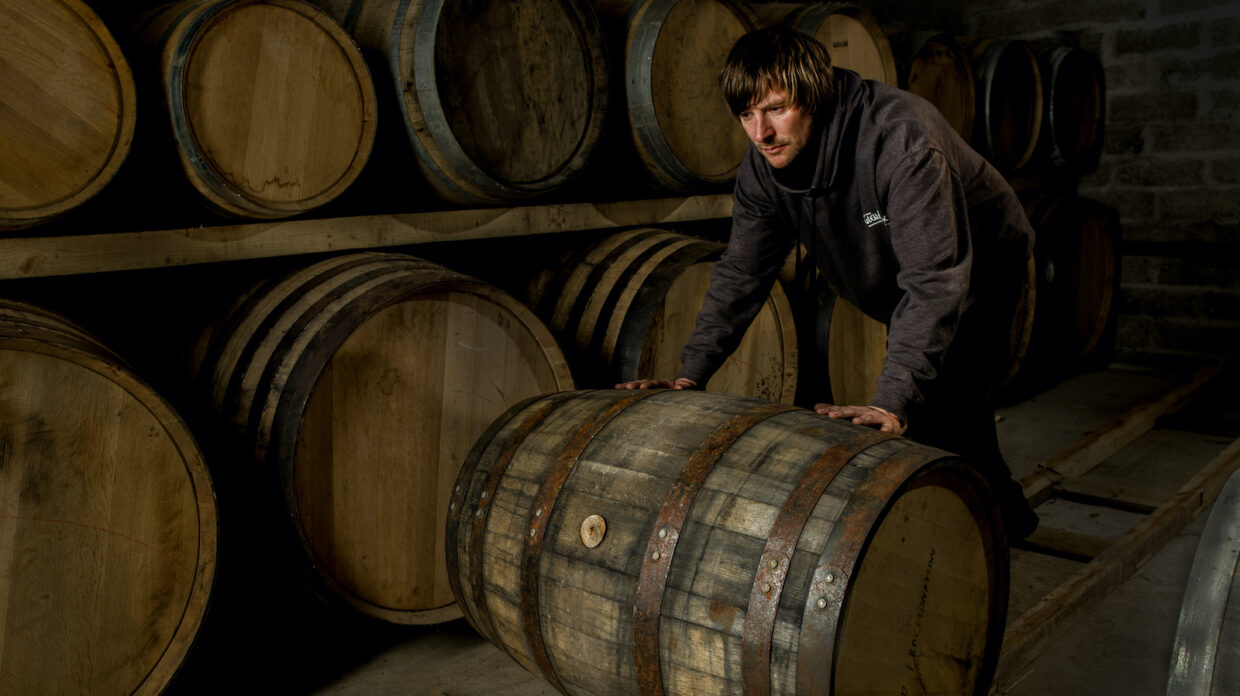 As the closing date for the Brexit transition looms, the scotch whisky industry has far more questions than answers about what the future holds. Distilleries like GlenAllachie (warehouse worker pictured) are grappling with little certainty, other than increased costs.

2020 has pummeled businesses around the world, and the scotch whisky industry is no exception. Adding to the onslaught of challenges caused by COVID-19 are the Brexit negotiations, which are now entering their final stages. As the clock ticks toward the end of the transition period on Dec. 31, there’s little certainty about what Britain’s departure from the European Union will mean.

For its part, the Scotch Whisky Association (SWA) has made its position clear. “UK and EU negotiators should intensify discussions to deliver a deal that allows for zero tariffs on all goods, protects UK and EU geographical indications, and puts in place governance structures to limit any new barriers to trade from forming,” an SWA spokesperson said in a statement to Whisky Advocate. “It’s a race against time for businesses to receive all the technical guidance they need.”

While it remains to be seen whether the SWA will have its way, scotch producers do see one certainty: The transition will cost money. “There’s no doubt that Brexit in any form will raise costs for our business, and all scotch whisky businesses, due to new labeling requirements and paperwork,” says Compass Box Whisky Co. founder John Glaser. “We’re getting a clear picture as the days and weeks go by about the various types of paperwork that’ll have to be done that don’t have to be done now. … We’ll have to change our labels to include the name of our European importer or importers—that’s a cost to us. And we’ll have to maintain different sets of inventory for each of the different importers—another cost to us. But that’s all we know at the moment.”

David Keir, sales and marketing director at the GlenAllachie Distillers Co., says the unpredictability is hitting the bottom line. “It’s one thing knowing what to plan for and another thing planning for uncertainties,” he explains. “But we need to ensure that we’re fully prepared, and that’s costing money and eating up labor hours.” On a positive note, Keir foresees little to no impact from Brexit on production or on scotch whisky’s protected status. “Scotch whisky is protected as a [geographical indication], and Brexit will not affect this,” he explains. “It’s more the sheer practicalities of moving cased goods from Scotland across to the EU—that’s where issues could potentially lie.” Another challenge concerns not exports, but imports. “People tend to focus on goods going out, but we also source some dry goods from within the EU, and get glass for some of our product,” Keir adds. “And our gift boxes, our cartons, are sourced from within the EU. There’s going to be a more complicated import procedure, which may add a delay.” 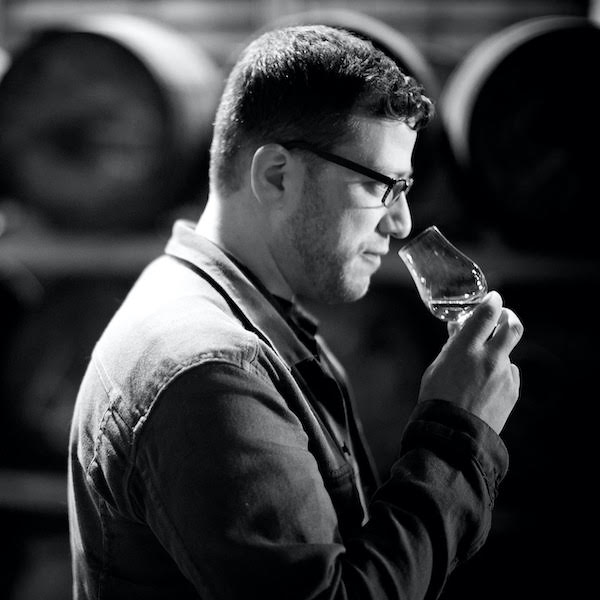 Small scotch companies like Single Cask Nation have a lot on the line with the UK’s departure from the EU. Co-founder Joshua Hatton says that a lack of trade agreements would derail plans for expansion and leave the company with large sums in inventory.

Brexit-related delays are also threatening the growth of startup scotch businesses like independent bottler Single Cask Nation. “We very much are on the edge of our seats,” says president and CEO Joshua Hatton. “This year COVID put all sorts of roadblocks and delays on all of our business,” with major releases slated for the UK, EU, and Asia in 2020 curtailed or severely delayed. Hatton notes that in 2019, Single Cask Nation expanded beyond its home market of the U.S. to Sweden and Germany, and is looking to establish itself in the Netherlands and France. “Our biggest concern is the delay in getting product into these countries,” he says. “We’re not expecting disruption in our dealings between the UK and the U.S. [due to Brexit], but it could surely affect our business dealings within the EU. We’ve invested a lot of dollars into casks—both casks of whisky, and sherry casks, ex-bourbon casks, et cetera, for re-racking programs—that we hope we’ll still be able to get into Europe with a fair amount of ease. The last thing we want is for it to be shut down, and to have to figure out where that whisky goes. There’s a lot of it, and it can’t all come to the U.S., so we’re really counting on European sales.”

There’s also fear that a hard Brexit—where the UK potentially forfeits its current access to the EU single market—could set off new tariffs. “Our distributors are after us saying, ‘We need the whisky ASAP—before Brexit—because we don’t know what’s happening,’” Hatton says. “From a sales perspective, if the product can be ready before a hard Brexit, this is good news. But it’s scary to think that we simply have no idea what business will look like in 2021 and beyond, and we’re fearful that once the UK drops out of the EU in the form of a hard Brexit, any feuds that may be going on between the UK and EU could potentially activate other tariffs, similar to what we’re experiencing here in the U.S.”

Still, Hatton is banking on the industry’s biggest players to blaze a path forward. “Small businesses like ours are incredibly lucky, because if any fight needs to be had—or if any path to resolving potential export issues needs to be cleared—that’s going to fall on the shoulders of the big drinks companies like Diageo, Pernod Ricard, and Bacardi,” he explains. “These global drinks companies are worth billions and have legal teams to figure out how to make it all happen, and we and other small businesses share distribution partners in various countries with these large companies. Once they figure it out … we’ll understand that path to proper, legal, and cost-effective exportation and importation. There’s no way Diageo, Pernod Ricard, or any of these big players are just going to sit and say, ‘Well now what do we do?’ They’re going to figure it out because there’s so much money tied into the exportation of goods into the EU from the UK and elsewhere.” 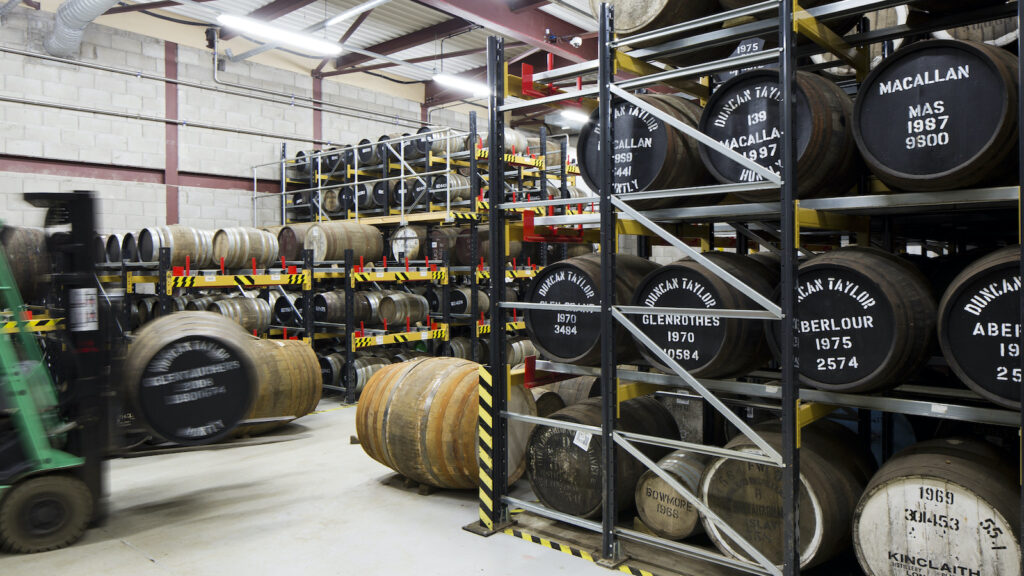 Scotch producers like Duncan Taylor (warehouse pictured) are used to playing the long game, given the years whisky must spend in cask before it’s mature, and many believe Brexit is just one more bump in the road.

Although big players like Diageo and others have been preparing, Brexit is a hurdle even for them. “It’s been a massive logistical exercise for us and the scotch whisky industry,” said Jean-Christophe Coutures, chairman and CEO of Pernod Ricard-owned Chivas Brothers, in a statement to Whisky Advocate. “While our preference has always been for a deal, we made a decision early on to prepare for a no-deal scenario, and have had project management groups in place across all areas of the business for over four years.” Chivas Brothers has factored in possible short-term disruption at ports, and adapted its labeling and customs processes. Those efforts have been complicated by prolonged uncertainty over the final parameters of the EU-UK relationship and resulting regulatory requirements, as well as COVID-19. “But deal or no deal, we will continue investing in scotch and Scotland,” Coutures added.

Peter Currie, partner at Shand Import, which handles the whiskies of independent bottler Duncan Taylor, notes that the scotch industry is used to taking the long view—a characteristic that will serve it well during this period. “We’re working 12, 15 years in advance,” he explains. “The stocks that we’re laying down now are not going to be sold immediately—they’re going to be sold in five or 10 years’ time. We tend to work on longer timescales than most other industries, so we’re quite used to long-term planning. Shorter-term events like tariffs and Brexit have to be taken into account, but they’re kind of bumps in the road in the maturation cycle of a 12 year old whisky.”

Similarly, Keir exudes a certain faith that whisky companies small and large will tackle Brexit-related barricades full-on, as they’ve plowed through countless other setbacks in centuries past. “We’ve got something like 50,000 casks of single malt maturing at our distillery, which for a small, new company like us is phenomenal,” he says. “So despite COVID, tariffs, and potential Brexit disruption, we’re pretty bullish about the future. As a young company, you just need to be positive, plan as best you can, have your contingencies in place for the worst-case scenario, and get on with it.”