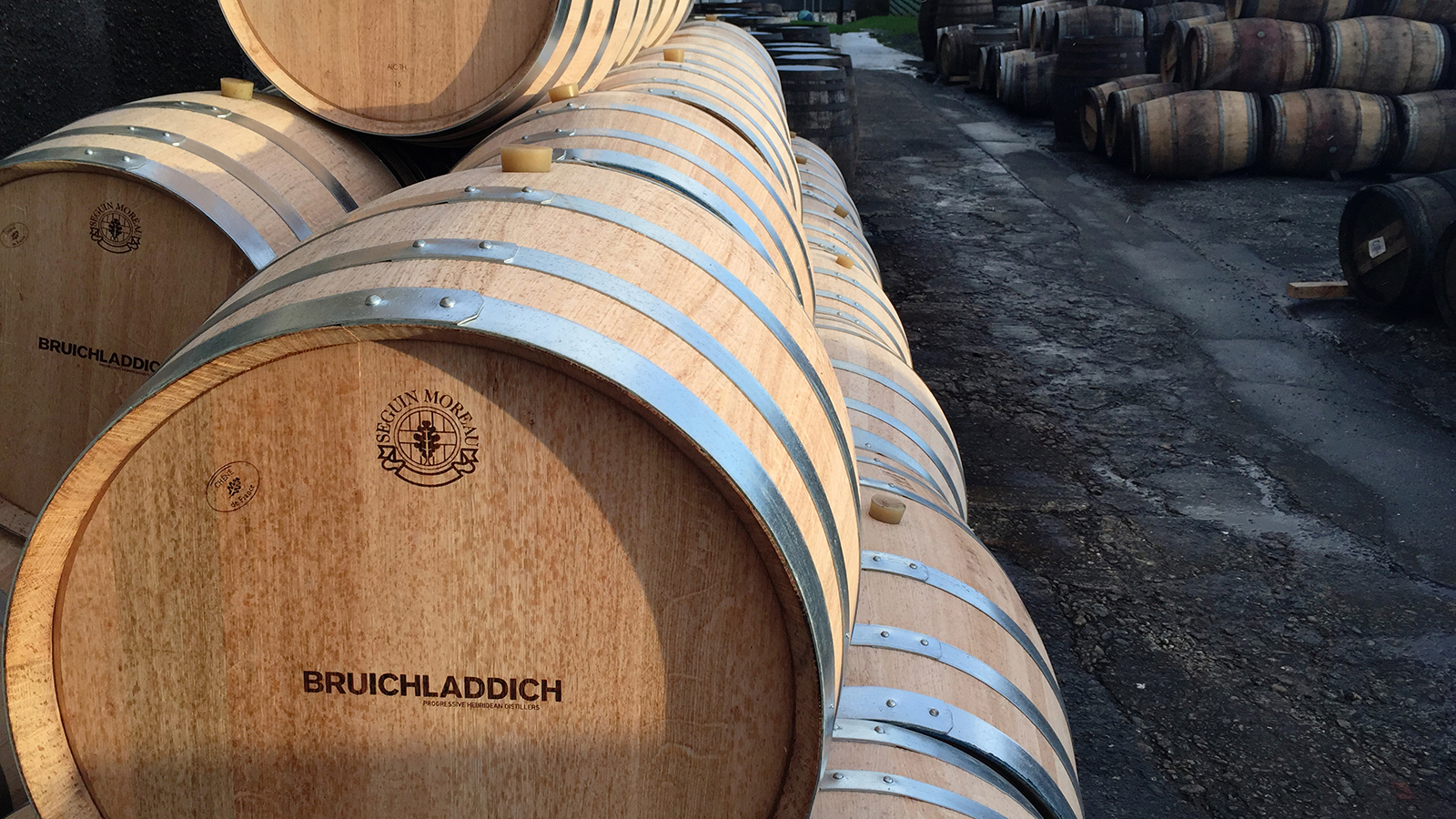 Bourbon is required to rest in new oak vessels, and the oak-forward flavors the barrels impart are a hallmark of this American whiskey. Scotch whisky distillers traditionally mature their whisky in the second-hand vessels that once held bourbon or sherry, which eliminates the astringency of fresh wood. However, some scotch producers are being wooed by new oak casks, frequently dubbed “virgin oak.” While a few scotches are matured entirely in virgin oak, often times virgin oak casks are used in combination with traditional used casks or applied only for a brief secondary maturation known as finishing.

New charred oak imparts a flood of color and flavor that can give the initial impression that a spirit is older than it really is. Benromach Organic is aged in new oak and bottled between 5 and 6 years of age, but the whisky’s color resembles that of scotch aged in sherry casks for 12 years or more, according to Keith Cruickshank, Benromach’s distillery manager. “The casks are highly active and the spirit matures quickly,” he says. “We use virgin American oak casks, and as such you can pick out strong vanilla and toffee aromas. A spicy, peppery note develops through the freshness of the wood.”

On Islay, Bruichladdich Distillery first experimented with full virgin oak maturation in 2008 by filling 300-liter, medium-toasted new French oak casks with heavily peated new-make spirit. Head distiller Adam Hannett released the single malt in 2016 as Octomore 7.4. “We were just keen to see what would happen!” enthuses Hannett. “You get fantastic flavors developing very quickly in the spirit, although, because the casks have so much to give, they need to be watched very closely as they mature.” Hannett will debut Octomore 8.4 in 2018; 20 percent of the whisky was fully matured in virgin oak casks, while 80 percent was bourbon cask aged, then finished in the same French oak casks that originally aged Octomore 7.4. “I am expecting a lot of intense vanilla and coconut flavors from the American virgin oak casks,” he reports. “The whole process is very interesting. The downside is that if we take our eyes off the casks for too long, we can end up with a whisky where the cask has dominated the spirit and it becomes overly oaked.”

While not for everyone, virgin oak casks are adding new dimension to Irish, Scotch, and even Indian whiskies, imparting wood-forward flavors that beckon like an old flame to fans of American whiskey.