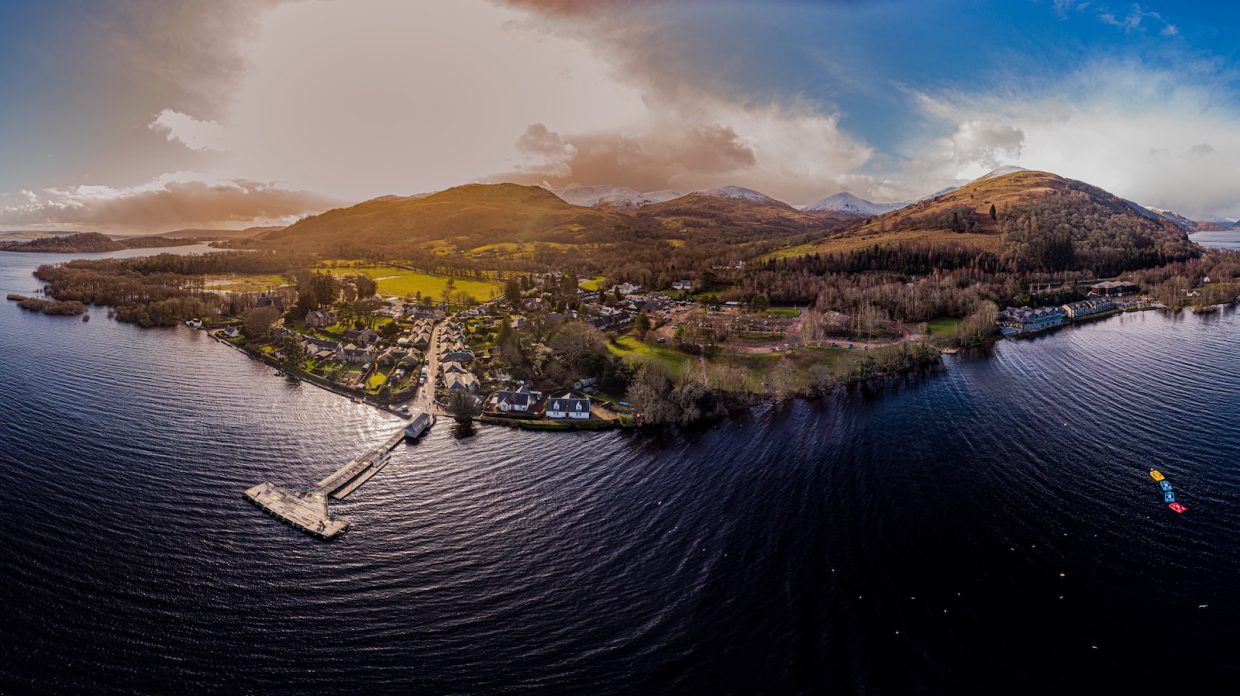 Glen Luss will be the first distillery within Scotland’s Loch Lomond & The Trossachs National Park. (Photo by Patrick Colquhoun)

Scotland’s Loch Lomond & The Trossachs National Park will soon welcome its first distillery. Glen Luss Distillery, which will also function as a brewery, and offer a visitor experience, is slated to open in May 2021, producing single malt along with other spirits and craft beer. Since the opening date is still far off, the distillery has begun a crowdfunding operation to raise funds. A range of benefits are available for investors, and information can be found on the distillery’s website.

Glen Luss will have a capacity of about 65,000 liters of pure alcohol (lpa) across all its different spirits, qualifying it as a micro-distillery. (By comparison, the majority of single malt scotch distilleries produce anywhere from several hundred thousand lpa to millions annually; unlike the U.S. whiskey industry, only a handful of Scotland’s whisky distillers are truly micro.) The heart of any distillery, regardless of the size, is its whisky, and Glen Luss has plans for a single malt in the works. The details of the new scotch will be released closer to the opening date, but it will be made with locally grown ingredients.

In addition to its single malt, Glen Luss plans to make a diverse portfolio of other offerings, including craft beers, a range of permanent and seasonal gins, vodkas featuring limited-edition flavors, and a selection of dark and golden rums, including spiced and aged versions. “We wanted to offer a range of products and experiences that provided something for everyone,” says co-founder and director of operations Daniel Lewis. It’s unusual for a Scottish distillery to make rum, but Lewis sees a lot of promise. “We’re keen to explore the possibilities within rum-making and produce a locally made expression with ties to the area,” he says. “We’ll be looking to make several varieties that will be available for consumption immediately, whilst we wait for our aged rum and whisky to mature.”

Although Loch Lomond already has a namesake distillery, that facility isn’t located within the national park. Because of its location, Glen Luss is embracing sustainability as a key part of its design and functioning. Energy efficiency, recycling, reducing waste, promoting area biodiversity, using electric vehicles, and preserving wildlife habitats in the area are all measures the distillery team plans to undertake in the effort to be environmentally conscious.

Glen Luss will be built on existing vacant premises within the village of Luss, with potential for new construction as necessary to expand. Like the micro-distillery, the village is small—with a population of less than 150 people. “We believe Luss has all the right elements to create a micro-distillery visitor experience,” says Glen Luss co-founder and sales director Patrick Colquhoun. “I could think of no better location to start this new venture that seeks to provide a new sustainable year-round tourist experience for visitors to Luss, creates local jobs, and, crucially, will support community benefit projects.”