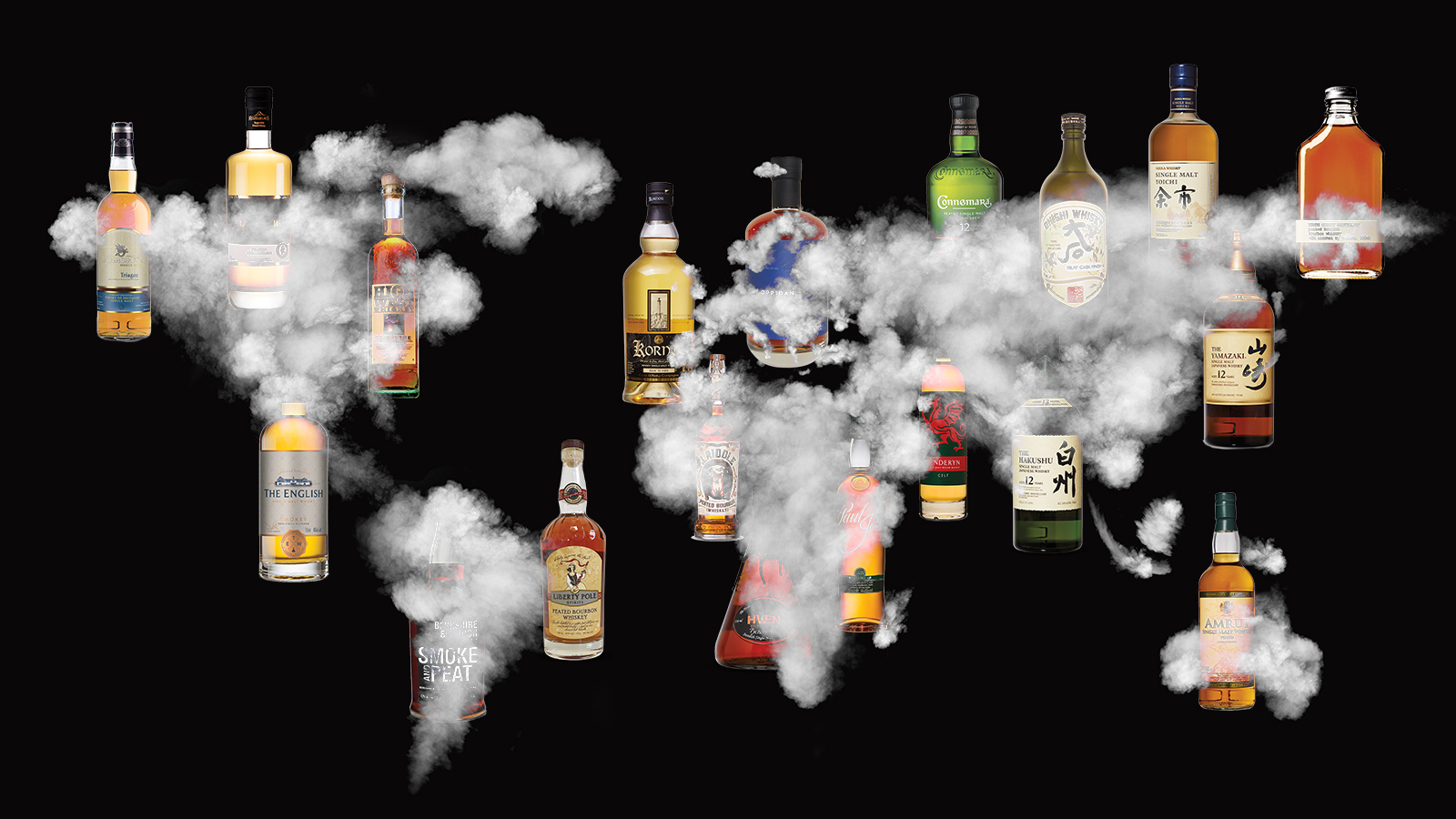 Until the mid-20th century, it was taken for granted that all scotch included some peat. After all, peat was the country’s main fuel source for thousands of years, and the flavor became entwined and admired in many styles of Scotch whisky. Perhaps surprisingly, Scotland has only 0.3% of all the peat on earth—and yet the flavor and success of peated Scotch whisky has spawned admirers around the world who are eager to give their own whiskies the pungent, powerful character of Scottish peat. These distillers introduce peat in a variety of ways: by blending peated spirit from Scotland with their own whisky, distilling with imported barley that was malted and peated in Scotland, or finishing local whisky in casks that previously held peated scotch.

A few, like Paul John Distillery in Goa, India, even go to the trouble of importing actual peat from Scotland. Paul John imports bricks of peat from Islay and the Highlands and then uses it to dry locally grown six-row barley. The peated grain is used to create Paul John’s range of peated single malts, including Edited, Bold, and Peated Select Cask. “Six-row barley contains a high amount of husk,” master distiller Michael D’Souza explains. “You tend to get a higher amount of phenols, because ultimately, when you kiln [barley], the husk is what absorbs the smoky character.”

D’Souza prizes Scottish peat for its range of flavors, which vary depending on its source. “Islay peat has a lot of medicinal character—it’s sharp and intense, whereas Highland peat is mellower and softer,” he says. “These are two different characteristics, so ultimately I peat the barley differently. It is processed separately and matured separately.”

Whatever method a distillery uses to add a dose of peat, the impact is unmistakable. Even in small amounts, peat makes itself known by delivering smoky, ashy, tarry, and medicinal flavors. Its isn’t limited to single malt or scotch-style blends, either; in the U.S., some craft distillers have added peated malt to the mashbills of their bourbons.

From Scotland, With Love: World Whiskies Made with Scottish Peat