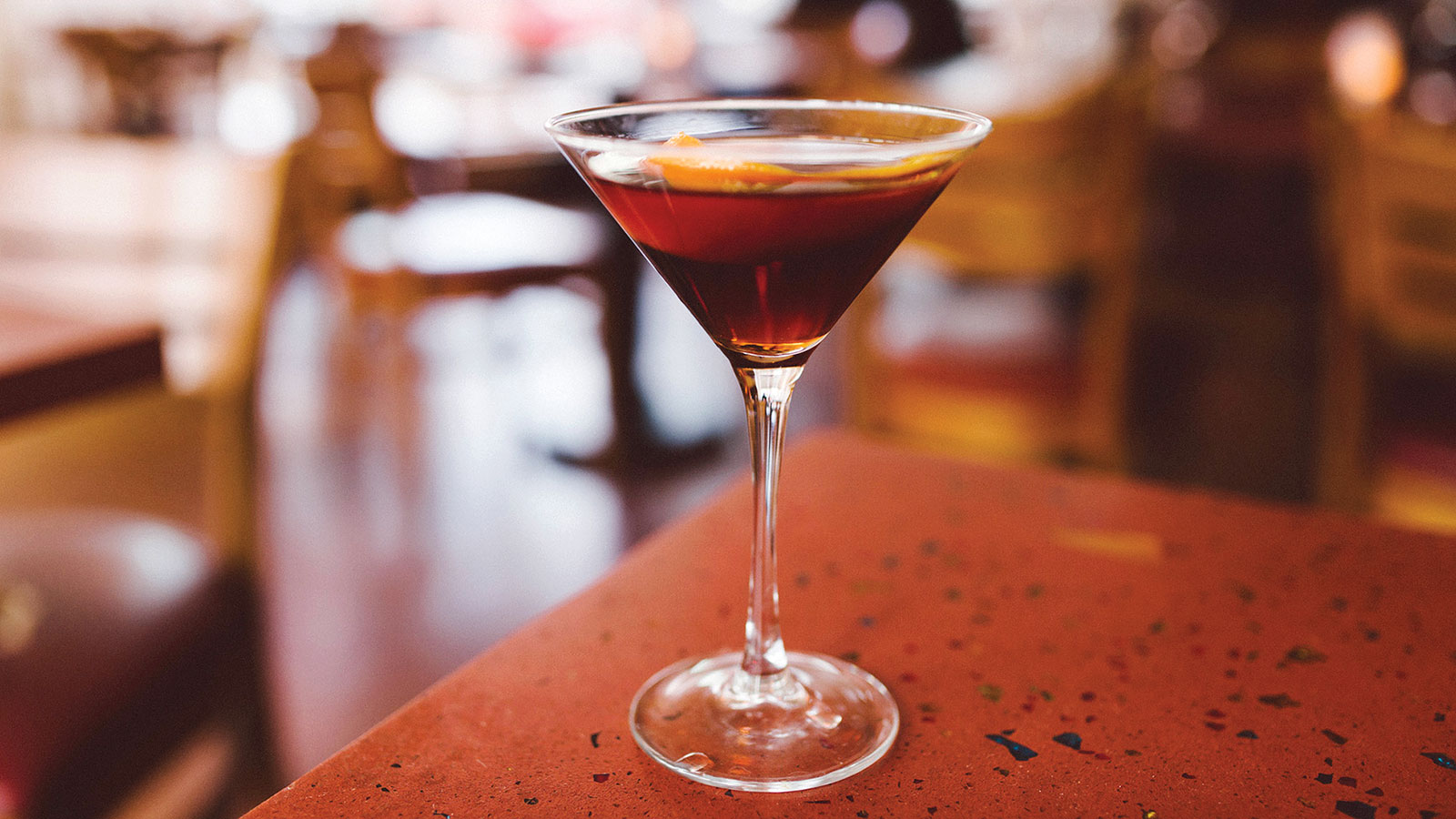 The Manhattan: a classic that should be included on any list of essential whisky-based cocktails. (Photo by Cameron Whitman/Stocksy)

Even if you’re more the put-my-whisky-in-a-glass-and-let-me-hear-no-more-of-it drinker than the sort who doesn’t cringe at the shrill bark of the cocktail as it is shaken, you should still know how a few essential drinks are mixed. You have friends, after all, and presumably they’re not all exactly like you. And who knows: learn to make or at least identify a proper cocktail and your opinion of the things might “evolve,” as they say these days. At the very least, such knowledge arms you against incompetent or, even worse, creative bartenders.

It helps that you don’t need to master all that many drinks. Only a few whisky drinks are truly important, to the degree a drink can be important (ask me how much that is at 6:00 this evening). Here are a magnificent seven, one for each day of the week. Between them, they should cover almost any contingency that calls for a cocktail or other mixed drink. I’ve left out Highballs and other self-evident drinks, ones where there’s no trick to them.

I’ve ranked these in need-to-know order. Even if you just knock off the first four, you’ll be far, far ahead of the pack. (I’ve also called for rye in ‘American whiskey’ drinks; if you prefer bourbon, use bourbon.)

Whiskey (of any kind, really, though I’m partial to American bonded rye) with sugar, bitters, ice, and a twist of lemon or orange peel. No fruit, and no soda beyond what it takes to dissolve the sugar. The stone foundation upon which the whole edifice of modern cocktails is built, and still unmatched for simplicity, taste, and effectiveness.

Rye with sweet vermouth, bitters, and a twist, up. If you insist too hard on a cherry, I worry. 130 years plus and still going strong. Don’t skimp on the vermouth or the bitters (I like 1 or 2 parts whiskey to 1 part vermouth) and you’ve got something suave, rich, and endlessly drinkable. Make it with scotch or Irish whiskey and you’ve got a Rob Roy or an Emerald, both also delicious.

Pure pot still or single malt Irish whiskey poured into a heated mug with a teaspoon of Demerara sugar, a lemon slice studded with three or four cloves, and boiling water to taste: central heating. Also, how they used to drink their whiskey in Ireland until Guinness replaced it as the national drink. (Replace the lemon slice with lemon peel and the Irish with Scottish malt and you’re also in a fine place.)

Rye, lemon juice, sugar (not simple syrup), shaken, strained, and topped off with a float of good red wine. The Whisky Sour is a solid, refreshing drink, but a little dull. The red wine gives it a “snap,” as they used to say, and takes it from supporting player to center stage.

Rye with a little sugar syrup and Peychaud’s bitters, served up in an absinthe-rinsed glass. Made accurately, this New Orleans classic is the ultimate sporting-life drink. Far too strong for a drink this delicious, it’s hot rails to hell, with a smile on your face the whole way down.

A bottle each of straight rye and Islay malt, lemon peel, sugar, lemon juice, water (hot or cold). This one is more for making at home than ordering at a bar because it’s extremely useful to know how to make an old-school bowl of Punch. Sure, it sounds a little savage, but it’s actually smooth and pleasant without being frou-frou. Simply infuse the lemon peels (say, 8 lemons worth) in the sugar (a cup and a half is good) overnight, stir in the lemon juice (another cup and a half), and add 2 quarts cold water and a big block of ice.

Equal parts blended scotch and sloe gin with a barspoon each of lemon juice and sugar, and a dash each of orange bitters and absinthe, shaken and strained. I include this not because it’s a deathless classic, although it does date to about 1905, but because it’s good to know one classic scotch cocktail that isn’t a Rob Roy or a Blood & Sand, which is rather insipid. You could replace it with something else, but this is unusual and unusually tasty.