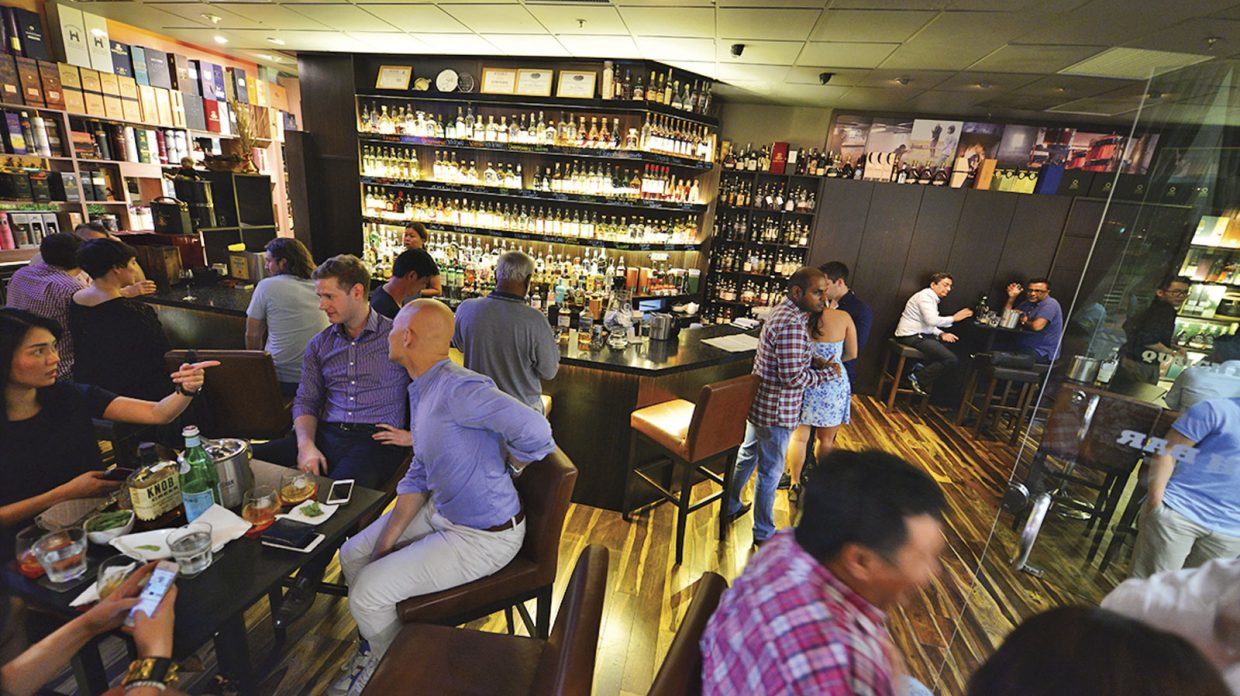 Wholesaler and retailer The Whisky Store opened Quaich Bar, Singapore's first whisky bar, in 2007; now, the city boasts over 25 great whisky spots, most of them opened in the last couple of years.

Singapore ranks high on the list of the biggest importers of whisky in the world. Until recently, much of that whisky was merely passing through; the Southeast Asian city-state serves as Asia’s whisky gateway and distribution hub. Over the past decade, however, the business of whisky has evolved into a local passion, with rising demand and growing appreciation for whisky in Singapore itself. The presence of top whisky suppliers positioned the city well for the wealth of product launches, masterclasses, and tastings now available.

Whisky wholesaler-retailer The Whisky Store opened Quaich Bar, Singapore’s first whisky bar, in 2007 when blended scotch sipped with ice and mixers was the norm. In just over ten years, Singapore’s whiskyscape has evolved beyond recognition. Today, the city is dotted with more than 25 whisky bars, most opened in the past two years.

Adventurous drinkers with spending power could take their pick of newcomers such as Copper, which hawks whisky carafes and Japanese-inspired small plates, and The Cooperage, which prices pours to match age statements. At the pinnacle of Singapore whisky bars are some of the world’s greatest collections, like the 1,500 whiskies dating as far back as 1863 on offer at The Auld Alliance.

The sheer volume and variety of whiskies now offered by specialist bars and retail stores in Singapore has put this city on the fast track as a whisky lover’s destination. And events like the semiannual Wine & Whisky Week by 1855 The Bottle Shop and The Malt Affair’s TMA promise to further fuel the thriving scene.

The Auld Alliance
Emmanuel Dron’s bar, the grande dame in the Rendezvous Hotel Singapore, remains unpretentious, despite 1,500 whiskies including the rare and legendary.

The Single Cask
A small bar with its own whisky label that is big on single-cask, lesser-known scotch whisky. Also the only place in Singapore to offer an accredited whisky ambassador program.

The Swan Song
A passion project where the bar owners strive to make whiskies accessible to the public. Nothing is sacred here, no matter how rare; everything is available to sample.