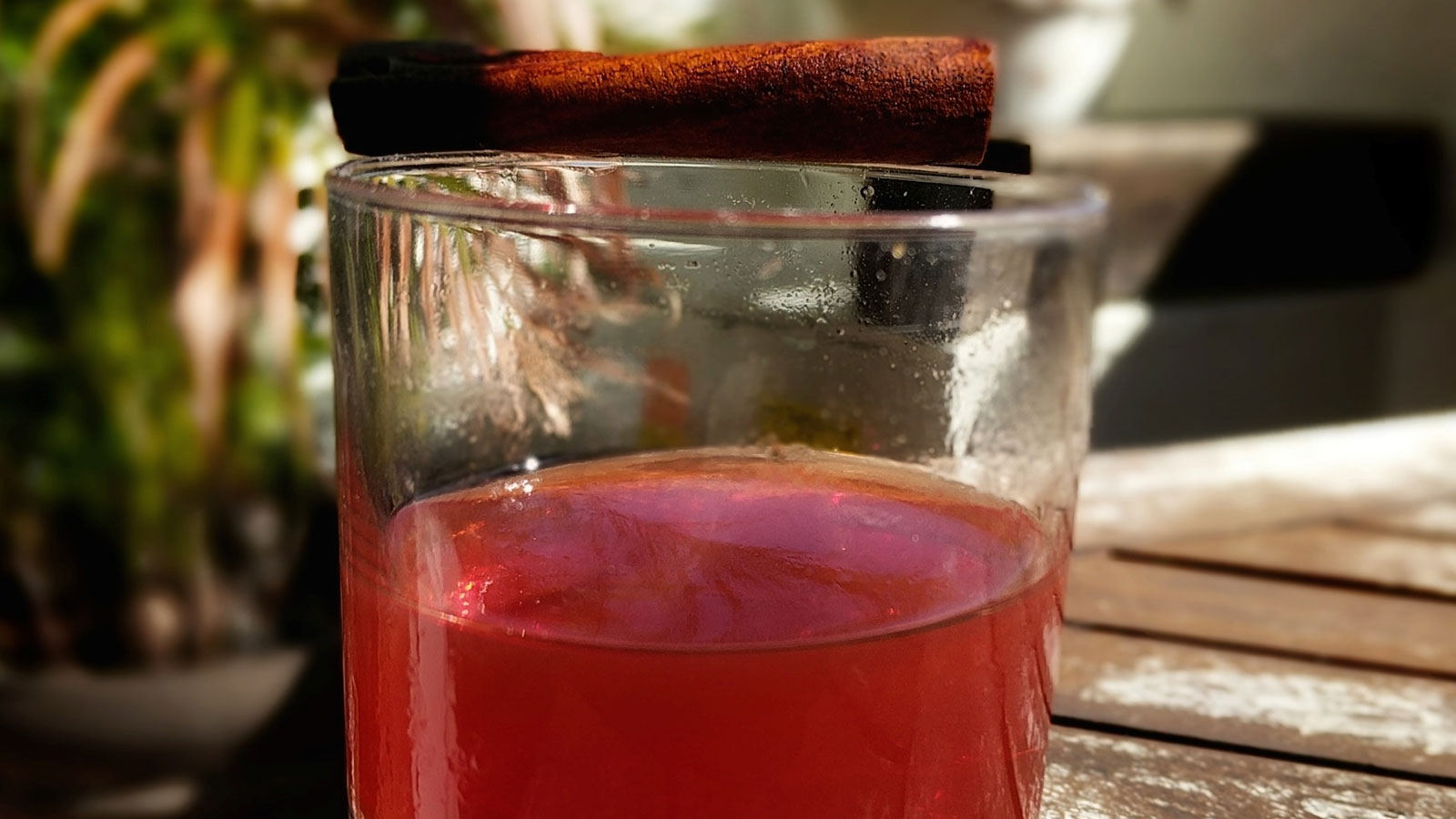 Perfect for fall, the Solstice Sazerac uses high-rye bourbon rather than rye whiskey, which dampens the spice flavors of the traditional Sazerac. “The cinnamon syrup adds back a baking spice element, and the cinnamon smoke mixed with orange zest adds an interesting dimension to a well-known cocktail,” explains Ben Potts, bar manager of Miami’s Beaker & Gray.

Chill a small rocks glass with ice, then discard the ice. Combine cocktail ingredients in a mixing glass with ice. Place crushed cinnamon bark on fire-resistant plate or surface and ignite. Cover with the chilled glass to catch the smoke. Stir cocktail in mixing glass for five seconds. Remove glass from smoke, and slowly turn over. Strain cocktail into smoked glass very slowly. Express orange peel over top and serve with smoked cinnamon stick on the side.

How to make cinnamon syrup

Boil sugar in water. Add crushed cinnamon sticks and let simmer for 10 minutes. Remove from heat, let cool, and strain into a glass bottle. Refrigerate for up to a month.

How to make a smoked cinnamon stick
Using a long lighter or cigar lighter, light the cinnamon stick until glowing red and remove flame.