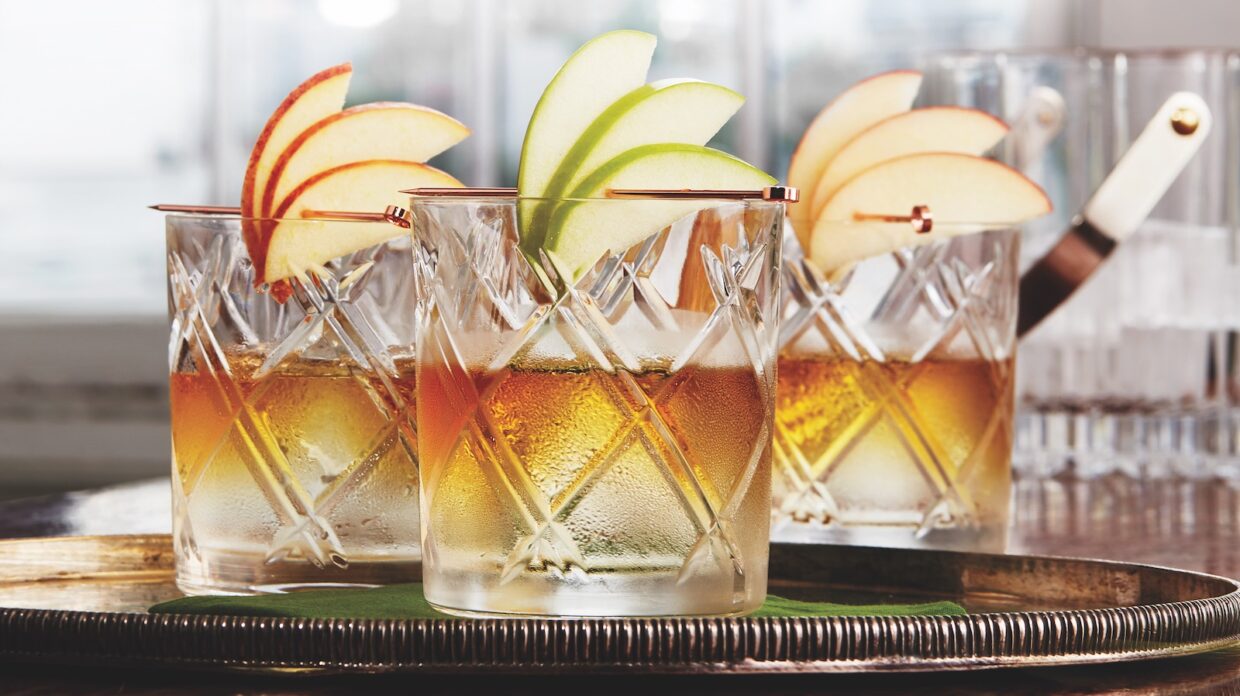 Baking spices like clove, cinnamon, and nutmeg can elevate a whiskey cocktail and capture the flavors of fall. (Photo by Jeff Harris)

Falling leaves and temperatures mean it’s time to pull out the sweaters, start the bonfires, and drink apple cider or lattes with added cinnamon and pumpkin spice. But why not pair those flavors with your favorite warming spirit? Mixing spices into cocktails enhances whiskey’s inherent baking-spice notes, like cinnamon, clove, and vanilla, and the right balance of ingredients keeps these drinks from becoming sweeter than pie.

Rye whiskey meets apples and cinnamon in this drink that captures the famous flavors of fall.

Get the Recipe: The Autumn Bond

Peated American single malt and blackberry syrup join together to create a sweet and smoky cocktail that’ll warm you right up.

As the name suggests, cloves are at the heart of this drink, with homemade clove-cinnamon syrup pairing with rye whiskey for a spice explosion.

A seasonal twist on the New York Sour, this cocktail combines bourbon with pear brandy, walnut liqueur, and homemade clove syrup for a fruity, aromatic drink.

Get the Recipe: Harvest Sour