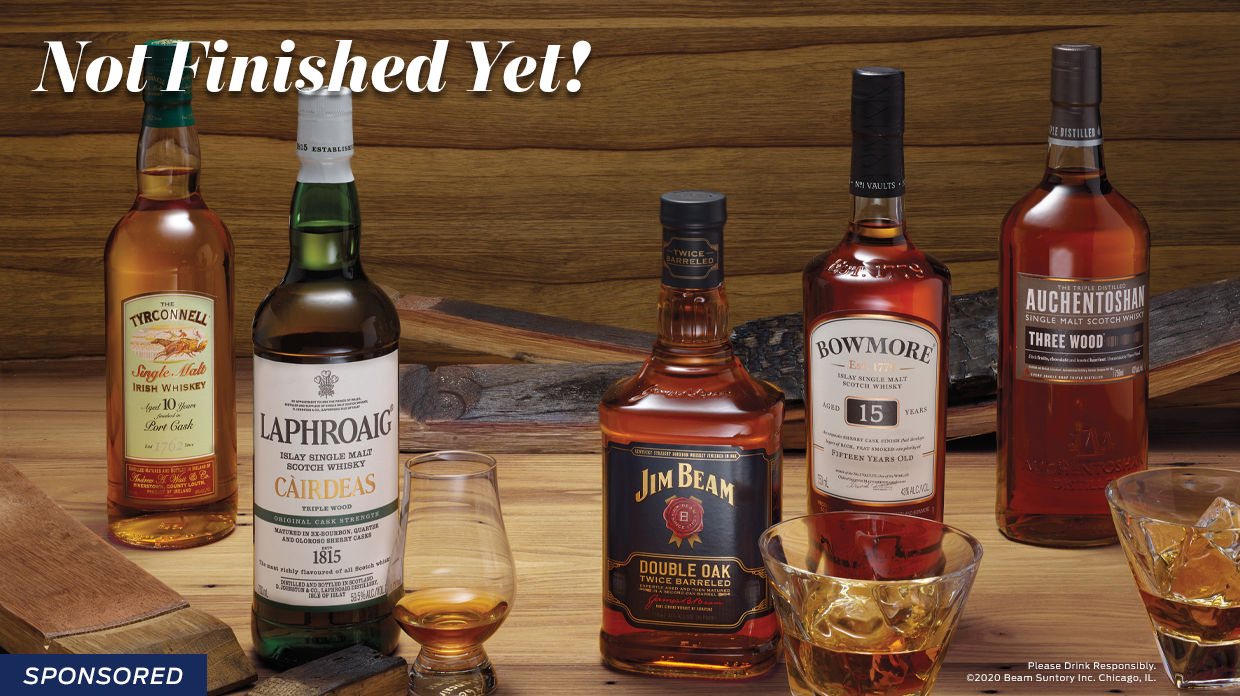 Taste Through the Added Complexity of Whisky “Finishes”

Just because the master distiller is ready to pull some whisky out of its original barrel doesn’t mean it’s finished yet. Literally!

The idea of “finishing” whisky is said to have begun around 1983 in Scotland, when distilleries starting taking well-aged scotch and putting it into sherry butts (larger barrels) for several additional months. That would, of course, impart some lovely sherry notes into the whisky. This remained a concept that mostly stayed put in Scotland until recent years, but it has spread far and wide. It is now employed by distilleries in Ireland, Japan, and especially America.

Tasting through a series of finished whiskies will give you great insight into what these secondary maturations accomplish in both aroma and palate. See if you can taste the source of the different finishes.

Tyrconnell® 10 Year Old Port Cask Finish
A single malt Irish whiskey finished in port wine casks, the nose is slightly herbal and incredibly fruity. The palate is drier, though there are lingering hints of berry jam and toffee.

Laphroaig® Cairdeas Triple Wood Cask Strength
The 2019 bottling of this annual release celebrates the Friends of Laphroaig and marks the yearly Fèis Ìle Festival on Islay. This unique expression is a special triple maturation. Rich and punchy with smoke on the nose, the palate offers a more underlying nutty sweetness, much of it coming from maturation in oloroso sherry casks.

Jim Beam®  Bourbon Double Oak
Aged in newly charred American white oak barrels before being switched to another freshly
charred white oak barrel to finish. The added interaction with the oak results in a liquid with an even deeper level of intense spiced oakiness and rich caramel.

Bowmore®  15 Year Old
Matured first in bourbon barrels before being finished in oloroso sherry casks for an additional three years, there is an intense aroma of dark chocolate and raisins. The palate offers wonderful cedarwood and rich treacle toffee flavors, leading into a robust, slightly tannic finish.

Auchentoshan®  Three Wood
This scotch starts in bourbon barrels before moving to Spanish oloroso sherry barrels and, finally, Pedro Ximenez sherry casks. That creates a rich and complex whisky, heavy on the toffee and sherry flavors, and perfect for a neat sip or in an Old-Fashioned.