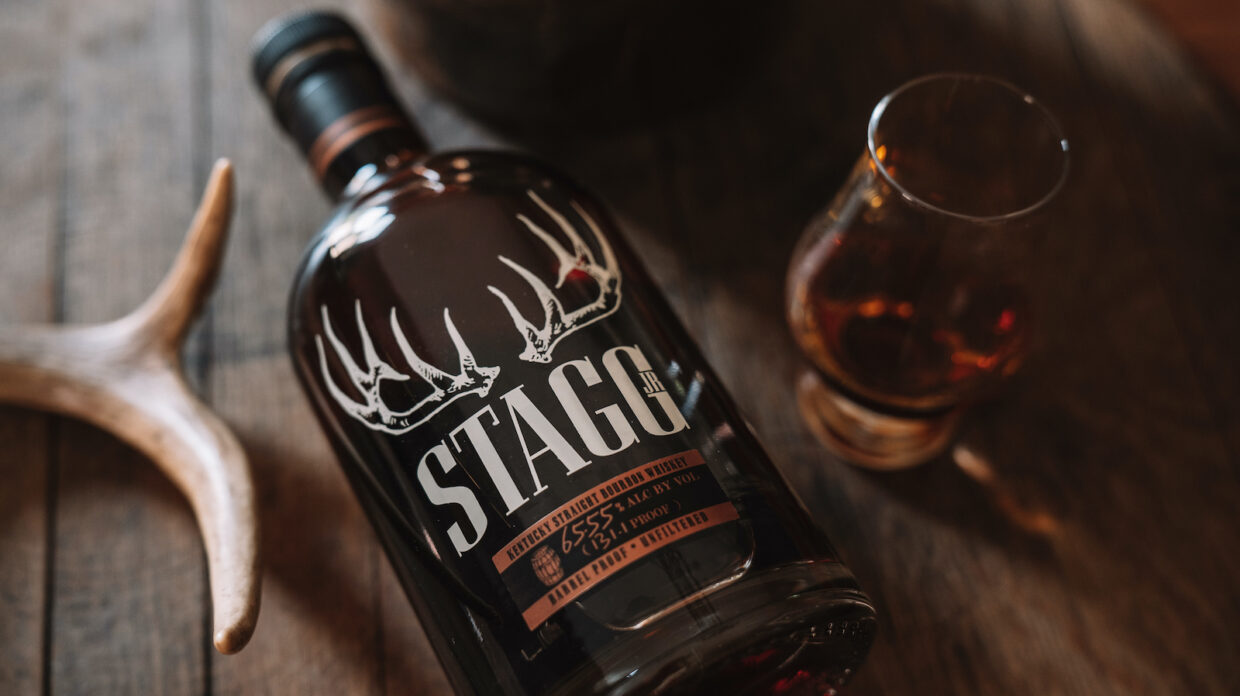 With just a week to go before Christmas, there’s still time to buy a great gift for the whisky lover in your life (or for yourself, we won’t judge). And if you’re feeling lucky, grab a $100 raffle ticket for a chance to win 35 bottles of rare and high-end bourbon, rye, scotch, and more. Want to pick up a new bottle? Keep reading.

Buffalo Trace is rolling out the 15th release of Stagg Jr. now. Always in limited amounts, the bourbon has a recommended retail price of $50.

Johnnie Walker has announced plans to test a new blend called Johnnie Blonde, starting next March. The sweet scotch will be priced at $25, and initially available only in select markets, including Houston in the U.S.

Cascade Hollow Distilling Co. has launched Cascade Moon No. 2, a Tennessee whiskey that includes the contents of the first barrel filled at the distillery when it reopened in 2003. Priced at $250, the whiskey is available in California, Tennessee, and Texas.

Alberta Distillers’ Alberta Premium Cask-Strength rye is debuting in the U.S. It’s priced at $70 and available in limited quantities.

Hochstadter’s has released the third batch of its blend of straight ryes. There are 9,000 bottles available, priced at $60.

Finally, Smooth Ambler Spirits is offering a port cask-finished version of its Old Scout rye. Priced at $60, the whiskey is available only at the West Virginia distillery. 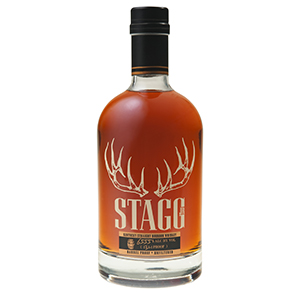 Made at Buffalo Trace Distillery and aged at least 8 years, this uncut and unfiltered bourbon shares a similar profile to the more illustrious George T. Stagg.

Stagg Jr. comes out a couple of times a year, and while it’s not as rare (or expensive) as George T. Stagg, it’s still highly in-demand among many bourbon lovers, prized for its undiluted power and rich flavors. We recently reviewed the 13th edition, scoring it 94 points. 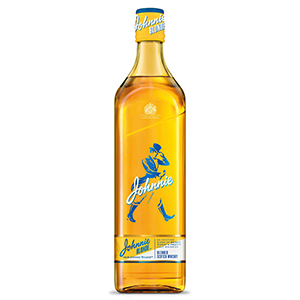 A new offering from Johnnie Walker, this blend of wheat and fruity malt whiskies is intended for mixing. It’s initially launching in global test markets, including Houston in the U.S.

It’s interesting to see a Johnnie Walker that’s being marketed specifically for mixing, since expressions like Johnnie Walker Red and Black already exist and are great options for making a scotch-based cocktail. Johnnie Blonde, however, seems to be playing up softer and sweeter flavors (read: no smoke), and the press release about it specifically mentions mixing with cola, lemonade, or ginger ale. Before you turn up your nose, think about all the people (maybe even you!) who first started drinking whisky with a mixer. This may not set anyone’s world on fire, but if it gets more people enjoying whisky then that’s A-OK in my book. 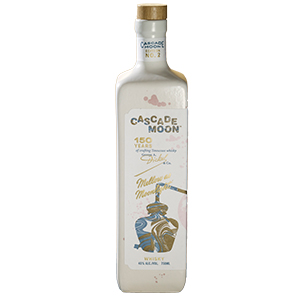 This whiskey blends less than 20 barrels of varying ages, including the first barrel of Tennessee whiskey filled when the George Dickel Distillery (now called Cascade Hollow Distilling Co.) reopened in 2003 after being closed for several years.

Though made at the same distillery as George Dickel, the Cascade Moon series intentionally diverges from the traditional Tennessee whiskey and gives distiller Nicole Austin space to stretch her creative wings. The first release, a whiskey meant to imitate the flavors of gose beer, was announced two months ago. Look for a review of both of these new whiskeys in the Spring issue of Whisky Advocate! 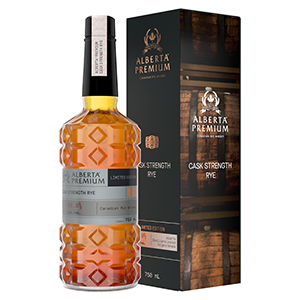 Distilled from 100% rye, this whisky is bottled at cask strength, so its proof will vary from batch to batch—though it’s typically above 60% ABV.

This whisky was previously available in Canada, and is hitting the U.S. for the first time in limited amounts. We reviewed a past batch for the Buying Guide in 2019, scoring it 91 points. 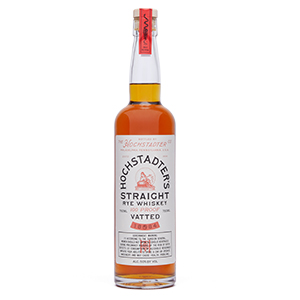 This whiskey combines five ryes, hailing from California, Kentucky, Indiana, and Pennsylvania, and ranging in age from 4 to 18 years old.

Originally created by Rob Cooper, the Hochstadter’s blend varies from batch to batch. No. 1 (released in 2015) and No. 2 (released in 2017) were both comprised of 4-15 year old ryes from Indiana, Kentucky, Pennsylvania, and Alberta, Canada and thus had fairly similar profiles. (Batch No. 1 scored 87 points in the Buying Guide.) This batch drops the Canadian element and adds in California rye, plus the age range is wider, so it’s likely to taste somewhat different. 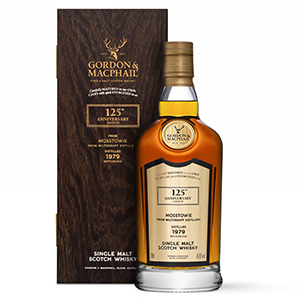 Mosstowie was located within Miltonduff Distillery and used straight-necked Lomond stills to create a softly smoky spirit. This whisky was laid down on Sept. 13, 1979, spending its entire maturation in a refill sherry hogshead. 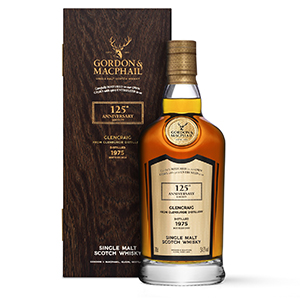 This whisky was also made on Lomond stills, this time at Glenburgie Distillery, and filled into cask on Oct. 30, 1975.

Both of these whiskies round out Gordon & MacPhail’s 125th anniversary celebration this year, part of a series of four “last casks”—whiskies from distilleries that have closed and thus are vanishingly rare. Mosstowie operated for just 17 years before its stills were dismantled in 1981, and Glencraig had a similarly short life in the 1960s and ’70s. Neither whisky was ever intended to be bottled as a single malt, being used instead for blends—but I’d trust Gordon & MacPhail that these casks are something special. 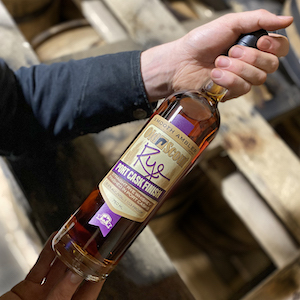 Smooth Ambler makes its first foray into cask finishing with this MGP-distilled rye, which aged for 4 years in new charred oak and then was finished for 4 months in French oak port casks.

Though it’s mainly kept quiet since bringing back Old Scout bourbon last year, Smooth Ambler hasn’t been idle. CEO and head distiller John Little says this cask-finished rye won’t be the last, although the experiments are staying small and mainly intended for tasting room sales for now. But that doesn’t mean they won’t someday be produced on a larger scale. Stay tuned!