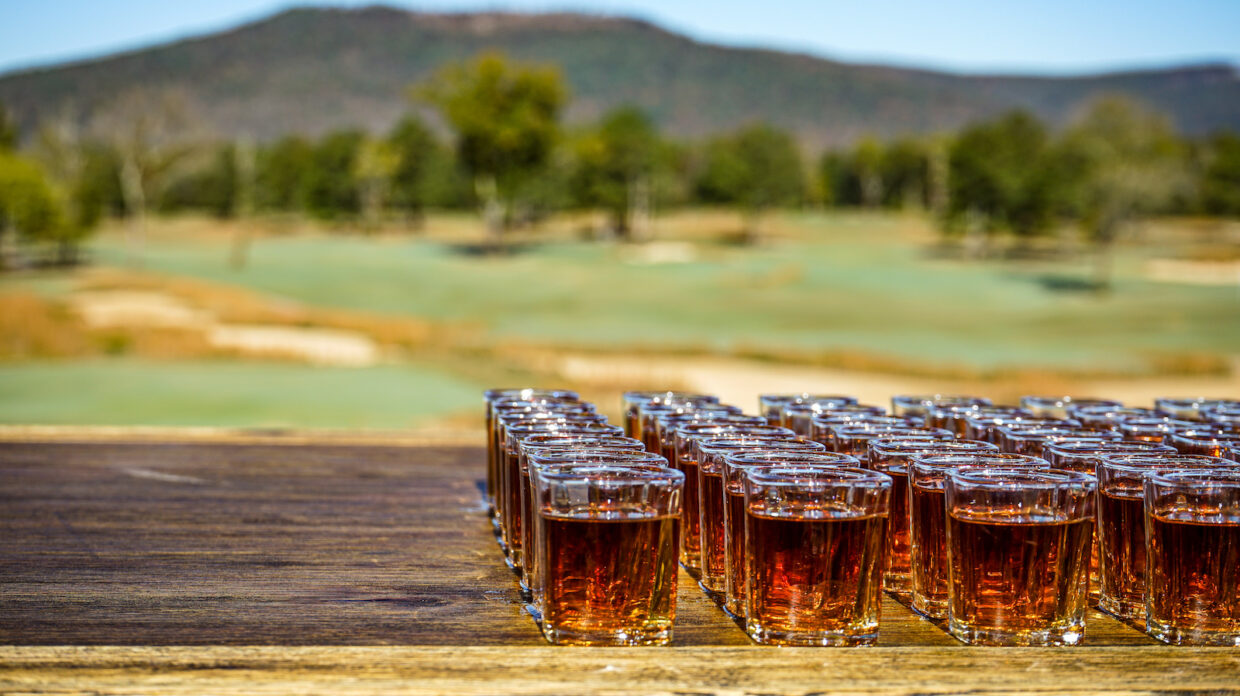 A new bourbon backed by football star Peyton Manning, Sweetens Cove is named for a rural Tennessee golf course with a cult following.

The biggest whiskey news of the week was the launch of Sweetens Cove, a new bourbon backed by NFL star Peyton Manning and tennis great Andy Roddick, among others. We spoke to both Manning and Roddick, as well as master blender Marianne Eaves, about the whiskey and its links (pun completely intended) to the beloved golf course of the same name. Check out the in-depth article, and then keep reading for the hard stats and some analysis below.

Kentucky-based blender Barrell announced its Private Select whiskey series, a collection of unique “micro-blends” that are each finished in a different barrel type. Each offering is limited to 150-180 bottles, priced at $109. Barrell is also set to release Batch 024 of its bourbon, priced at $90 and available in limited amounts.

Colorado distillery The Family Jones is debuting its first house-distilled bourbon. Ella Jones is priced at $55, with 3,600 bottles available this year, for sale in Colorado only.

A group of five Midwestern distillers—Blaum Bros., Cat’s Eye, Cedar Ridge, Mississippi River Distilling Co., and Templeton—have each contributed a different whiskey to create a unique blend, called Distiller’s Handshake. The blended whiskey will raise money to support hospitality workers affected by COVID-19. There are 982 bottles available in Iowa and Illinois, priced at $50.

Finally, Ireland’s Waterford Distillery is launching its first single malts, each made with barley grown on a different farm. The Single Farm Origin series is initially available in Europe and select parts of Asia, but will expand to the U.S. and Canada later this year. 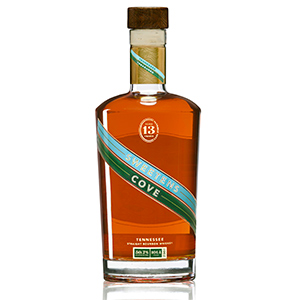 Distilled in Tennessee and aged at least partly in Kentucky, this 13 year old bourbon (mashbill 84% corn, 8% rye, and 8% malted barley) was blended by Marianne Eaves, the former master distiller at Castle & Key. Eaves blended five batches, each at barrel proof, ranging from 50% to 52% ABV.

The whiskey is named for the Sweetens Cove golf course near Chattanooga, Tennessee, which has a cult following despite its lack of amenities. The course, and the bourbon, are backed by a group that includes NFL star Peyton Manning, tennis champion Andy Roddick, and a host of other investors from the world of sports, real estate development, music, and beyond.

There will be future releases of Sweetens Cove, as well as a handful of single barrels that Eaves has identified as exceptional.

A 13 year old whiskey made in Tennessee and bottled around 100 proof? Sweetens Cove sounds awfully familiar…

Though we’d love to take credit as trendsetters, Sweetens Cove was in the works long before we named George Dickel 13 year old Bottled in Bond as the 2019 Whisky of the Year. These whiskeys aren’t exactly the same, of course, though both were made at Cascade Hollow Distilling Co. Dickel is a true Tennessee whiskey, which goes through the Lincoln County Process; Sweetens Cove, however, is a bourbon. If it were a Tennessee whiskey, it would not only have to have been charcoal-filtered, it also would have to have matured fully in the state.

And, of course, there’s the price difference; the Dickel is $36, while this bourbon is $200. Is Manning’s endorsement worth the premium? That’s for you to decide. I certainly think the whiskey will be good. Look for a review in an upcoming issue! 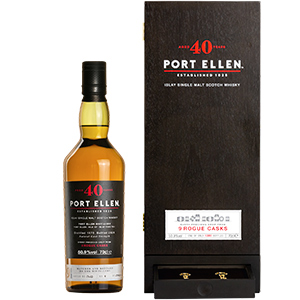 Following up on last year’s release of Port Ellen Untold Stories: 39 year old The Spirit Safe, this whisky comes from nine “rogue” casks. Apparently, in 1979, some spirit was distilled that didn’t fit the typical Port Ellen profile used by blenders at the time; it was filled into specially marked casks and left to mature until master blender Craig Wilson selected nine of the casks—four American oak hogsheads and five European oak butts—to create this expression.

This whisky was distilled over 40 years ago and never was intended to age this long. But Port Ellen closed in 1983, and in the intervening years, the barrels sat mostly undisturbed and unwanted. Decades later its mature whisky was rediscovered as something very delicious; bottled and offered to single malt fans, it has become one of the most desirable whiskies in the world.

Parent company Diageo says that what makes this Port Ellen different from previous releases is its “lighter character” that has “unusual tropical fruit flavour notes and a hint of aromatic spice and cinnamon.” 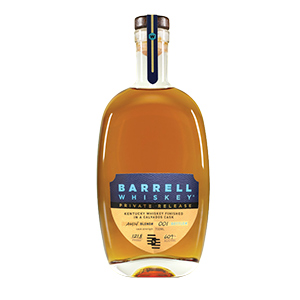 Barrell’s Private Select series encompasses 24 “micro-blends” Kentucky whiskey, including some 18 year old stock. Each unique batch is finished in a different cask type, from tokaji wine to pear brandy to Sicilian amaro, and yields 150-180 bottles. Some of the batches have been selected as exclusive picks by liquor stores and whisky clubs; Barrell’s website has a full list of what’s out there, with information about how to purchase.

These aren’t single barrels, but they’re roughly the equivalent production size of one—each Private Select is being termed a “micro-blend,” and just like a single barrel, each is utterly unique, even before it goes into the finishing cask. Barrell won’t be limiting its Private Select whiskeys to American whiskey, either; they’ve put together a blend of Irish whiskeys already, for example. 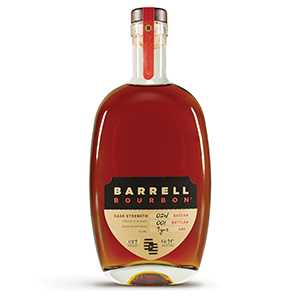 Barrell’s blending team will be hosting a live tasting of Batch 024 on June 10; if you’re interested in participating, there’s a sign-up. 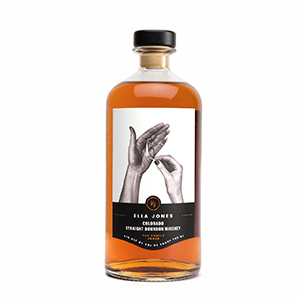 Made at The Family Jones Distillery in Loveland, Colorado, this bourbon combines barrels of a few different ages ranging from 2½ to 3 years old. The mashbill includes all Colorado-grown grains, including 75% corn, 15% organic Dillion rye, and 10% Metcalf two-row malted barley. All the whiskey was aged in 53-gallon barrels.

This is the first house-distilled bourbon from The Family Jones, which also released a house-distilled rye, Atticus Jones, last October. Up to that point, the distillery had offered the sourced Stopgap rye and bourbon, but those offerings will be phased out now that the distillery’s own stock is mature. 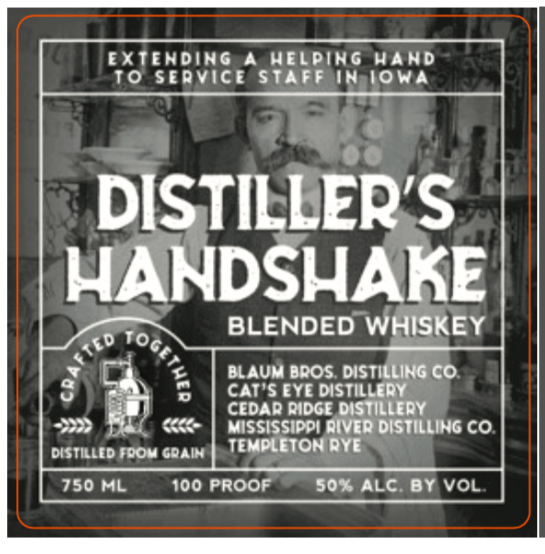 Several distilleries in Iowa and one in Illinois collaborated to create this whiskey, whose proceeds will be donated to the Iowa Restaurant Association and Iowa bartenders in need. The participating producers and the whiskeys they contributed are listed below:

Even though most craft distillers are struggling during the economic downturn wrought by COVID-19, they have continued to demonstrate a sense of community and generosity. Many have converted production to making hand sanitizer, and others are raising money through special bottlings, like this and the “infinity barrel” put together by Catoctin Creek. Hats off to everyone working for the benefit of others! 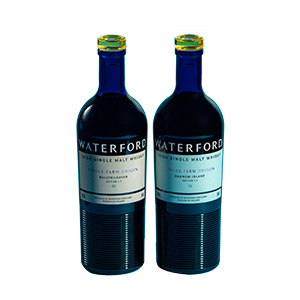 The long-awaited debut whiskeys from Ireland’s Waterford Distillery, these single malts each were made with barley grown by a single Irish farm:

Bannow Island: Edition 1.1—Grown by Ed Harpur on the southern coast of County Wexford, where salt air from the Atlantic ocean blows over the sandy-soil fields.

Ballykilcavin: Edition 1.1—Grown by David Welsh-Kemmis in County Laois, where the fields are sheltered by woodlands.

An additional whiskey, Ratheadon: Edition 1.1, will be available online and at the distillery only.

Waterford Distillery was founded by Mark Reynier, who had previously helped revive Bruichladdich on Islay. The distillery’s ethos centers on terroir, a concept that’s familiar to wine drinkers and French whisky makers. At Waterford, the quest for terroir includes using only Irish-grown barley, and distilling each farm’s output separately to preserve the unique characteristics of the grain.

Each bottle of the whiskey will have a “téireoir” (a portmanteau of terroir and Éire, the Gaelic name for Ireland) code, which can be entered on Waterford’s website to reveal in-depth information and other content.

Waterford’s whiskeys are hitting shelves in Europe, Taiwan, China, and Japan at the end of June. The distillery plans to release different single-farm whiskeys in the U.S. and Canada later this year, with a price around US$90.