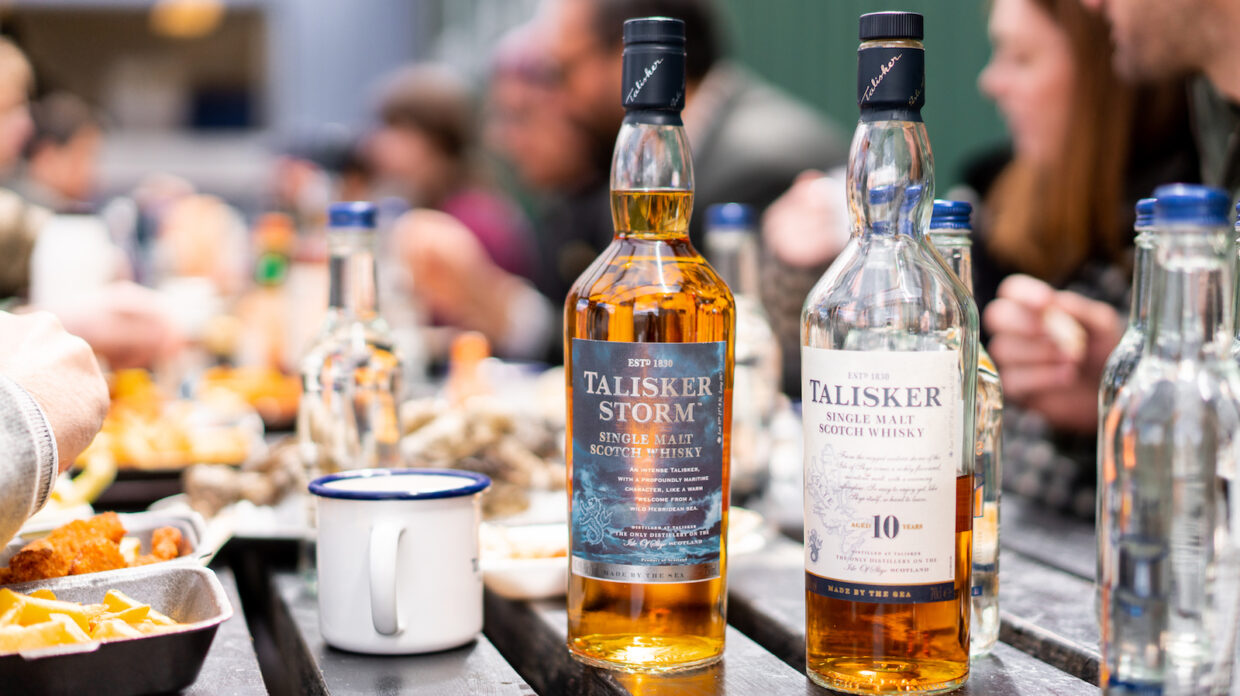 Talisker, a single malt scotch known for its distinctively maritime flavors, is teaming up with the Billion Oyster Project to restore New York-area reefs ahead of National Oyster Day on Aug. 5. (Photo by Philip Edsel)

Scotch and oysters are a classic pairing for the palate, and now they’re coming together to bolster maritime habitats. Talisker is joining forces with the Billion Oyster Project in an effort to restore legions of oysters to New York City’s harbor and waterways. The Diageo-owned scotch distiller announced on July 29 that it’s teaming up with the New York-based nonprofit organization to “bring 1 billion oysters back to New York City’s shoreline” through a citywide shell collection program, according to a statement.

A cornerstone of the Billion Oyster Project’s work, the program collects empty oyster shells and returns them to the water to provide the base material for oyster reefs, which provide a home for young oysters and hundreds of species in New York’s harbor. To date, the Billion Oyster Project has recycled more than 1,600,000 pounds of used oyster shells, planted more than 45 million oysters in New York City waters, and installed more than a dozen oyster reefs across more than seven acres. This summer, the organization plans to place over 500,000 pounds of oyster shells—and an estimated 25 million live young oysters—within 200 gabion (cage-style) reef structures at the mouth of the Bronx River, more than doubling the project’s restoration impact in New York Harbor, according to Diageo. 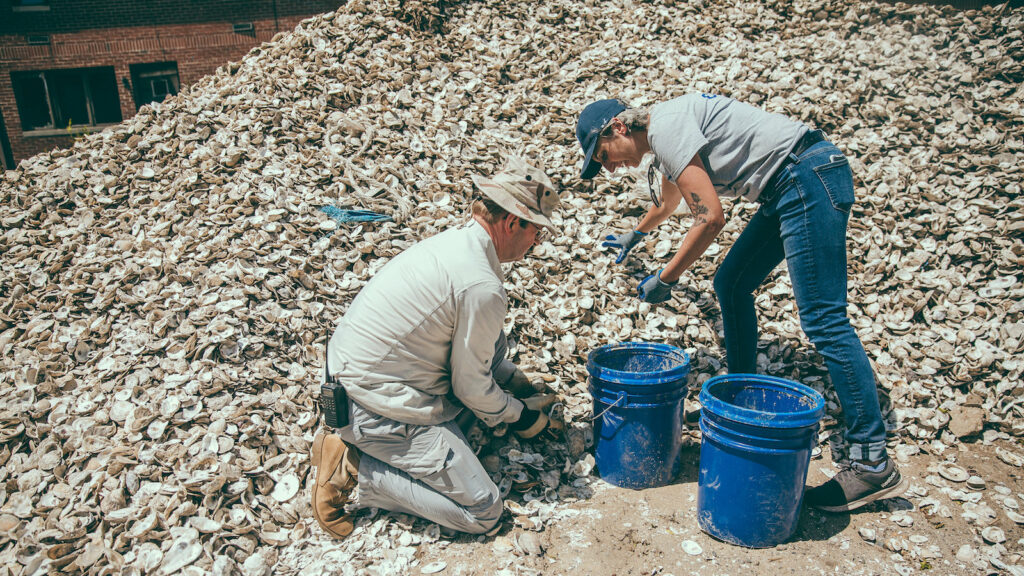 Billion Oyster Project restoration director Katie Mosher (right) and volunteer Mark Kimmey sort through a massive pile of shells on Governors Island in New York Harbor in the summer of 2018. The project’s shell collection efforts have been hampered this year due to COVID-19, but it’s getting a boost thanks to a partnership with Talisker scotch. (Photo by Rosie Cohe)

The Billion Oyster Project’s shell recycling efforts were temporarily suspended in March as restaurants and bars shuttered due to COVID-19, but now are set to resume leading up to National Oyster Day on Aug. 5. Through the partnership, which began in January 2020, Talisker provides funding and sponsors community events centered around the project’s educational and environmental goals. Talisker wouldn’t disclose the amount of funding it’s providing through the partnership, but said, in a statement to Whisky Advocate, that its “sponsorship of the program helps day-to-day operations to resume efficiently and effectively in New York City.” In a typical year, the shell collection program gathers more than 400,000 pounds of oyster shells from dozens of New York City restaurants to rebuild oyster reef habitats. This year those efforts were hampered by the pandemic, but the program still is on track to divert around 200,000 pounds of oyster shells from landfills.

Partnering with a bivalve-focused nonprofit makes sense for Talisker, whose distillery is set on the rugged coastline of the Isle of Skye, where oysters are farmed and often enjoyed alongside a dram. (After a tour and tasting, visitors who are in the know take a quick walk up the hill behind the distillery to enjoy the fresh-caught fare of The Oyster Shed restaurant.) For many a Talisker fan, the whisky’s characteristic maritime flavors evoke the wind and waves that batter the area surrounding the distillery.

On Aug. 5, Talisker drinkers can take part in a virtual “oyster social” series hosted by the brand and the Billion Oyster Project to celebrate the mollusk’s national holiday. The event will offer simple instructions on how to shuck, cook, and serve oysters, pair them with Talisker, and make a simple cocktail. Though you’ll have to buy your own oysters and whisky, the socials are open to anyone 21 and older in the U.S., and ticket sales ($10) support the Billion Oyster Project.