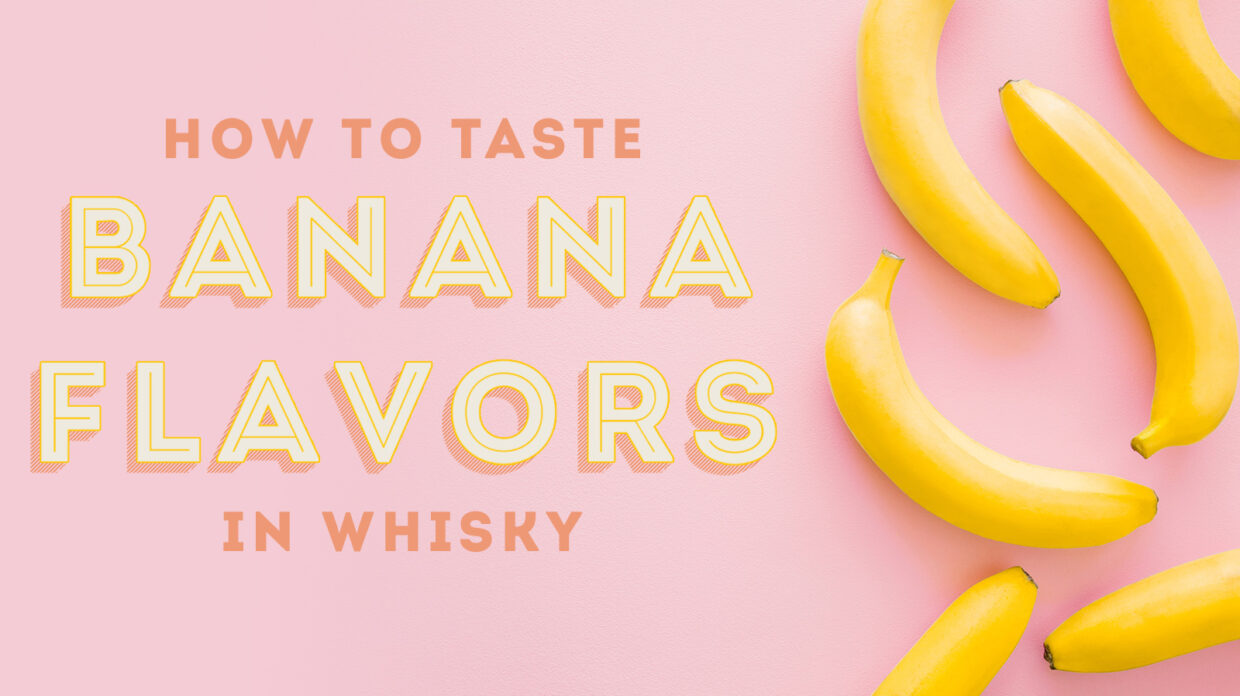 Banana is an easily identifiable flavor in many whiskies, especially Japanese, Irish, and bourbon. As one of the most popular fruits in the country, the flavor of banana is instantaneously familiar. To find its origin, however, we must probe a little into the science of fermentation. Basically, the stuff they didn’t teach you in sundae school.

Classic overripe banana notes are found in an acetate ester called isoamyl acetate, a compound that arises during primary fermentation as the yeast converts the sugar in the wort or beer into alcohol. The performance of different yeast strains affects the levels of isoamyl acetate formed.

When composing tasting notes, it’s helpful to consider how the aromas and flavors of bananas change over time. Everyone has their perfect banana moment, whether tinged with green, bright yellow with fine freckles, or even blotchy and bruised. If you pick up a waxy, green-banana note in whisky, this is attributable to ethyl hexanoate, another ester that often also delivers pineapple and apple notes.

Beyond the breakfast staple there are other forms of banana, from plantain and apple bananas to tiny sweet bananitos, which broaden the flavor of the humble banana. Bananas may marry with spices in muffins and banana bread, come dried into crunchy banana chips, be deep fried or turned into fritters. They may appear as a scrumptious dessert, like bananas Foster, banana split, or banoffee pie. Venturing further into confections, artificial banana is a flavor of its own, found in banana Runts and banana Laffy Taffy.

While esters are mainly formed during fermentation, they can develop and be concentrated, and modified by further reactions taking place during distillation and maturation. The banana flavor in whisky can be accentuated by the length of fermentation and the strength of the foreshots running from the spirit still when the distiller makes the first cut. Furthermore, the idiosyncrasies of cask maturation, the blender’s skills in assembling the final whisky, the use of chill-filtration before bottling, and competing aromatic compounds all play their part in banana flavors in your whisky.

Go bananas with these whiskies