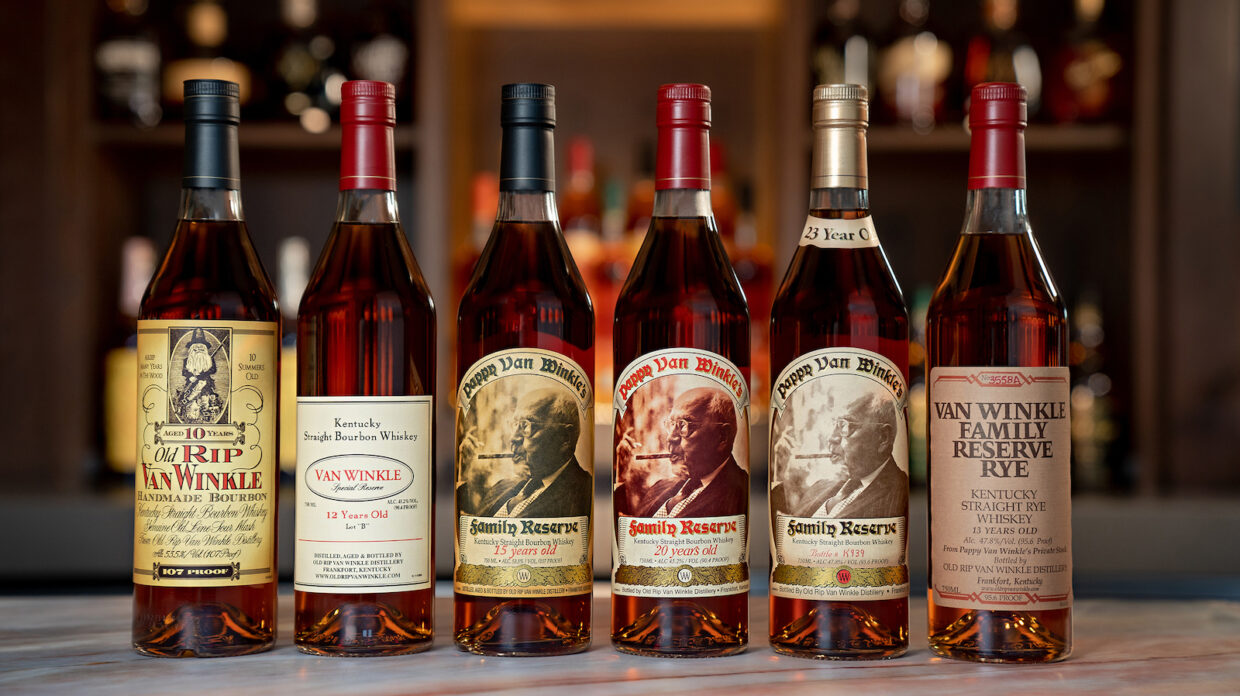 There is less ultra aged Pappy Van Winkle bourbon in this year's release, but more of the 13 year old rye.

Consistent with the changing of the leaves, rare whiskey season is officially in full swing. The annual Diageo Special Releases and Buffalo Trace Antique Collection whiskies have already been announced, and now the 2020 Van Winkle line-up is here.

This year’s release includes the usual suspects, with a slight change in yield. There is less of the 20 and 23 year old Pappy Van Winkle’s Family Reserve Bourbon, as those barrels experience greater evaporation or angels’ share due to their lengthy maturation. We’ve previously covered some of the challenges and shortcomings of aging bourbon for this long.

On the flip side, there is more of the Old Rip Van Winkle Family Reserve Rye 13 Year Old available than in years past. See the full line up, with suggested retail prices, below.

Van Winkle producer Buffalo Trace additionally warns against purchasing any of these whiskies via the secondary market, which was the subject of our Spring 2020 cover story. In that story, we detailed the ways that Buffalo Trace is combatting the secondary market and extreme price inflation, and with this new announcement, they are encouraging drinkers to file a complaint with the Better Business Bureau when they encounter gross mark-ups. Alternatively, they suggest contacting your state’s attorney general.

Julian Van Winkle, president of Old Rip Van Winkle Distillery, had previously said they cannot control the price retailers charge, but remain committed to releasing quality products at a fair price. It’s unclear whether these formal complaints will change retailer habits or secure any of these coveted bottles for a hopeful drinker. The best case scenario for many of us is likely joining a lottery and crossing our fingers.