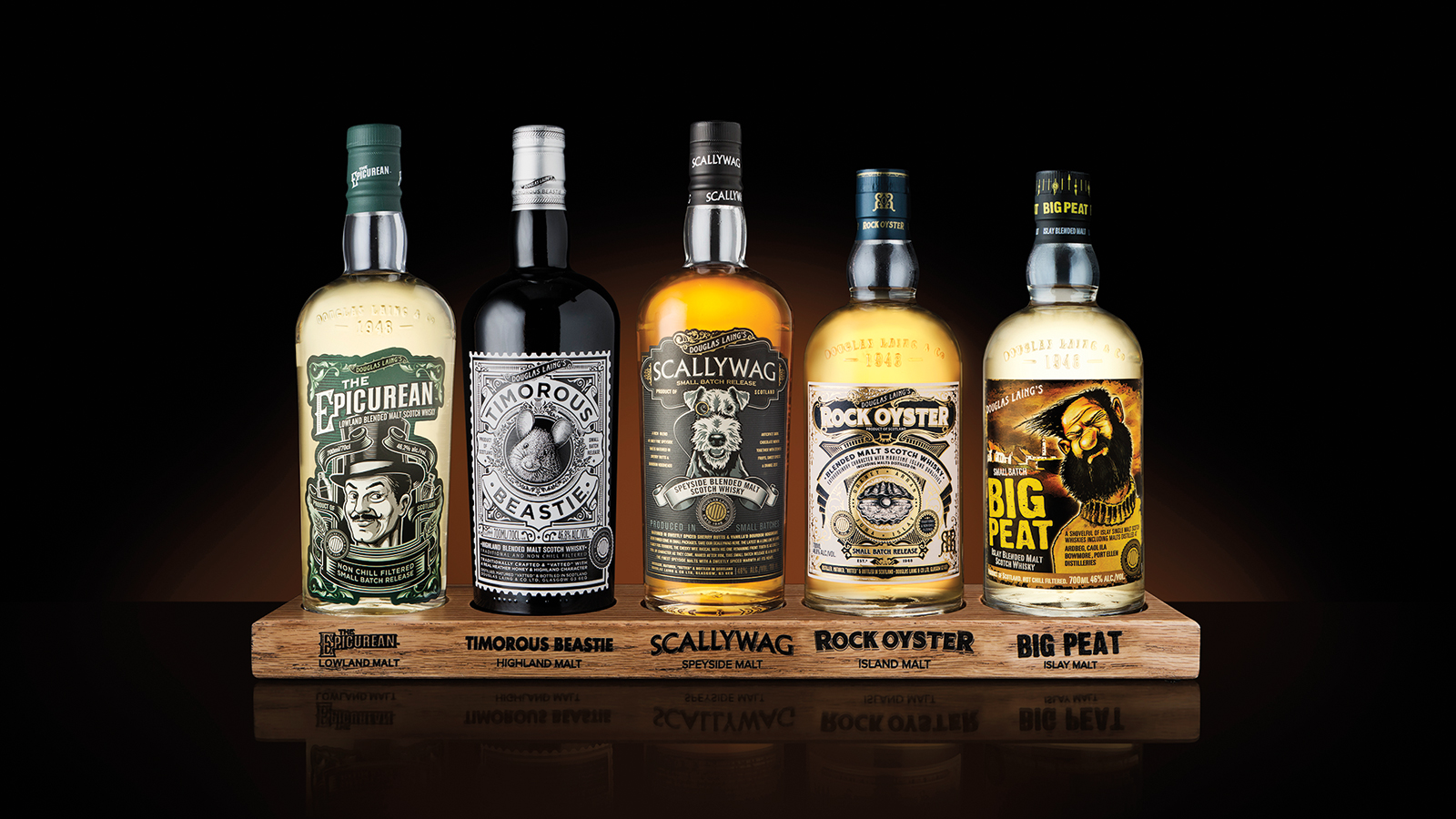 Douglas Laing's blends mark a return to their roots.

Single malts get most of the attention, but the majority of scotch that’s made goes into blends—and these days, boutique blenders are creating whiskies that punch well above their weight.

The Remarkable Regional Malts are the perfect way to explore Scotland’s regional whisky styles. Come on, who could resist that wee Scallywag?

Age statement blends with cultish labels come from That Boutique-y Whisky Company, and periodically they drop astonishing creations, like the Half Century Blend and Lost Distillery Blend.

When their hit small batch blended malts such as Kiln Embers and Velvet Fig sell out, the core range of Lord Elcho, Peat Chimney, the Hive, and Spice King still hit the spot.

If you see ‘em, grab ‘em. David Stirk’s well-picked parcels of aged blends are in limited supply and rarely stay on the shelf for long.

What delights will Doug McIvor come up with next? This blender’s Blue Hanger has twice won our blended whisky of the year award.

Grab the bull by the bottle! The terrific Black Bull range contains age statement blends, including the welcome return of the 40 year old.

We can’t promise you that you’ll master the Gaelic language by drinking these, but you can educate your palate with a bottle of Té Bheag or their Mac Na Mara blend.

The Feathery is named after the original golf ball, and it joined a portfolio containing some of the best-named blends around: Sheep Dip and Pig’s Nose.

With their Isle of Raasay distillery opening in 2017, pour yourself a glass of The Tweeddale blend recreated by Alasdair Day to honor his great-grandfather’s recipe.