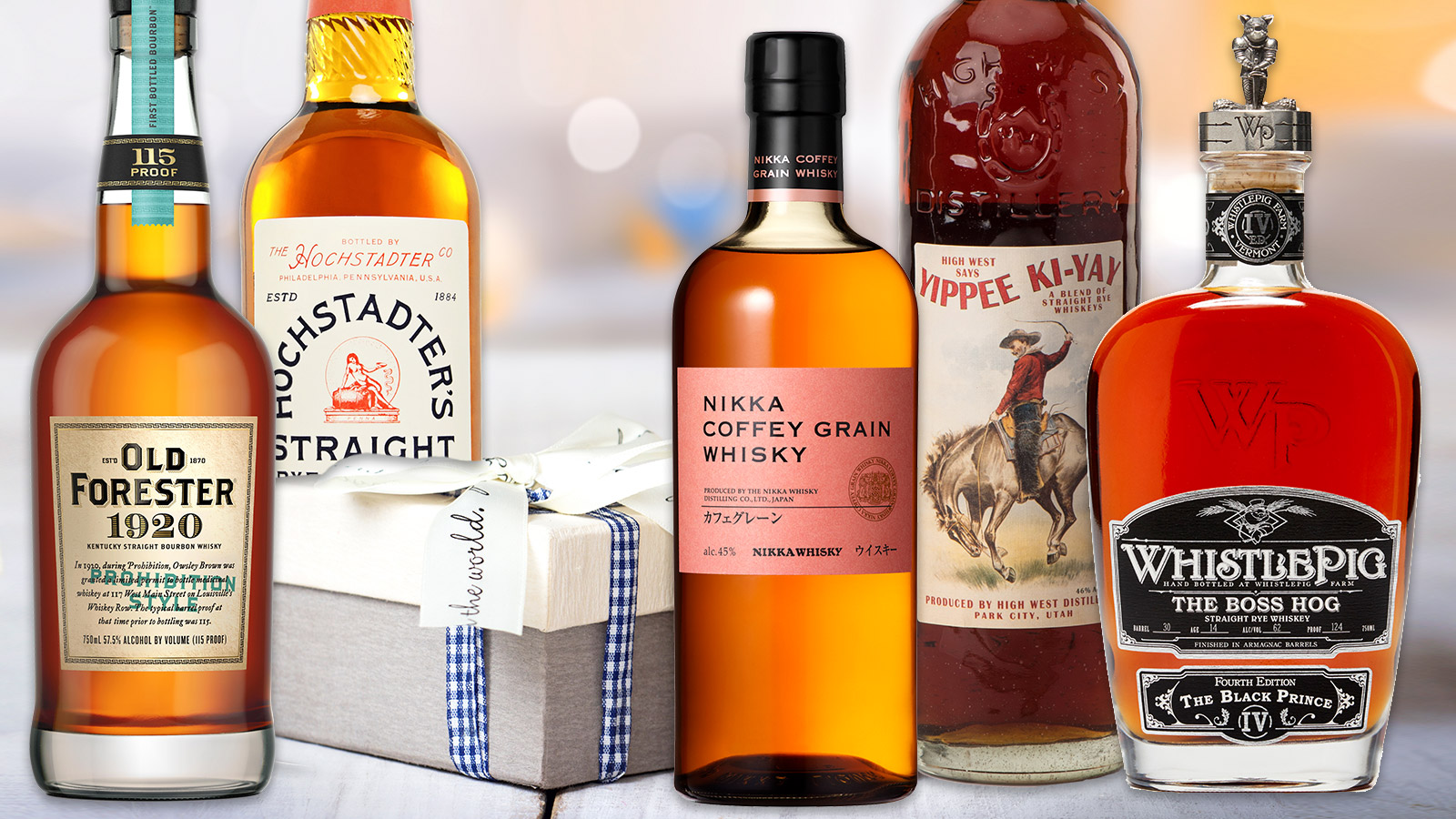 I’ve always found Father’s Day gift guides kind of pointless. Then, a magical thing happened: I became a father. Hey, maybe dads do need a gift guide! One that includes only things we truly need and love, like whisky. Of course, my young daughter has no money, lacks an acceptable ID, and couldn’t get herself to the liquor store if she wanted (she can’t even walk yet). So perhaps I’ll have to hope someone helps her with this year’s father’s day whisky purchase. (Hint, hint!)

A Whisky For Every Dad

Nobody needs or deserves a whisky more than a new dad. (Ask me how I know.) For the third annual Boss Hog release, this Vermont distiller/bottler took 100% Canadian rye and finished it in scotch hogsheads. The barrel-proof result is an intriguing, one-of-a-kind spirit that’s fruity and earthy with a chocolate cake-like heft and a burnt, smoky finish. Whisky may be forbidden for teething infants these days, but dad will be thankful for that bottle when the time comes.

So dad is already on the craft beer bandwagon, but hasn’t quite been able to shift his loves from stouts into single malts? Charbay master distiller Marko Karakasevic has the perfect way to welcome him to the world of whiskey. Generally credited as the inventor of hopped whiskey (which can be seen in his R5), Karakasevic distilled S Whiskey from Bear Republic Brewing Company’s Big Bear Black Stout. The result is utterly complex from the five malts used in the beer, with bitter hints from Centennial and Cascade hops still present.

If dad still lifts his chardonnay-grasping pinkie in the face of whisky, you might want to introduce him to something with a wine finish. Finishing involves placing mature whisky into another barrel, like those used for wine, to impart flavors. High West Yippee Ki-Yay uses barrels that originally held vermouth and syrah. The sharpness of the rye base balances with herbal and medicinal flavors and strong notes of black fruits. This is a stellar aperitivo for rye fans and a nice gateway to whisky for wine drinkers.

To many an American dad, bourbon isn’t just his country’s homegrown potable—it stands for history and heritage. Bourbon is packaged patriotism. And even if part of bourbon’s charm is that it hasn’t much changed over the years, he can still drink something intriguing. The third release in Old Forester’s Whiskey Row series, 1920 Prohibition Style is meant to mimic the whiskey the company distilled at the start of Prohibition for approved medicinal use. Incredibly drinkable for 115 proof, the flavor is rich in chocolate-covered cherries, toffee, and baking spices.

Some dads know what they like and stick to it. This is especially true of the Jack Daniel’s-drinking father, who typically falls into two camps: the Harley-riding dad and Sinatra-singing pops. Buying him yet another bottle of “his” stuff just feels like doing his grocery shopping, while buying a completely different brand is often a futile gamble. If your dad is one of the hundreds of millions of dads who have made Jack Daniel’s the world’s best-selling whiskey, he’ll appreciate Jack in its pure essence—single-barrel form. Sweet, fiery and potent, yet surprisingly drinkable at barrel proof, you can only hope dad is in a sharing mood.

There’s a certain kind of dad that is offended by pricey presents. He’ll accept the gift and then wonder for days how he raised such an irresponsible child. (“Why, I could buy a whole case for that price!”) So don’t blow your time or budget on something that he’ll fail to appreciate because of its price tag. Instead, opt for whiskey that is affordable—but tastes much better than plastic-bottle swill. Hochstadter’s old-timey packaging may look low-rent, but the whiskey inside is surprisingly layered and seemingly under-priced. A vatting of sourced ryes from around the continent (Kentucky, Pennsylvania, Indiana, and Canada), the taste is spiced candy, with an approachable heat at 50% ABV.

While many dads have long decided to stick to what they like, some dads continue to seek novelty and adventure, whether by hang-gliding, surfing, or just trying new spirits. So maybe dad has been hearing about this new breed of Asian whisky everyone’s slobbering over and is eager to try it for himself. It doesn’t matter how much you love him, though—most of the top Kavalans and Yamazakis are way too expensive to procure, if you can even find them. A splendid affordable and locatable option, however, is this corn (with a small amount of malt) whisky made from continuous distillation using Coffey stills. The grain whisky is initially light and fruity, finishing with some fudge and toffee notes

You’ve been giving dad gifts for decades, since that first crayon drawing at age 3—but it seems to be getting harder and harder to get a reaction from him. Whether he knows his Scotch or not, he’ll take notice when he sees this tube of pricy, limited and utterly unique whisky. From master distiller Adam Hannett, the recipe for this hyper aged release is a closely guarded secret but the bottle itself is an instant collectible. The cask-strength, unpeated Islay whisky is packed with fruity aromas and flavors, before unfolding into something more decadent and rich…a perfect treat for the dad who’s hard to please.