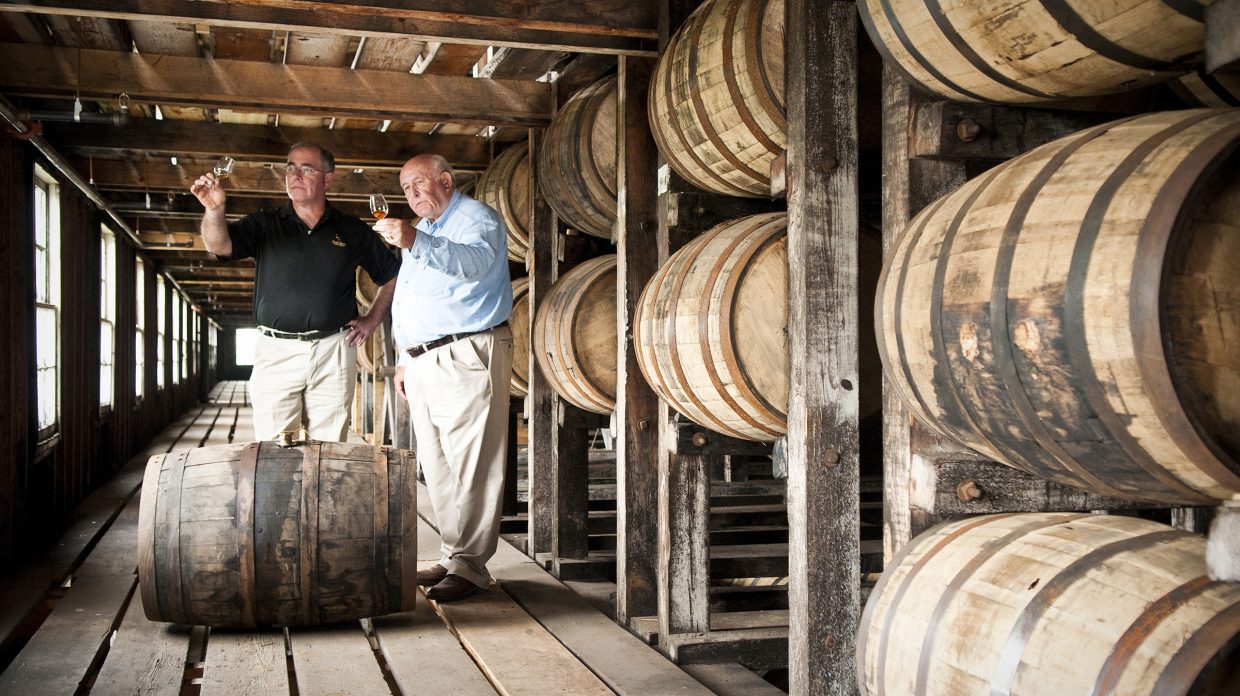 Jimmy and Eddie Russell mostly drink their own product, Wild Turkey—but that's not the only thing they'll imbibe.

A truly exceptional whisky requires time, patience, and a lot of tasting along the way. You can’t make it if you don’t love drinking it. Indeed, for most whisky makers, sampling spirit is much less a chore than it is a cherished perk of the job. But even master distillers enjoy an occasional break from the brown stuff. When they’re not enjoying the fruits of their own labor, you’d be surprised at just how varied their tastes can be. Whisky Advocate tracked down a number of off-duty distillers to reveal what they were hiding in the mug.

Winemakers are fond of saying, “It takes a lot of beer to make wine,” and it seems the truism applies to whisky makers too. “I’m a great fan of Guinness and this is what I would generally order when I’m in a bar with my friends or colleagues. I enjoy a beer with a lot of flavor and complexity,” reveals David Stewart, malt master of Balvenie Distillery. The industry legend, who has a 50-year pedigree at Balvenie and Glenfiddich, is also inclined to enjoy the native spirit of wherever he happens to be visiting. “My favorite spirit other than scotch whisky is a nice golden rum. I enjoy the delicate sweetness and spices and how one rum will differ from another coming from different Caribbean islands. I’ve holidayed on various Islands in the Caribbean over the years and you have to drink the local spirit when there.”

In the heart of Kentucky, Jimmy Russell has been making Wild Turkey for more than six decades. He attributes that longevity to the fact that he rarely drinks anything other than bourbon. But he does allow a summertime exception for a refreshing iced tea, which he brews himself with Lipton packets. His son Eddie, who serves as co-master distiller with his dad, offers this: “Besides a good red wine—Shiraz or Cabernet Sauvignon—with a meal, I drink water.”

Elsewhere in the Bluegrass State, master distiller Fred Noe of Jim Beam prefers a locally sourced soft drink called Ale 8-One, made with ginger. Woodford Reserve master distiller Chris Morris sips on coffee with cinnamon, which he says boosts good health. “I have really appreciated the work of all the mixologists who finally have me exploring the world of cocktails,” says Greg Davis, master distiller at Maker’s Mark, who also drinks Belgian-style beers in between glasses of his own Private Select bourbon recipe.

At Stranahan’s Colorado Whiskey, Rob Dietrich has helped pioneer the creation of a distinct American single malt whiskey. He hangs his hat in Denver—home to one of the country’s most vibrant craft beer scenes. Yet in his leisure time, Dietrich elects to brew something entirely different. “Many years ago, I took a 20-day motorcycle trek across Argentina and fell in love with yerba mate tea,” he confesses. “I liked the flavor—the pick-me-up without the caffeine shakes—and the culture surrounding it. Traditionally, it is served in a gourd with a metal sipping straw with a strainer on the end, and you pass the gourd around and share the tea with your companions. I now buy it by the kilo and use a French press for making the yerba mate, and tend to drink it frequently throughout the day. It’s my secret weapon to keeping up with everything going on at Stranahan’s Distillery!”

Dave Pickerell has created exceptional whiskey for years, helping WhistlePig and Hillrock Estate become familiar names. Although he’s made quite the splash with elaborate barrel finishes in recent years, no cooperage was necessary to produce his preferred “off-the-grid” spirit. “I like mezcal,” he says. “Specifically Del Maguey Iberico or the Madre Cuishe agave varietal.” He’s also devoted downtime to becoming an amateur barman. “Cocktail-wise, I am on a mission to resurrect a couple of classics, including the Monte Carlo and the Rattlesnake,” he explains. These selections are tame, however, compared to Mike Miyamoto’s secret concoction. The former Suntory distiller who now serves as global brand ambassador garnishes his liquor with lightly grilled codfish tail.

But there isn’t anything fishy about an occasional deviation from the norm. Enjoying a diverse array of drinks means you’ve educated your palate. The next time you’re pouring something other than whisky, rest assured that you’re in good company. 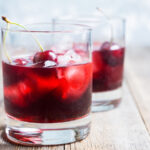 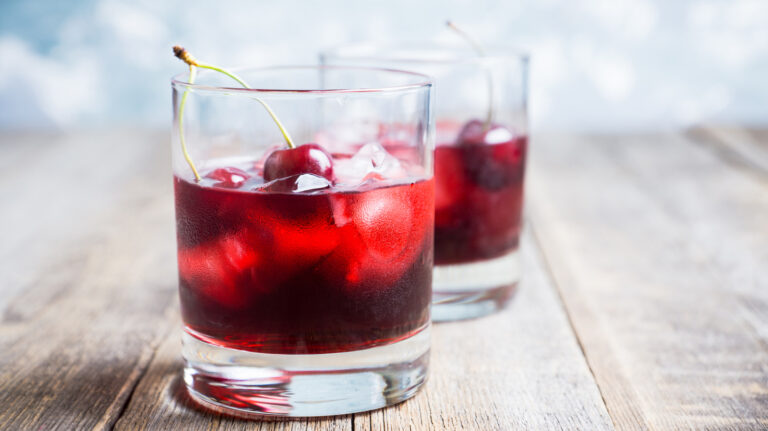 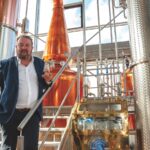 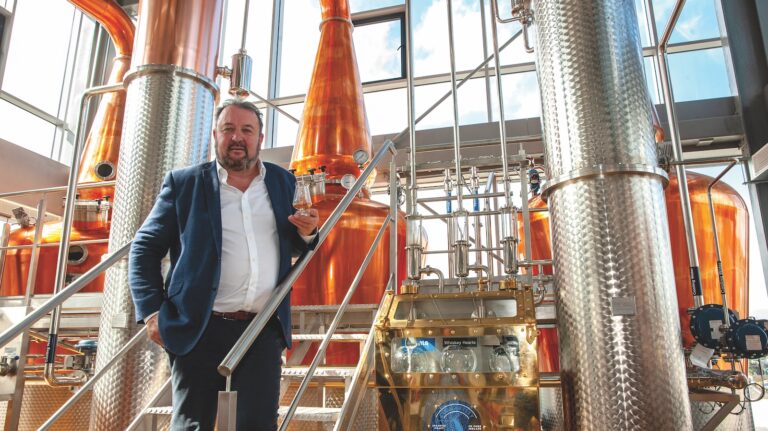 Once almost disappeared, Ireland’s most unique style is returning to the spotlight as distilleries craft unique interpretations. 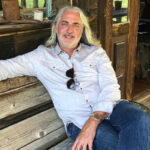 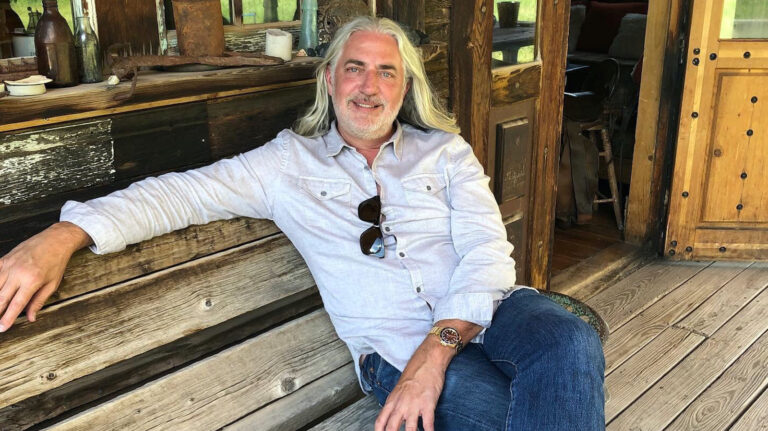 Michael Myers draws on his artistic vision to make whiskey at Distillery 291.