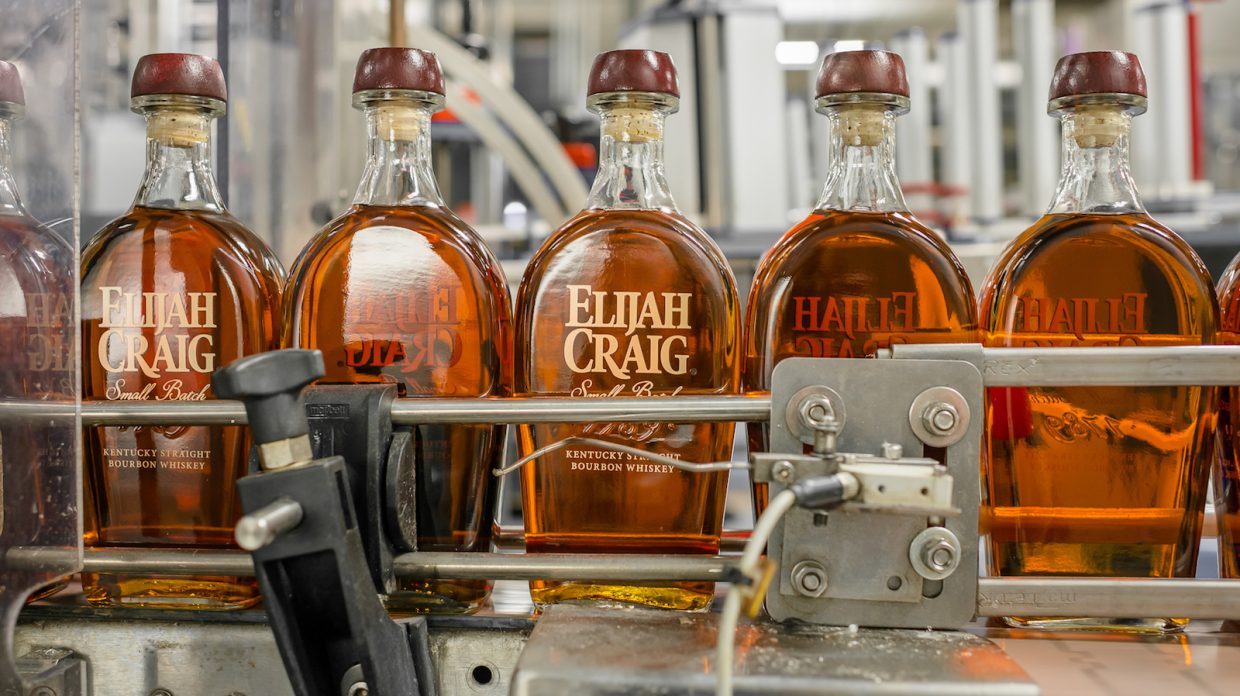 Elijah Craig was a Baptist minister but was he also the father of bourbon? (Photo by Kristina Krug)

The name Elijah Craig adorns some of Heaven Hill Brands’ finest bourbons. In fact, Elijah Craig Barrel Proof was named Whisky Advocate’s 2017 Whisky of the Year. Like many whiskey namesakes, Elijah Craig is a real historical figure. The label of Elijah Craig Small Batch states that he was the “Father of Bourbon.” But does he really pass the paternity test?

The claim derives from The History of Kentucky, published in 1874 and written by Lewis and Richard Collins, which reads: “The first Bourbon Whisky was made in 1789, at Georgetown, in the fulling mill at the Royal spring.” Notice Elijah Craig isn’t mentioned here; however, in the two paragraphs just prior to this quote, the Collinses write that Craig was responsible for building the first fulling mill (used in the creation of woolen cloth) at Georgetown, also in 1789, and the first “rope-walk” (necessary for making rope) and paper mill as well. So although Craig isn’t mentioned by name specifically, it is implied that he is the person in question. How do Collinses substantiate this claim? There begins the ambiguity.

Who Was Elijah Craig?

Elijah Craig was born around 1738 in Orange County, Virginia, moving to what is now modern-day Kentucky in 1782. He was ordained as a Baptist minister in 1771 and preached the gospel almost until his death in 1808. He was obviously a true entrepreneur on the American frontier and was responsible for promoting the success of industry in the budding commonwealth. He is recognized by the Collinses as the founder of Georgetown. All of this makes Craig a well-known and influential figure. None of this, however, makes him the father of bourbon.

If Craig was distilling this early, he was likely not alone: By 1789 there were other distillers in the area who also would have been using indigenous corn and other crops to make whiskey. Why have we not remembered their names? Maybe simply because they didn’t run other major businesses, or have the influence and notoriety of the Reverend Elijah Craig. But there is evidence that many other early settlers were distilling whiskey.

According to The History of Kentucky, the first distillery in Bourbon County itself was built “around 1790 by Jacob Spears and others from Pennsylvania.” The use of the word “around” gives pause; if indeed this was the county’s first distillery, there’s no accurate record of its date of construction. Spears’s magnificent home and a lone remaining stone whiskey warehouse from his “Peacock Distillery” still stand along the Clay-Kiser Road just north of Paris, Kentucky.

The same paragraph states, “Others claim Capt. John Hamilton, who ran away from Pennsylvania on account of his participation in the whisky insurrection, distilled in this region before Mr. Spears.” It would have been unlikely that this was the case for Hamilton’s relocation, since the insurrection—known these days as the Whiskey Rebellion—did not begin until 1791.

Then there was Daniel Shawhan, Jr., who began distilling in Hampshire County, Virginia (now West Virginia) sometime during the 1760s. He moved his family to Allegheny County in southwestern Pennsylvania around 1771, then to Kentucky in 1788, ending up near present-day Paris, and resumed his former occupation, this time making bourbon instead of Monongahela rye. This account comes from a family history of the Shawhans and is corroborated by an unlikely source: the History of Jackson County, Missouri, published in 1881, which claims that Shawhan even built the first still in Bourbon County.

The common thread through these individuals is a background in Pennsylvania before moving west. The Keystone State was the hotbed of early American distilling, and the Whiskey Rebellion caused many people to relocate down the Ohio River to more clandestine ground where the government would have a more difficult time taxing their livelihoods.

Benjamin Bedford located to Bourbon County from Virginia, via Madison County, Kentucky, in 1788. He is noted for operating the unlikely combination of both a distillery and a powder mill—located adjacent to each other. Talk about an explosive combination!

How Elijah Craig Got On A Bottle

According to Josh Hafer, communications manager for Heaven Hill, the Elijah Craig trademark was first registered in 1960 by Commonwealth Distillers, who also owned the T.W. Samuels brand. Heaven Hill acquired it in 1976, and it seems that it was never an active brand until the whiskey’s first release in 1986, as the bourbon market neared its nadir.

Why release a premium product in a down market that was dominated by cheap bourbon? Hafer explains that “to Heaven Hill, a 12 year old product represented a departure from a reputation for less than quality whiskey.” The company was making a statement and betting on the revival of bourbon’s popularity, a long-term strategy that turned out to be remarkably prescient.

Building on that foresight, Elijah Craig 18 year old came out in the mid-1990s, another gamble that the market would improve. With the numerous awards Elijah Craig has received since, Heaven Hill’s strategy has been affirmed, with the brand now a leader in the smoking hot premium bourbon category.

While Elijah Craig makes the claim to represent the father of bourbon, there were certainly many other early bourbon distillers at the time, as distillation was an important way to generate additional income on the hardscrabble frontier. Some names are now lost to time, but all of these distillers played an important role in establishing the tradition that has grown into today’s bourbon industry. Much like the United States, our national spirit was hatched not by one man, but by a group of founding fathers, with Elijah Craig contributing his indelible mark on the spirit and the history of Kentucky.