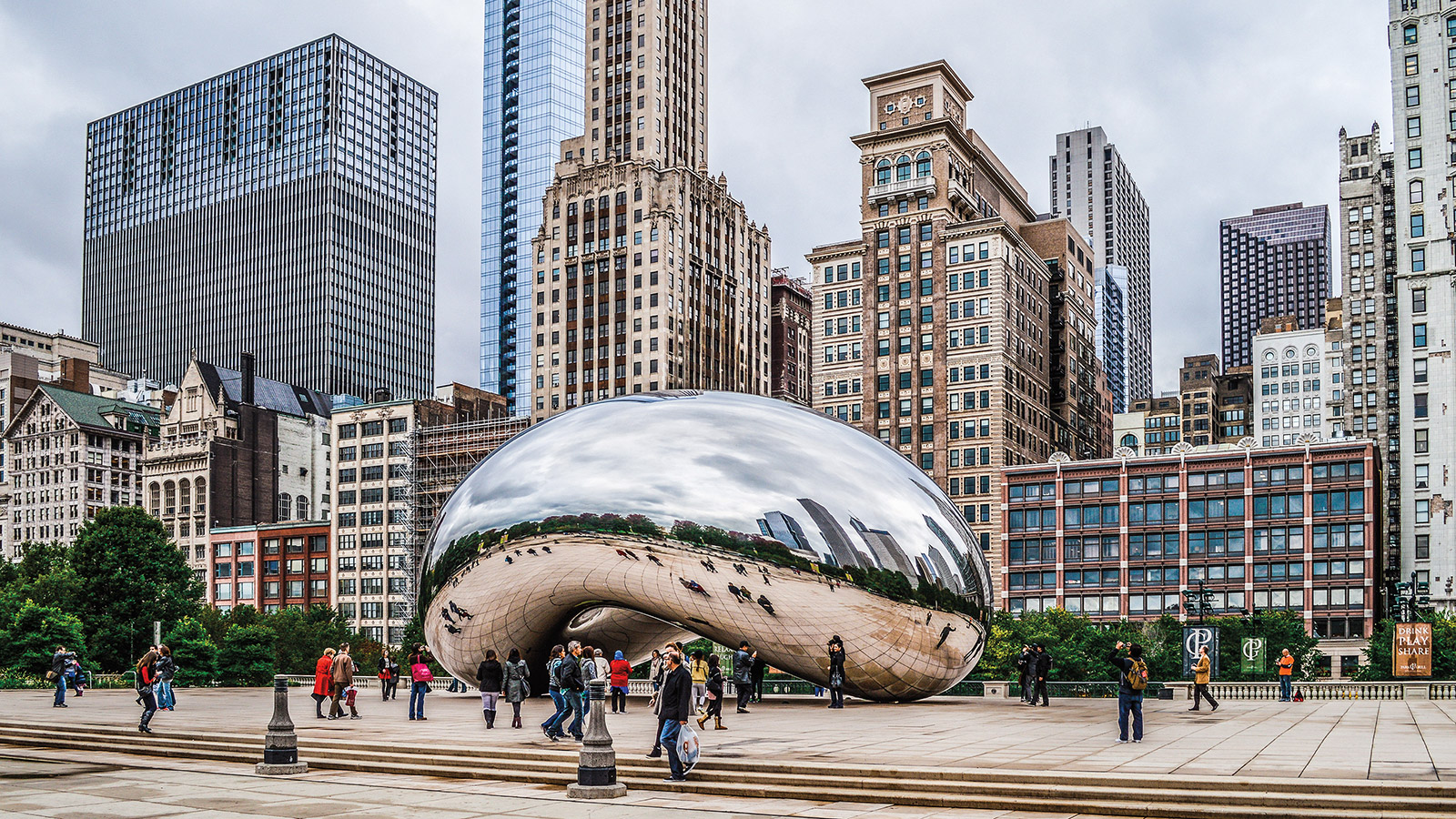 I’ve got to leave Chi-town.
This old town keeps knocking me down.
It’s like a whirlwind of unhappiness
Keeping me on the ground.

What, you were expecting “Sweet Home Chicago,” the toddling town’s sappy-sweet blues anthem? Chicago is more than its clichés, like “The City that Works.” Sometimes it does, sometimes it doesn’t, but it is never boring.

You can still hear live blues in dingy dives decorated with Christmas tree lights any night of the week, but you can also see the world’s best live theater. Chicago contains the world’s most influential architecture, such as the Sullivan Center, formerly known as the Carson, Pirie, Scott and Company building, and architect Mies van der Rohe’s Federal Plaza. With its Cubs now baseball champions, anything seems possible in Chicago.

One thing that works is public transportation. By choosing buses, trains, cabs, or ride shares it is easy to avoid the trials of operating a motor vehicle. Chicago supplies the designated drivers. Except for two subway lines downtown, all of Chicago’s ‘L’ trains (short for ‘elevated’) are above ground, so they are a great way to see the city up close. 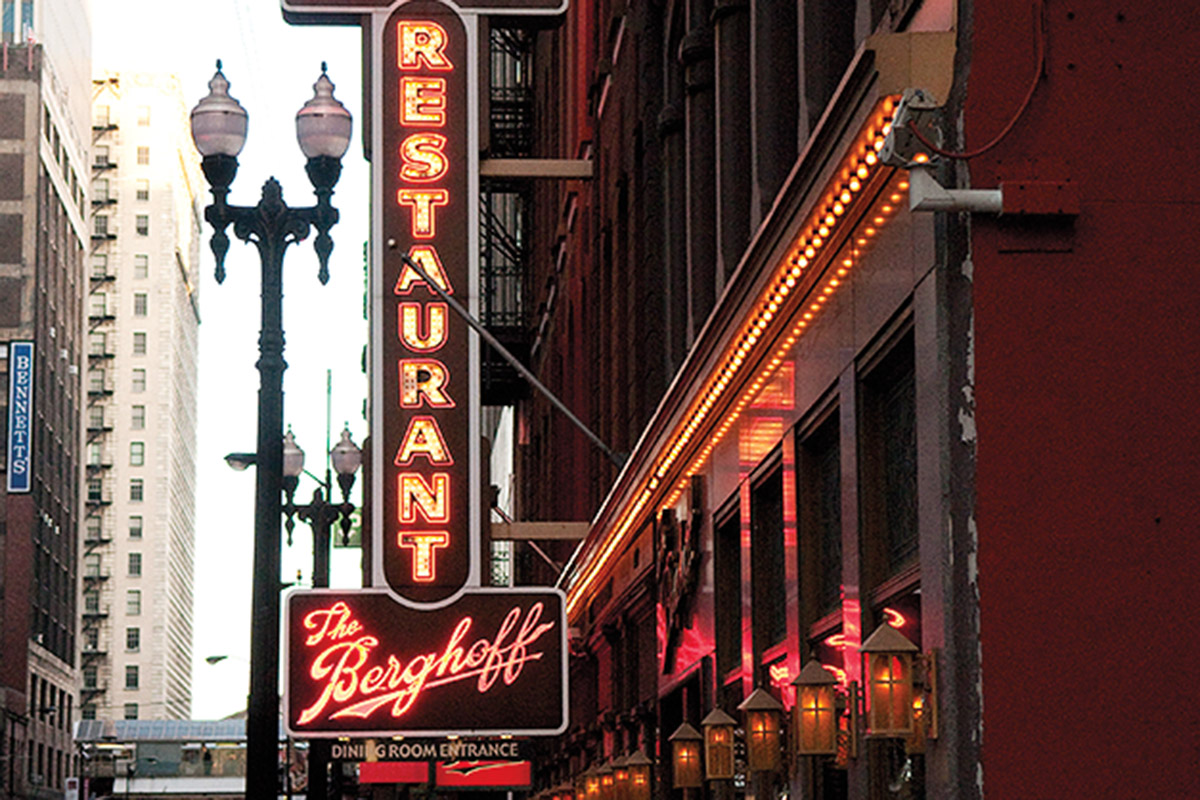 Chicago stretches along the western shore of Lake Michigan. Much of it still hugs the shoreline. Heading north, the first suburb you reach is Evanston, home of Northwestern University and F.E.W. Spirits, a craft distillery opened in 2011, making stellar whiskeys and gins. (Whisky Advocate named their rye Craft Whiskey of the Year for 2013.) The distillery is named in honor of Frances Elizabeth Willard, who ran the Women’s Christian Temperance Union (WCTU) from her Evanston home for 20 years. Willard’s home (now a museum) and F.E.W.’s distillery are both open to the public.

The WCTU turned Willard’s house into the Frances Willard House Museum and Archives in 1900, just two years after her death, so it is virtually as she left it. No mere spoil-sport, Willard was a tireless social reformer and advocate of equal rights for women.

Back in Chicago, you can visit a craft distillery run by a woman: Koval Distillery. Sonat Birnecker is the president, with her husband Robert as distiller. Established in 2008, Koval has a large selection of whiskeys made from corn and rye, as well as millet and oats.

For lunch, head downtown to The Berghoff. Established in 1898, The Berghoff has Chicago’s oldest liquor license, the first one granted after Prohibition. It is known for its house-brand beer and bourbon (a wheater with Van Winkle roots), a beautiful bar, authentic German food, and its own connection to women’s rights. In 1969, Gloria Steinem and six other members of the National Organization for Women marched into the Berghoff Bar and demanded service, liberating one of the last men-only drinking establishments in Chicago. Today they offer craft cocktails and four different varieties of schnitzel.

“City of Neighborhoods” is another Chicago cliché with something behind it. Two neighborhood places that do very right by whisky and food are Fountainhead and Longman & Eagle. Both are in interesting neighborhoods good for a walk-around. Both have outdoor seating in suitable weather. Longman & Eagle also has beds, six stylish rooms over the bar available for an overnight stay, starting at $95 a night.

Downtown, the Chicago Athletic Association is another place where you can do it all (eat, drink, and sleep). Formerly a private club, it is now a hotel featuring several restaurants and bars, including Paul McGee’s ultra-exclusive Milk Room (reservations required). North of the river, you can stay at the Hotel Palomar, which has an outstanding bar and restaurant; Sable Kitchen & Bar. 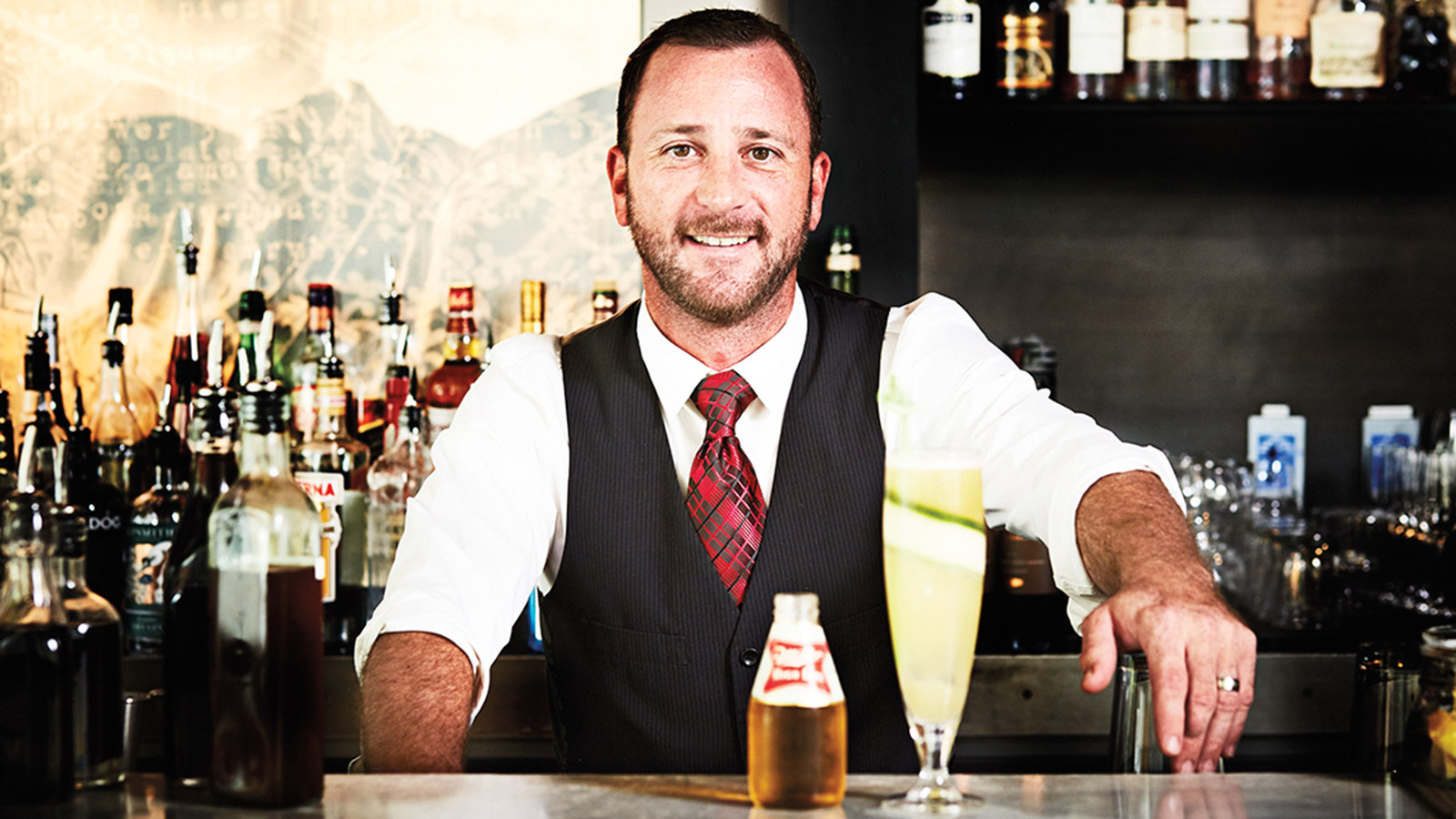 Binny’s, with 35 Chicago-area locations, is the place for your bottle shopping. Pretty much any Binny’s will have dozens of whisky choices, including some rarities, but the South Loop location has the advantage of being right across the street from Manny’s Deli, a favorite with cops, firefighters, and politicians. Barack Obama ate there often before he was president and at least once since. The corned beef and pastrami are house-made.

Wicker Park is another fun Chicago neighborhood, known for its quirky shops and art galleries. The Violet Hour was one of Chicago’s first craft cocktail places and is still among the best. You can order off the ever-changing menu or chat up one of the mixologists and they will create something just for you. It has a speakeasy vibe so there is no sign, but it is right across the street from the very obvious Big Star, which features bourbon and tacos, and has ample outdoor seating in suitable weather.

For bourbon lovers, a visit to Delilah’s is akin to a pilgrimage. The eclectic North Side bar is devoted to bourbon whiskey, pulp cinema, and rock ‘n’ roll. It has the first-ever Maker’s Mark neon sign, by virtue of selling more than anyone else back before Maker’s took off. Delilah’s has bourbons you won’t find elsewhere, including many that are no longer made, such as Old Mock and A. H. Hirsch. Come early to talk, stay late to rock.

Scotch pilgrims will prefer the Duke of Perth, another landmark, which claims Chicago’s best single malt selection, about 75 on the menu. The Duke serves hearty pub fare like shepherd’s pie, fish and chips, and bangers and mash in a neighborhood loaded with bars, restaurants, shops, and theaters. Binny’s Lakeview store is nearby if you prefer to do your bottle shopping there.

For more of an Irish flavor try the Abbey Pub, which adds live music to the drinking and dining mix. Don’t expect the music to always be Irish, though. Their showroom is huge and books a wide range of acts, sometimes even blues.

For jazz, check out the Green Mill Jazz Club, which has changed little since it was one of Al Capone’s hangs during Prohibition. It’s not about the whisky, although they have plenty. It’s about the music and the history and the atmosphere. And bring cash; they don’t take credit cards.

Rosa’s Lounge is the place for live blues, featuring an adequate whisky selection and the best live blues five nights a week (closed Sunday and Monday) in a room that still looks and feels like a real Chicago blues bar (although it no longer smells like one, since smoking is banned). Someone might even play “Sweet Home Chicago,” but probably not. 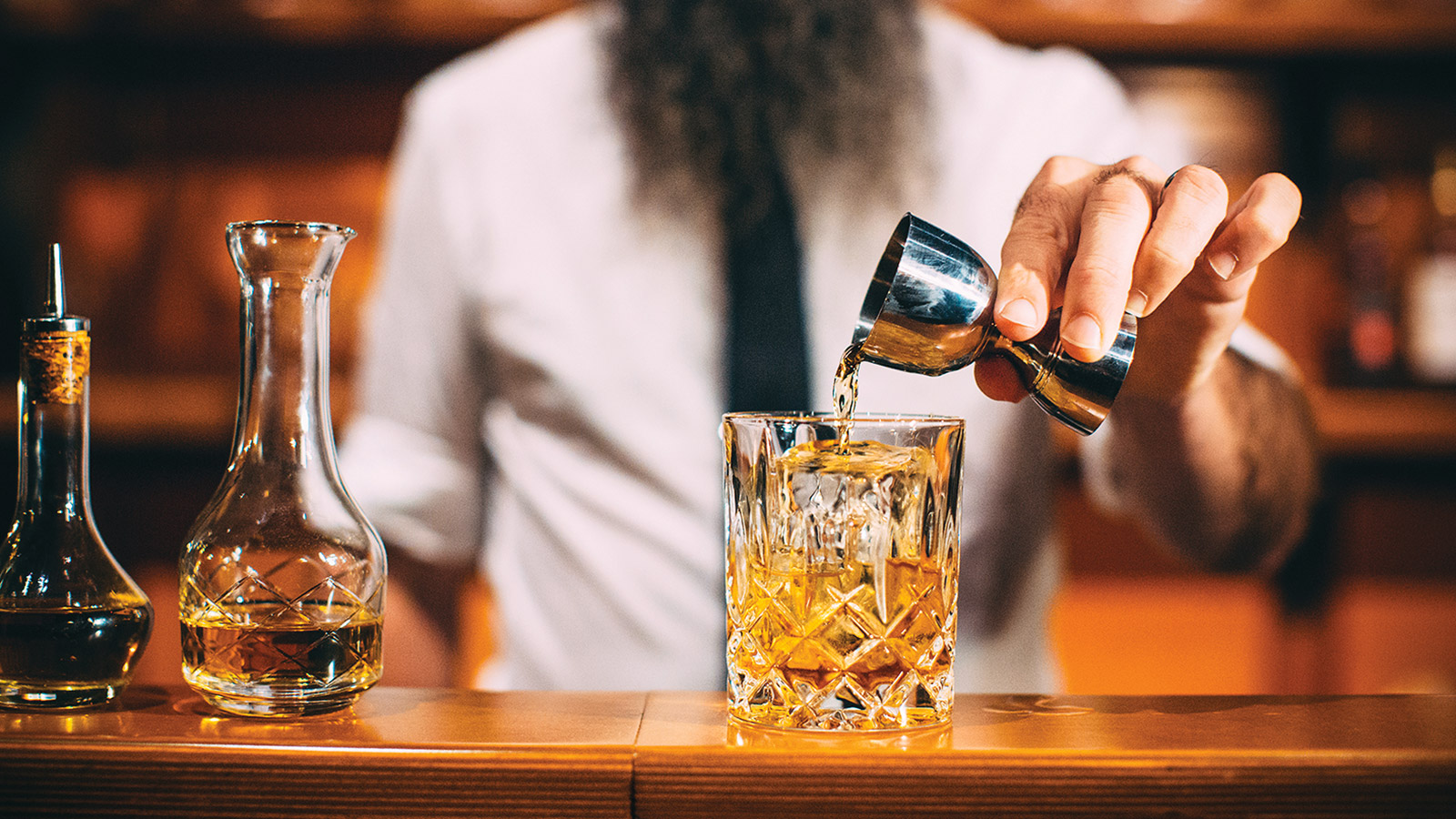