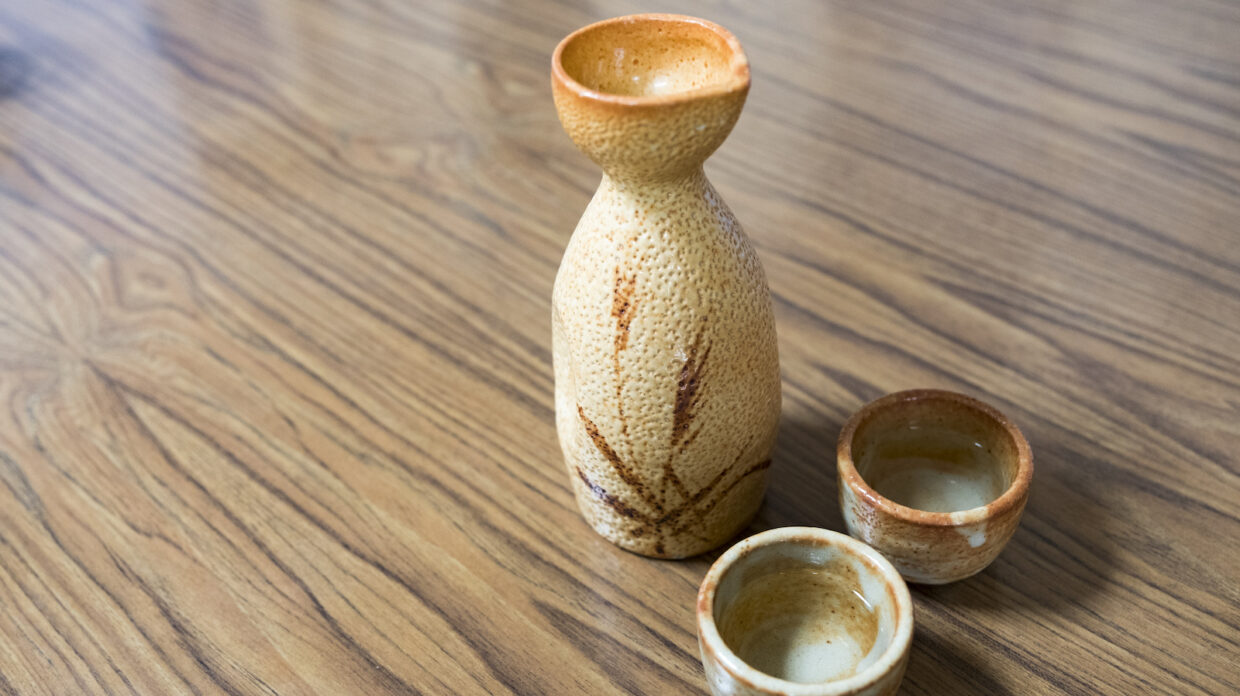 Fans of Japanese rice whisky will find lots to like in sake. (Getty Images/Ivan)

For whisky lovers, Japan conjures images of rare whisky and effervescent Highballs. Given its mastery of whisky, it’s worth taking a closer look at the nation’s traditional drink, sake, which had a 1,000-year head start on whisky. A fermented beverage with an average alcohol by volume (ABV) of 15% and usually no carbonation, sake is often referred to as rice wine. But this complex beverage is a much closer cousin of beer because it’s brewed, and it also shares similarities with whisky since it’s made from rice, a grain. In some cases, distilled alcohol is used in its production, and a handful of sakes are even aged in wood.

“Sake is, for lack of a more in-depth definition, an alcoholic beverage that’s made by taking rice, polishing it, and letting it ferment,” says Bill Wood, beverage director for Uchū Hospitality. Wood is a certified sake sommelier and adviser through the Sake School of America, as well as a certified bourbon steward and Japanese whisky expert. Sake’s basic ingredients are rice, water, yeast, and koji, a mold.

There are two broad sake categories: junmai, which is strictly fermented, and honjozo, which has a small amount of distilled alcohol added. The added alcohol accentuates the aroma and lightens the palate, and it also fortifies the sake so it has a longer shelf life—but this doesn’t mean these styles are necessarily higher in alcohol, as most sake undergoes dilution before bottling to bring the ABV down to around 15%.

Everything You Need to Know About Rice Whisky

Many of the other descriptors found on a sake label refer to the polishing level of the rice. “The more the rice is polished, the more the starchy heart of the grain is exposed, which usually—though not always—leads to a smoother sake, and ostensibly a more expensive one due to the increased labor to produce,” Wood says. The words ginjo and daiginjo on a bottle indicate increasing degrees of polish over regular junmai or honjozo.

For the whisky drinker, there are a lot of styles to explore in the world of sake. “These styles usually have pronounced differences, which are most often present in their taste, texture, and even color,” Wood says. “For example, a nigori is loosely filtered, thus retaining much of the rice sediment, resulting in a cloudy sake highlighting the true flavor profile of the rice. Genshu, which is undiluted or very lightly diluted, is often a richer, more robust sake with a higher percentage of alcohol. A nama, or unpasteurized sake, typically has fresh and vivacious flavors.” Of special interest for whisky drinkers is wood-aged sake, taru, which has warm spice notes from maturation in Japanese cedar.

Sake delivers aromas and flavors that will be familiar to whisky drinkers, including rose petal, honey, stone fruits, pear, vanilla, and spices. “Both whisky and sake drinkers appreciate their respective beverage as it is: poured from the bottle, unadulterated, with subtle nuances and the nostalgia of the taste being basically unchanged since the inception of the spirit,” Wood says. “As a whisky and sake professional, I love them both equally but appreciate them for their differences.

This must-have list by Bill Wood, beverage director at Uchu- Hospitality in New York City, is designed with whisky lovers in mind—aiming to showcase the different styles of sake and their individual appeal, while putting their flavor profiles in a whisky context.

Born Muroka Nama Genshu Junmai Daiginjo —Fukui, Japan; 17%, $50
This is both nama and genshu in style, plus it bypasses the normal charcoal filtering (muroka) and is bottled then aged for 1 year at -10°C/14°F. It features aromas of rose petal, honey, and tropical fruit, not unlike Speyside scotch, and offers plenty of umami to draw in fans of peated whisky as well.

For Lowland or Blended Scotch Fans:
Kamoizumi “Summer Snow” Nigori Ginjo—Hiroshima, Japan; 18%, $29/500 ml
Lowland or blended scotch fans may appreciate this cloudy nigori ginjo, which has aromas of fresh-cut hay and grapes that give way to a gentle viscosity with notes of fresh cream, green grapes, and overly ripe melon.

For Bourbon or Irish Whiskey Fans:
Okunomatsu Daiginjo Shizuku 18th Generation Ihei—Fukushima, Japan; 17%-18%, $200
During production, the mash is hung in bags and allowed to drip into the collector after fermentation (a process called shizuku), rather than undergoing the typical pressing. Soft aromas of vanilla yogurt, dried coconut, and peppered melon give way to a satiny medium-to-full body and a well-balanced, vibrant finish with notes of stone fruit, toasted bread, and coconut cream that would appeal to a bourbon or Irish whiskey drinker.

For Rye Whiskey Fans:
G Joy Junmai Ginjo Genshu—Oregon, U.S.; 18%, $20
A rich, genshu-style junmai ginjo, G Joy is big and bold, with fruit aromas and a velvety, dense body. Rye whiskey enthusiasts might be drawn to the melon, cherry, and pepper on the finish. Wood recommends enjoying this one over a large ice cube to mellow out some of the harshness.

For Japanese Whisky Fans:
Kiku-Masamune Junmai Taru—Kobe, Japan; 15%, $20
This crisp, dry junmai taru has mellow yet bright flavors, with soft spicy notes from its aging in new Yoshino cedar casks, not unlike the delicate wood flavors of a Japanese whisky.