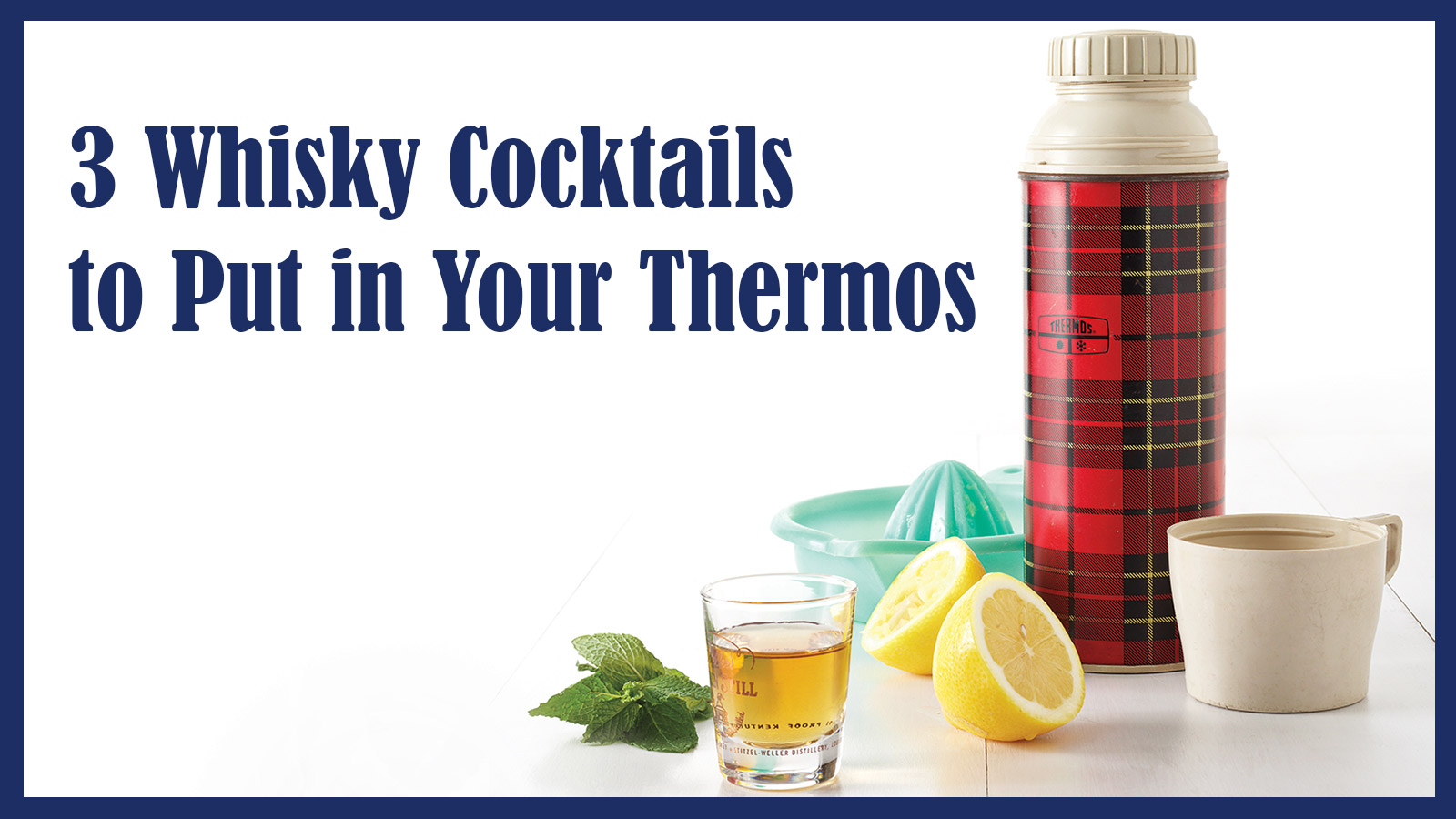 Reuse that old Thermos to batch a whisky cocktail for your next outdoor adventure.

The humble Thermos. Generically known as a vacuum flask, it’s been around for well over a century, accompanying some of the most famous expeditions in the world—Shackleton at the South Pole, Roosevelt in the Belgian Congo, even the Wright Brothers during an early flight. Soldiers have carried the Thermos into battle, while doctors use it to transport plasma, insulin, and other substances. Its vacuum-sealed design has been applied in research across a number of scientific fields. Not bad for an insulated vessel best known for carrying mom’s homemade soup to school or filling with hot chocolate for an autumn hayride.

The Thermos regulates both hot and cold temperatures, and its usefulness for summertime drinking doesn’t need explaining. We asked three expert bartenders to mix up whiskey cocktails that can be made ahead of time and toted along in a Thermos. Whether you’re trekking through the jungle—or just imagining you are—one of these batched drinks will ease the journey.

Get the Recipe: Whiskey Smash

Like its namesake, this cocktail by Abigail Gullo packs a punch, with bourbon, brandy, and liqueur all incorporated.

Get the Recipe: Louisville Slugger

Pick your whisky of choice: this recipe by Ted Kilgore allows for the use of rye, bourbon, or scotch.

Get the Recipe: Pollinated Punch