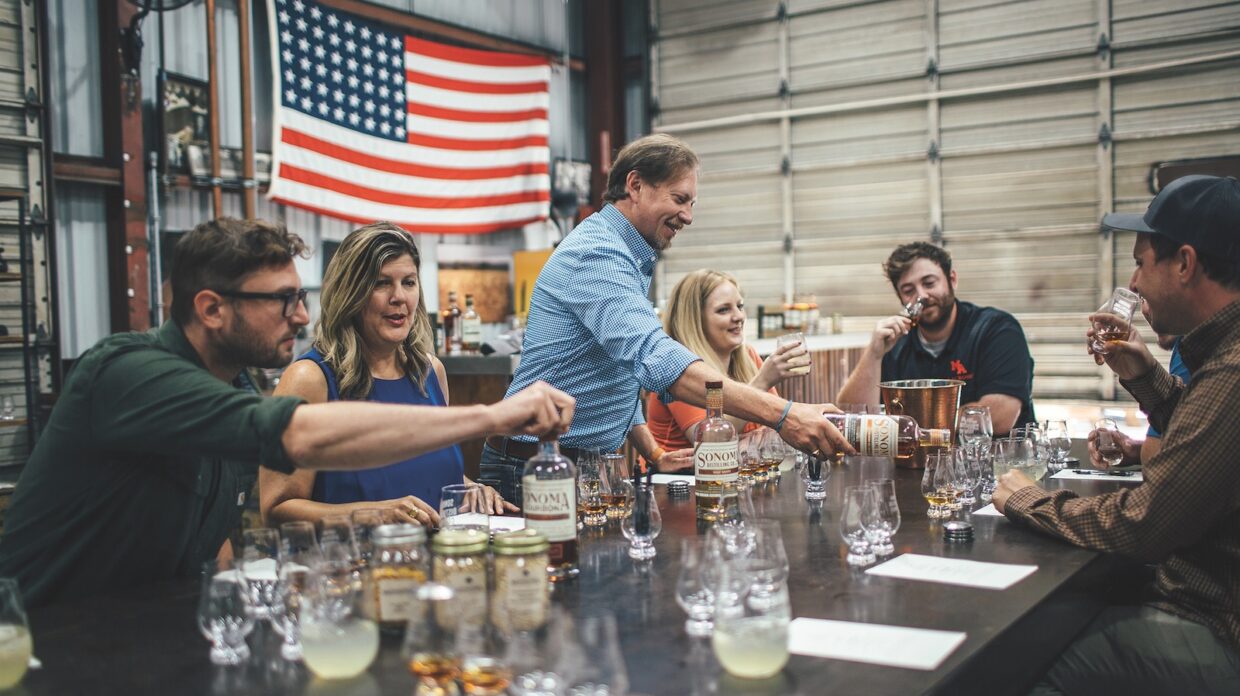 Prior to the pandemic, Sonoma Distilling Co. in California would hold special tastings for members of its whiskey club. (Photo by Michael Woolsley)

As whiskey lovers look to gather, taste, and learn more about their favorite spirit, whiskey tasting clubs are more popular than ever. Many distilleries have created their own clubs, through which fans can receive discounts, early access to releases, launch-party invitations, and more. Though these clubs have looked a bit different during the pandemic, they still offer whiskey aficionados a way to safely unite in their devotion to the dram.

“We have seen a steady increase in membership since the beginning of the pandemic,” says Elisabeth Flaherty, head of hospitality for Utah’s High West Distillery, where the High West Whiskey Club was formed in 2016. There is no fee to join, and “membership is maintained for as long as you wish to receive emails from High West,” Flaherty says. She adds that the biggest perk is finding out early when High West’s releases are hitting the shelves.

KO Distilling in Manassas, Virginia also has its own club—whose members are called PlanKOwners, in a nod to the distillery’s name. “Traditionally, a plank owner was a member of the first crew to serve on a newly commissioned ship,” says KO’s customer experience director Aimee Cote. “For KO Distilling, PlanKOwners were our first and most enthusiastic supporters.” The program was launched in July 2015—two months before the distillery opened to the public. For a one-time fee of $142, members receive unlimited free tours, a 20% discount on merchandise (not alcohol), early access to events, and the chance to reserve new releases before the general public.

Dene and Angie Leonard became PlanKOwners in February 2019 and have expanded their whiskey expertise since joining the club. “Learning from KO staff has absolutely furthered our knowledge and made us better whiskey consumers,” says the pair. “We have a greater appreciation for the art that goes into craft spirits after enjoying the different spirits and craft cocktails that they make here.”

Sonoma Distilling Co. in Rohnert Park, California founded its club in 2019. “We got a huge groundswell of about 200 members [in 2019],” says owner and whiskey maker Adam Spiegel, a boom partly attributable to an attraction that’s currently unavailable due to the pandemic—parties. “Those club events are huge, a really big perk,” he says. “The tasting room was one of the best recruitment tools we had, which we don’t have right now.” 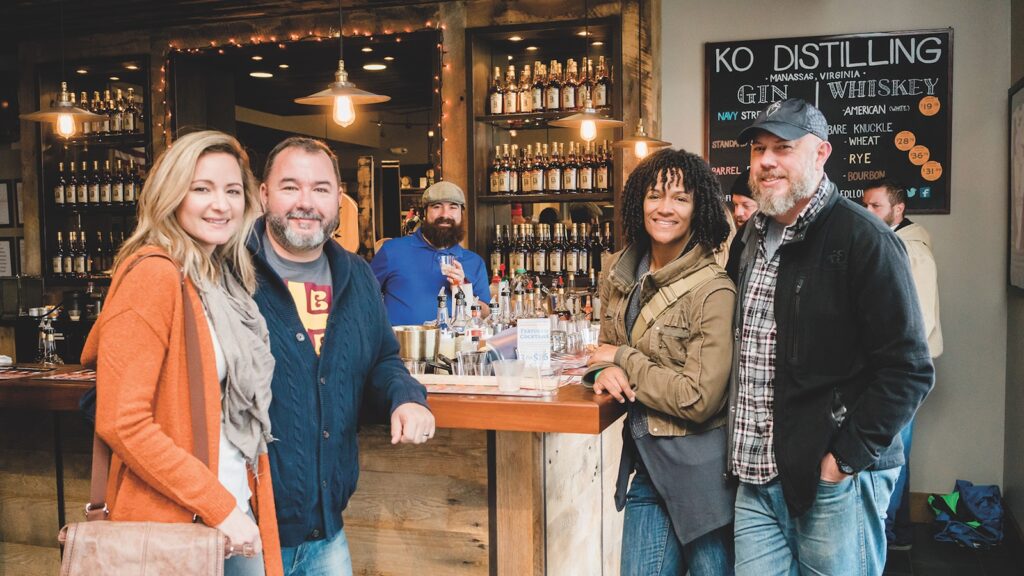 KO Distillery in Virginia calls its club members PlanKOwners, a play on the distillery’s name.

“Whenever I have taken friends to a tasting and tour, they are always impressed by the facility and really enjoy tasting the products,” says Sonoma Distilling club member Keith Langan, who has been with the club since its inception. Langan lives near the distillery, which is how he came to join the club, and that proximity has proven to be an advantage during the pandemic. “While shipping of orders is available because I live close by I’ve been able to stop in and pick up purchases,” he says. Distillery pickup is available for both membership options, and shipping is free for the three-bottle option and $15 for the two-bottle option.

“Our membership is actually stronger now than it was prior to the pandemic,” says Ranger Creek co-founder Dennis Rylander, noting that virtual events have been a hit among club members, in addition to the quarterly pickup parties on offer. During the pandemic, the pickup parties have shifted to being outdoors, with reduced capacity and a drive-up option, Rylander adds. Member Ray Quinones enthuses about the drive-up option, saying it led him “to continue to consume what they have in and out of the club.” He adds that the club has furthered his appreciation of whiskey by introducing him to styles he would have never thought to try before, such as distillery-exclusive Brisket whiskey: white whiskey infused with brisket. 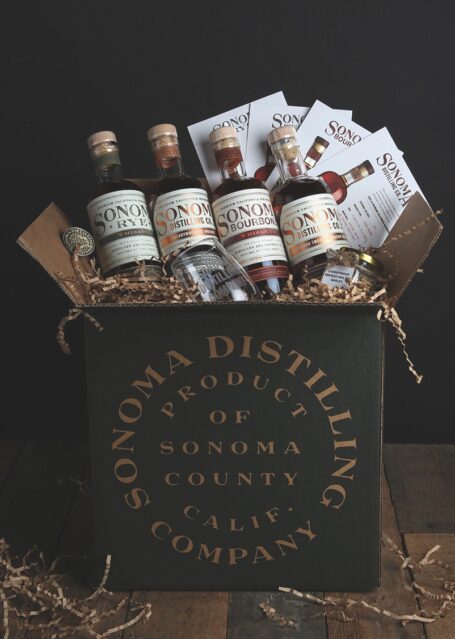 Distilleries like Sonoma Distilling found new ways to connect with club members during the pandemic, such as mailing out tasting kits.

New Riff Distilling in Newport, Kentucky has had a free club since 2018 that offers members early access to specialty whiskeys twice a year. Vice president of operations and general manager Hannah Lowen says that every release to date has sold out, many in a matter of hours or even minutes. Past club releases have included Backsetter bourbon and rye and Balboa rye, she says. “We knew we didn’t have enough of these whiskeys to satiate the whole market throughout our distribution network, so the Whiskey Club provides an apparatus for first-come, first-serve virtual sale, without the standing in line,” says Lowen.

Go Clubbing at These Distilleries