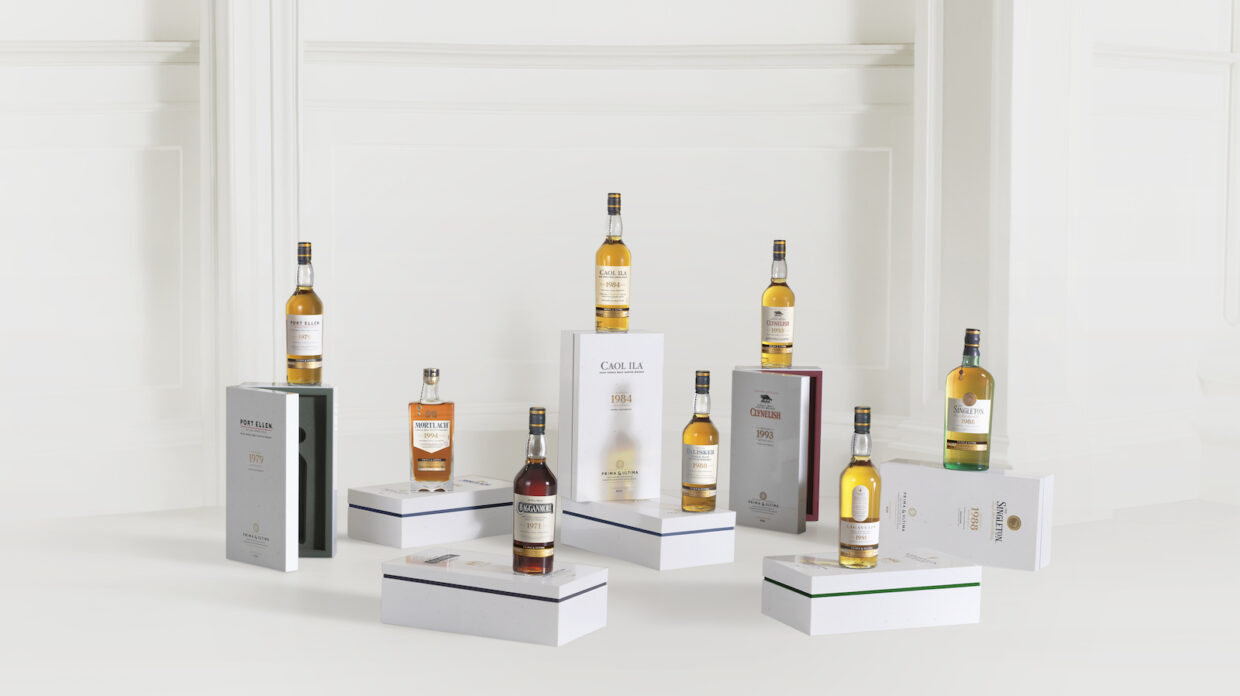 Drinks conglomerate Diageo owns nearly a quarter of Scotland’s distilleries and has some of the world’s richest stocks of whisky. The annual Special Releases give a glimpse of the company’s breadth and diversity of offerings, with bottlings like Carsebridge 48 year old—a venerable grain whisky matured well past the normal range—and Pittyvaich 29 year old, from a closed distillery, earning high scores in the Whisky Advocate Buying Guide.

Older Special Release bottlings, especially of Brora and Port Ellen, fetch high prices at auction, and even the newer releases are regarded as collectible. But high-spending collectors now have something more dear to reach for: a new set of whiskies called Prima & Ultima. “The first and the last” of their kind, these bottles represent significant casks or moments in a distillery’s history. The collection includes offerings from Port Ellen, Talisker, Lagavulin, Caol Ila, and several other distilleries. The whiskies were chosen by master blender Jim Beveridge, the first time he has overseen single malt selections. All the whiskies are bottled at cask strength without chill filtration or added color.

Just 238 full sets of the Prima & Ultima First Release will be available via lottery for £20,000 (about $25,000), with registration starting on July 22 at exceptionalwhisky.com; a set will also go up at auction at Sotheby’s from August 27 to September 2, with all the proceeds going to WaterAid. Some bottlings will be available to purchase individually, offered first to collectors who aren’t selected to buy a full set; Diageo will release information about a la carte pricing at a later date. Each full set includes a book of personal stories from Beveridge, as well as a 20 ml. bottle of the whisky (so you can taste it without cracking open the full-size one). Diageo plans to release more Prima & Ultima whiskies in the future.

Full details on the Prima & Ultima Collection First Release are below.

From Islay to Speyside: Rare Whiskies in the Prima & Ultima Collection

Caol Ila 35 year old 1984 (Cask No. 5773)—50.8% ABV, 499 bottles
Bottled from a single refill European oak butt. This whisky was made as the distillery’s production was in decline due to decreased demand, allowing for longer fermentation times and other changes that impacted flavor.

Clynelish 26 year old 1993—49.8% ABV, 941 bottles
Bottled from refill American oak casks. According to Diageo, these were among the first casks filled “after the mysterious waxiness of Clynelish was understood and perfected.”

Cragganmore 48 year old 1971 (Cask No. 2301)—43.7% ABV, 352 bottles
Bottled from a single first-fill sherry butt. This was the last cask of spirit made on coal-fired stills before the distillery switched to steam heating.

Singleton of Dufftown 30 year old 1988—48.8% ABV, 469 bottles
Bottled from three refill American oak casks. The casks that yielded this whisky are from the last remaining casks filled in 1988, when Dufftown Distillery had just begun using a new “slow-craft” technique that involves long fermentations and a “gentle” distillation process.

Talisker 31 year old 1988—51.4% ABV, 721 bottles
Bottled from six refill American oak casks. The spirit filled into these casks showed an “unusual, less peaty, more rounded character” and so was set aside when initially filled in 1988. 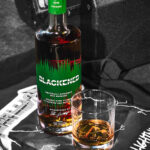 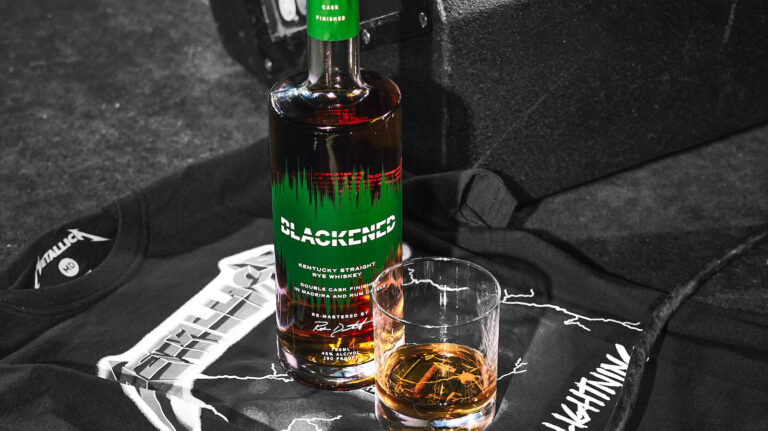