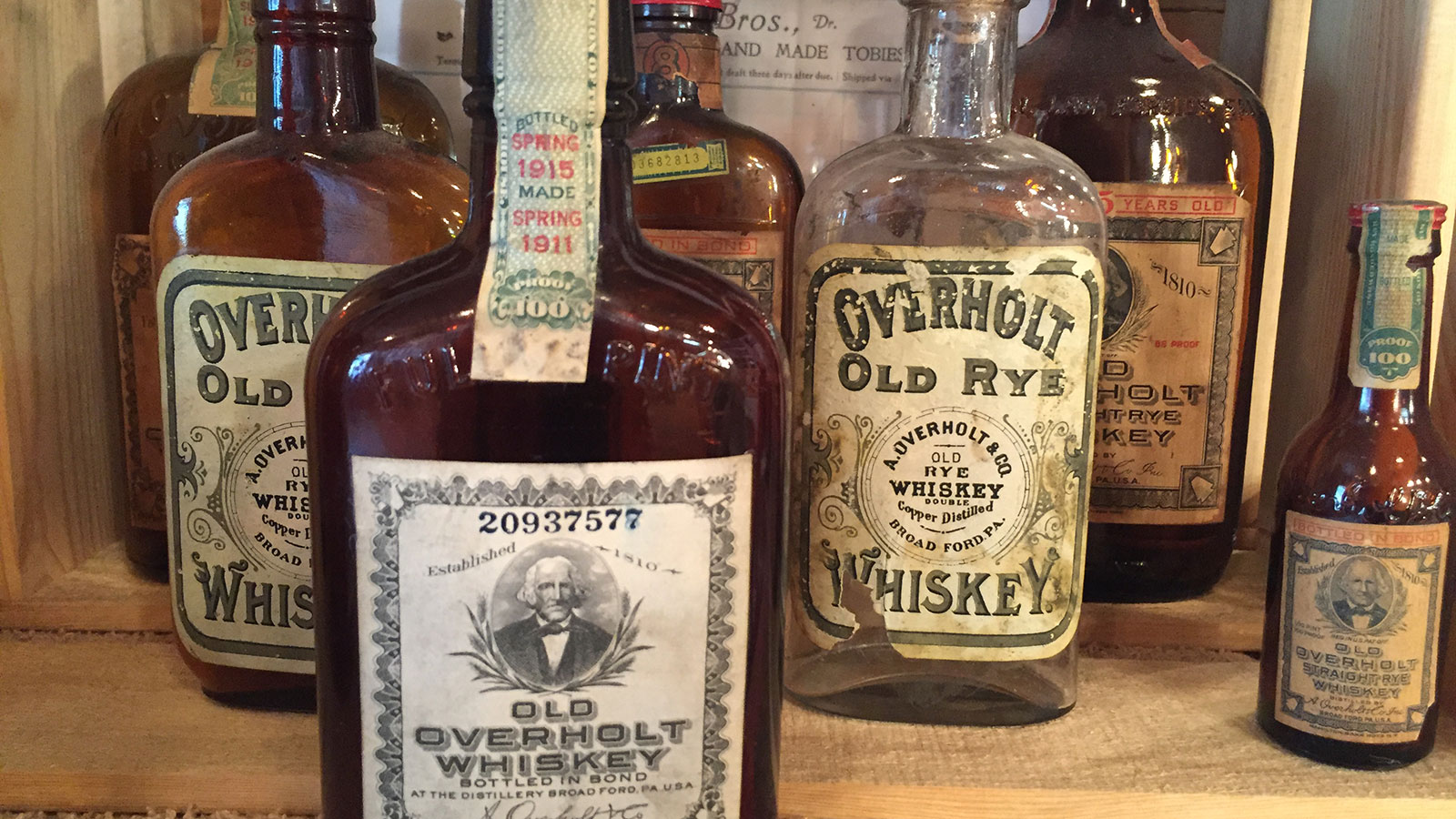 The history of Old Overholt dates back more than 200 years. (Photo courtesy of West Overton Village and Museums)

Old Overholt rye has had a steady presence on the bottom shelf of your local liquor store for decades, its founder’s face glaring at you from the label of every bottle—but it wasn’t always that way. In fact, Old Overholt was, at one time, one of the most respected and highly regarded whiskeys in the United States, said to have once been the preferred tipple of notables like Ulysses S. Grant and John Henry “Doc” Holliday. It is the only American whiskey brand that retains undeniable ties to the “Old Monongahela” (muh-non-guh-HAY-luh) style of rye.

So how did this once-lauded whiskey go from top of the heap to bottom-shelf bottle? It all started over 200 years ago.

The Oberholtzer family, headed by patriarch Henry, left Bucks County, Pennsylvania in 1800 and, after a six-month journey over the Allegheny Mountains in covered wagons, settled on the western frontier. Their 263-acre farm was located in a settlement they named Overton (later West Overton), and the family took to farming and the associated trades that would provide added value to their efforts. The Overholds (as the name was anglicized, later becoming Overholt) became noted for their weaving talents and they added a still to the farm in 1803, operated by Henry.

By 1810, Henry’s son Abraham had assumed control of distilling operations, which took place in a log cabin stillhouse on the property. At the age of 26, Abraham, considered by some as an “unruly Mennonite,” stood five feet, eight inches tall with a 42-inch chest, and was said to have possessed a “frugal, industrious, and economical disposition,” though as we shall see, no resources would be spared when it came to making whiskey.

A decade later he was distilling about 15 gallons of rye whiskey per day in a stone structure built around 1813. The size of the still itself increased three times between 1811 and 1828—from 150 to 168 gallons by 1814, to 212 gallons by 1823, and finally to 324 gallons by 1828. Abraham erected a new stone distillery in 1832, increasing daily production to more than 150 gallons—a capacity of nearly 55,000 gallons per year. Shortly thereafter, an adjacent gristmill was erected, eliminating the need to transport grain for milling elsewhere. The whiskey from West Overton soon had a brand name: Old Farm Pure Rye. The momentum was building, and fast. 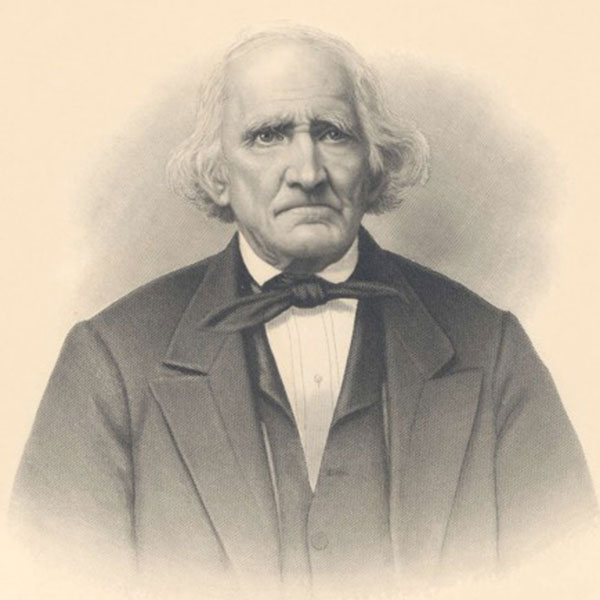 By 1854, two of Abraham’s sons, Jacob and Henry, and one of their cousins (also named Henry) began construction on a modern industrial distillery at Broad Ford on the east bank of the nearby Youghiogheny (yock-uh-GAY-nee) River, a major tributary of the Monongahela. The rising demand for Monongahela rye and the distillery’s immediate access to a new rail line ensured its success.

At West Overton, Abraham’s operation continued in growth mode, and in 1859 the old mill and distillery were replaced with a new, 5½-story brick structure that incorporated both operations under one roof. That building remains today as the whiskey museum at West Overton Village, the only intact pre-Civil War industrial village in Pennsylvania and an important site on the American Whiskey Trail.

The same year that the new West Overton distillery opened, Jacob died and Abraham bought up his two-thirds share of the Broad Ford distillery. Soon operating as A. Overholt & Co., he controlled two major distilleries and stood as one of the country’s largest whiskey makers.

Abraham died in 1870, and it took a few years for ownership to settle into the hands of his grandson, Henry Clay Frick, born and raised at West Overton, who was already a millionaire from his dealings in the purified coal known as coke. Frick brought friend and banker Andrew Mellon in as a one-third partner, along with Andrew Mauck, who was responsible for operations. In 1888, Mauck oversaw the re-labeling of the distillery’s product as “Old Overholt” in honor of Abraham, whose scowling face graced the label, just as it does today (though that scowl has become a little less threatening over the years).

Upon Frick’s death in 1919, Mellon inherited his share and became the dominant partner. It was the eve of Prohibition, which, of course, changed everything. Mellon was sworn in as President Warren Harding’s secretary of the treasury in 1921 and suddenly became responsible for the administration of “medicinal” whiskey licenses for a lucky few distilleries, including his own. 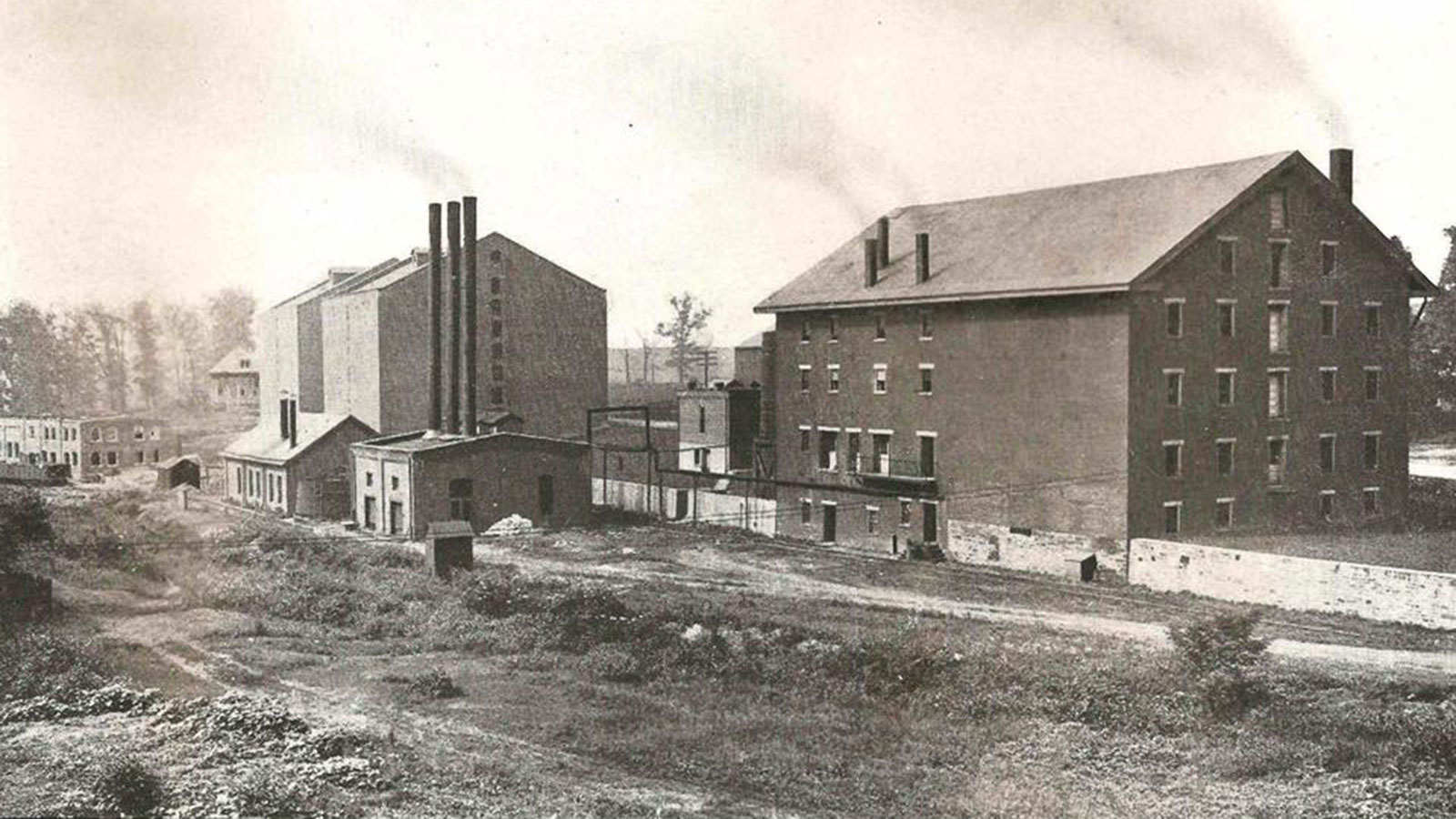 Under pressure from temperance forces, Mellon sold his interest in A. Overholt & Co., and the Broad Ford distillery eventually ended up in the hands of National Distillers after Prohibition. West Overton would not reopen. The Broad Ford distillery had been enlarged just before the acquisition and was ready to charge ahead, but Prohibition had changed America’s drinking habits. The afterglow of Repeal would not last long enough for most of Pennsylvania’s rye distillers to recover from so many dry years. Rye whiskey had fallen out of fashion, and though National touted two major brands of rye in its “America’s Four Most Whiskies” portfolio (Maryland’s Mount Vernon was the other), sales of both declined during the ‘40s. Demand for rye whiskey had fallen to such an extent that bottles began to carry age statements of 5, 6, even 7 years—well beyond the bonded requirement of 4 years. The last drop of Overholt rye came off the Broad Ford condensers in 1951. It looked like the end.

But it wasn’t, and Old Overholt persisted. It was one of the few rye whiskeys that continued to be distributed nationally, though details of its production during the mid-century are hazy, National Distillers also owned the nearby Large Distillery, which continued to distill and bottle Old Overholt for a few more years until its closure in the mid-‘50s. From this point until its acquisition by Jim Beam in 1987, no one really knows Old Overholt’s true lineage, though labels confirmed that the rye continued to be distilled in Pennsylvania.

But which distillery was making Old Overholt? There were few Pennsylvania distilleries remaining: Schenley (the last in western Pa.), Pennco (later renamed Michter’s) in Lebanon County, and Kinsey and Continental in the Philadelphia area. Each of them closed in the ensuing decades. Though Michter’s was the last to fold, in 1990, its last master distiller, Dick Stoll, says that Old Overholt was never made there. Also by this time, there was most likely some corn present in the mashbill to bring the whiskey closer to the more popular bourbon style. Regardless, after Beam bought the brand, Old Overholt was pulled up by its Pennsylvania roots and transplanted to Kentucky. Today it is made at one of Beam’s Kentucky distilleries, either Clermont or Boston.

Though the brand name (and Abraham’s visage) remain, the whiskey is now a distinctly different product than it was a half-century ago. Once a rye-heavy, 100-proof, bottled-in-bond dynamo, Old Overholt is now a high-corn, Kentucky-style rye bottled at 3 years old and 40% ABV. It’s not a bad drink, but it is nothing like the whiskey made at West Overton or Broad Ford.

As whiskey drinkers have rediscovered rye in recent years, Old Overholt is actually doing well. It is a staple in cocktail bars and still has a place on the backbar of many Pennsylvania taverns, in demand as the shot in a “shot and a beer.”

Old Overholt has lasted for over 200 years, and that’s a good sign for its continued success in the future. Personally, I hope to see it someday rise once more to the top shelf as a rye-rich, bottled-in-bond whiskey. “Distilled in Pennsylvania” would sure look good on that label again, as would old Abe’s trademark scowl.

Sam Komlenic is a whiskey historian and the copy editor for Whisky Advocate magazine.