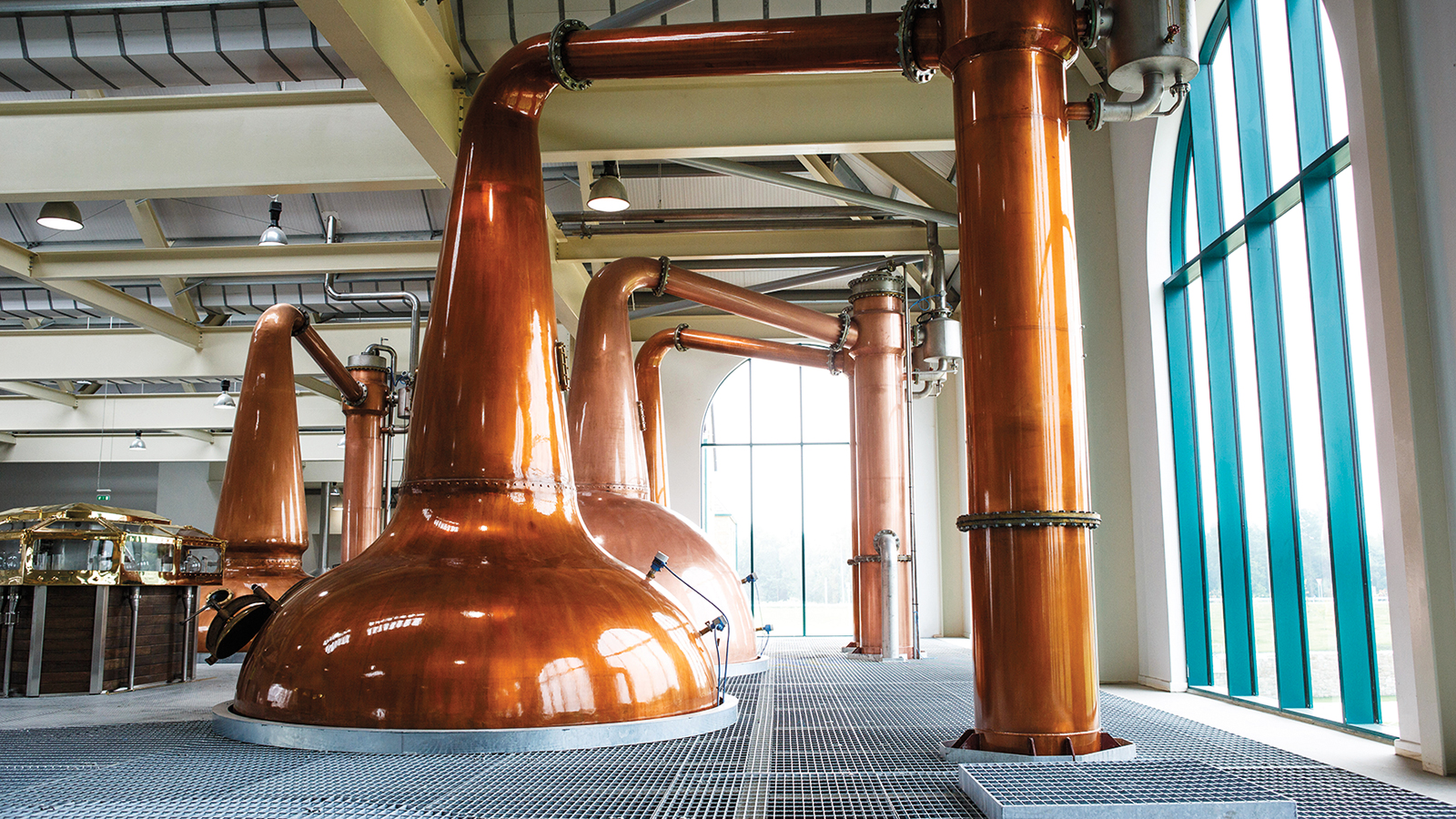 Since William Grant & Sons Ltd. acquired Ireland’s second-best selling whiskey, Tullamore Dew, in 2010 there has been significant activity around the brand.

According to Grant’s master blender Brian Kinsman, “These are exactly the same triple distilled single malts that we use in our blends, only older. We source them from Bushmills distillery and each spends time in bourbon, sherry, port, and Madeira casks before being brought together and vatted. The 14 year old is in each cask type for 6 or 7 months, while the 18 year old spends around 12 months in each.

“From the bourbon casks you get oak and intensity, while the sherry wood brings spicy and nutty characteristics. The port casks give deep ruby fruitiness, and the Madeira wood delivers a gingery, earthy note, particularly to the 18 year old. The proportions of spirit from each cask type are very similar in both aged variants, with bourbon being the largest, followed by sherry, port, and finally Madeira.”

Prior to the official launch of the two new malts in March of this year, the 14 year old had limited exposure in France and Travel Retail outlets, but now the pair is available in the U.S., France, Germany, Ireland, the Czech Republic, and South Africa. The whiskeys are offered at 41.3% and are priced at $70 and $120 respectively.

William Grant’s most expensive and symbolic gesture in relation to its Irish acquisition was the construction of a new Tullamore distillery at Clonminch, on the outskirts of the Irish Midlands town, a move that reunited the brand with its old home, where distilling last took place in 1954.

Work on the new distillery began in May 2013 and spirit first flowed in the autumn of the following year. The distillery contains six pot stills, one of which—with a distinctive offset neck—is a replica of the original.

Global brand ambassador John Quinn says, “We made 1.84 million liters of pure pot still and single malt whiskey in the first year, and this year we are able to make 3.6 million liters, distilling both styles simultaneously. The second phase of development will be the creation of a bottling plant on the site, to be followed by a grain distillery. I’m sure we will launch a single pot still in time, but that’s certainly for the future.”

For now, the challenge for Brian Kinsman is to ensure that the spirit being produced in Tullamore matches the existing style of Tullamore D.E.W’s family of whiskeys. “It’s quite difficult,” he says, “because we don’t just have to make great whiskey, we have to make Tullamore D.E.W.”