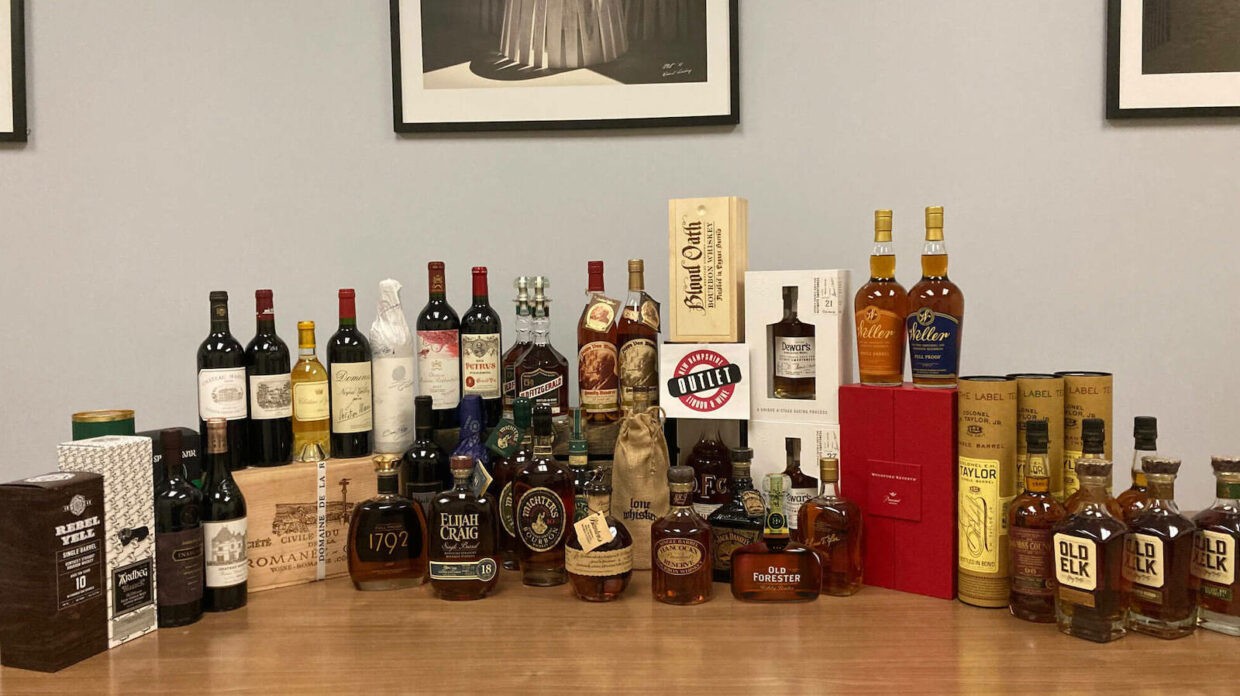 A $100 raffle ticket could win you all this whisky (or some rare wines), courtesy of the New Hampshire Liquor Commission.

It’s common to give the whisky lover in your life a special bottle for Christmas or Hanukkah—but how about 35 special bottles? The New Hampshire Liquor Commission (NHLC) is about to give one lucky person the chance to take home a slew of rare, in-demand, and hard-to-find whiskies, from Pappy Van Winkle to Old Forester Birthday Bourbon to O.F.C. 1994.

Following up on its successful Buddy-Up! raffle of Van Winkle, Buffalo Trace Antique Collection, and other high-end whiskeys, which raised $200,000 for Best Buddies New Hampshire, the NHLC is now upping the ante in a bid to raise half a million dollars for the New Hampshire Food Bank and Easterseals New Hampshire. The Cheers for Charity! raffle includes 35 whiskies, offered as a single package, and mainly comprising Kentucky bourbons and ryes, with a smattering of scotch and Irish whiskey. Not every whisky on the list is rare or hard to find, but most are, and no matter what, winning the package on a $100 ticket is the deal of a lifetime; the NHLC values it at over $30,000.

The Cheers for Charity! raffle is also a similarly desirable rare wine package, valued at nearly $19,000, which includes such storied offerings as Domaine de la Romanée-Conti, Château Margaux, Château Mouton Rothschild, Opus One, and the Tenuta San Guido Sassicaia. Winners of either package do not need to be New Hampshire residents; the prizes also include an all-expenses-paid trip to the state.

Tickets are on sale now, going for $100 apiece, with just 5,000 available through April 1 or until they sell out. (So if you are hoping to give them as a Christmas gift, you’ll have to wait a while to find out if you’ve won.) The likelihood of tickets selling out is high—the Buddy-Up! raffle tickets were gone in 48 hours—so act quickly if you want a chance at the prize. Full details on the bottles are below.

For Just $100, All This Whisky Could Be Yours