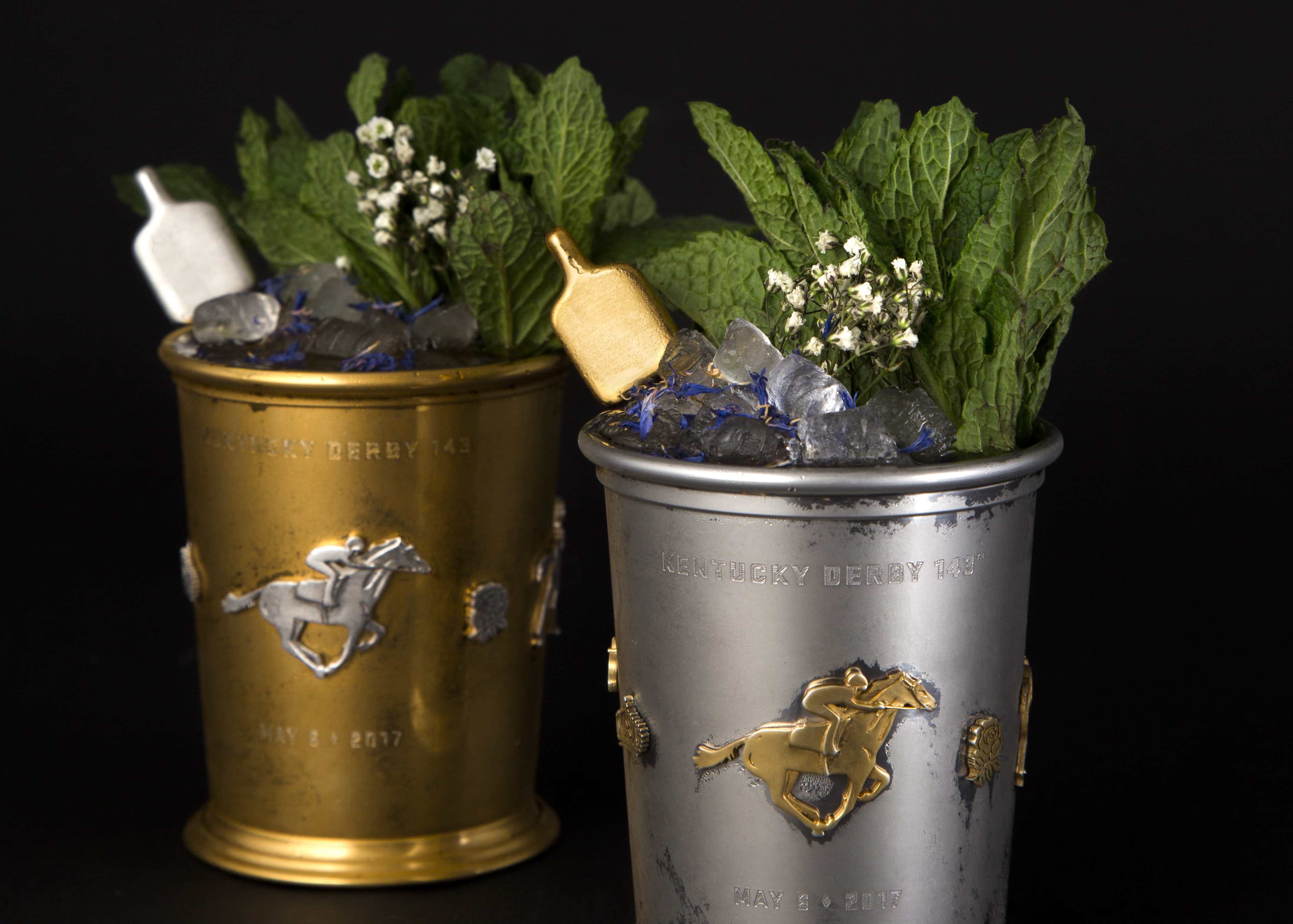 This year’s cup pays tribute to the Derby’s origins in British horse racing. After Churchill Downs founder Meriwether Lewis Clark attended the Epsom Derby in England in 1872, he was inspired to launch the Kentucky Derby in the same high-society vein. Created by Louisville-based jeweler From the Vault, the $1,000 Mint Julep Cup’s design and recommended recipe are based on the theme “The Sport of Kings…And Queen(s).” The sterling silver “Noble Cup” features three horses in stride, as well as a crown, a rose, and a horseshoe. Each embellishment is plated in 18-karat gold, and the cup comes with a gold-plated straw. In addition to the $1,000 cup, there’s also a $2,500 “Royal Cup” made of gold-plated sterling silver; it also includes a silver straw. Each cup is presented in a silk bag that calls to mind the “purse” won by horse races’ victors.

Just 90 Noble Cups and 15 Royal Cups are available for purchase through May 6th—go to woodfordreservemintjulep.com to snag yours. The catch? You (or a proxy) have to show up to Churchill Downs on Derby Day to collect it. At the same time you can grab this year’s Woodford Reserve Kentucky Derby Mint Julep—in a regular cup, if you don’t want to mess up your fancy drinking vessel—which also nods to the race’s English origins by incorporating Pimm’s liqueur and Earl Grey tea bitters. Check out the full recipe here.